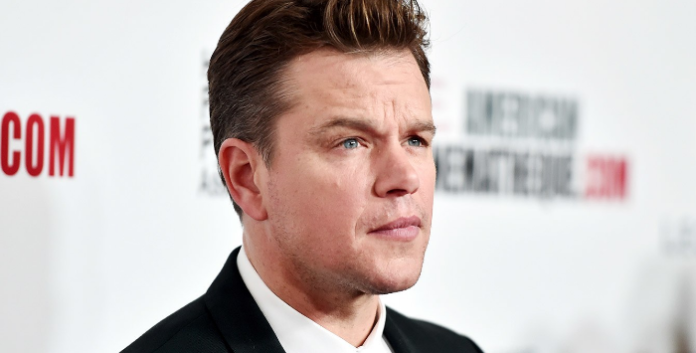 Matthew Paige Damon is one of the most recognizable people in Hollywood. Through his acting work, he became one of the richest modern celebrities. Today, we are going to take a look at Matt Damon, his net worth, as well as business and personal life. Let’s get started!

How Did Matt Damon Make His Money & Wealth

Matt Damon has a whopping amount of money – a total of $170 million net worth at just 47 years of age. He started acting way back in high school, and made his major movie debut in 1988, in Mystic Pizza. His mainstream breakthrough happened in 1997 when Good Will Hunting came out (he is the writer and actor in the movie). The movie earned several awards for Damon, skyrocketing his career and popularity. 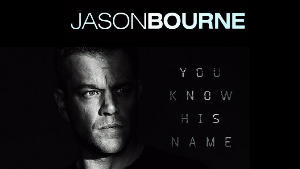 Through the years, he acted in many other critically-acclaimed movies, such as Saving Private Ryan, The Talented Mr. Ripley, Dogma, Syriana and The Departed. He is possibly best known for his roles as Jason Bourne in the franchise of the same name, and as Linus Caldwell in the Ocean’s Trilogy. He recently played the leading role in The Martian, a movie that was a huge box office success. His most recent roles were in last year’s The Great Wall, Suburbicon, and Downsizing.

Other than by acting, Damon made lots of money by producing and doing voice-over work. He has produced Project Greenlight, Jason Bourne (2016), Incorporated and Promised Land, among other projects. You can hear his voice in several animated movies, such as Ponyo, Titan A.E, and Happy Feet Two. Fun fact, for his 20-second voice over for Nespresso, Damon netted a hefty amount of $3 million.

Through all of his work combined, Matt Damon has amassed a true net worth of $170 million. Up next, we take a look at how he spends that kind of cash. 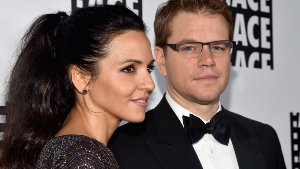 Matt Damon has been married to Luciana Bozan Barroso since 2005. The two met on the Stuck on You set, and have three daughters together. Their names are Isabella, Gia Zavala, and Stella Zavala. Barroso has a daughter from her previous marriage, which means that Damon also has a stepdaughter (Alexa Barroso).

On average, Matt Damon makes around $40,000,000 a year, according to statisticbrain. For the sake of comparison, most Americans take around 19 years to earn a million dollars (gross). And Damon makes 40 times that per year. Not bad, right? We can also predict that his earnings surely won’t drop anytime soon. If anything, they could be climbing up this year.

As most actors of his profile, he makes several million per each role he plays in. Here is a list of some of his movies and how much he made from them: 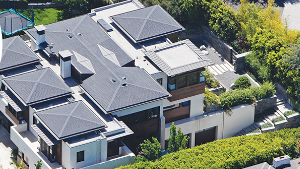 It is believed that Damons lives together with his family in their Los Angeles mansion, but there are also rumors of the actor purchasing a Brooklyn penthouse. His LA property spreads across ~9000 square feet and has five bedrooms, a couple of staff bedrooms and no less than nine bathrooms. He bought the mansion in 2013 for $15 million.

The rumored Brooklyn penthouse is the single most expensive property sale in the borough, with an asking price of $16.6 million. The penthouse spreads across multiple units of the complex, with a total of 6200 square feet. Of course, everything about it is state of the art design.

Damon doesn’t seem to care too much about cars, unlike many of his show business colleagues. He is rarely seen driving, and when it happens, you can catch him strolling in his Cadillac Escalade SUV. The perfect car for a man with a large family, so it makes perfect sense that the actor is driving it.

Damon is one of the best-known Hollywood’s philanthropists.