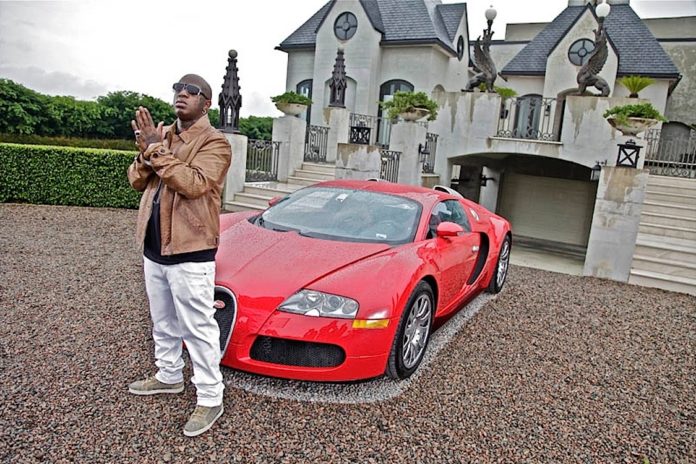 Music stars of all kinds usually have slick rides, but rappers in particular are known for showing off their riches in fast, fancy cars. Wherever they go, they stand out from the crowd with their luxury rides that pack aftermarket upgrades, custom paint jobs, and booming stereos. Rap is a genre packed to the brim with larger-than-life stars who have even larger amounts of wealth that they don’t hesitate to flaunt. Rap certainly isn’t known for modesty, and when it comes to showing off the most cutting-edge and expensive vehicles out there, these 10 rappers go out all out. 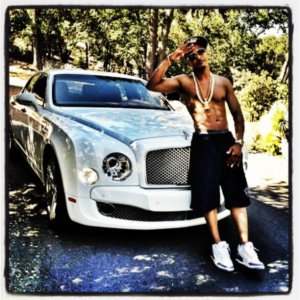 British auto manufacturer Bentley is extremely coveted among the most rich and powerful people in the world. Completely handbuilt, every feature is professionally crafted and customized to the owner’s liking. T.I.’s Mulsanne is customized with a glossy white paint job with shimmering chrome rims and accents, and nearly hugs the road with its sleek low-riding profile.

The Mulsanne was released in 2010, and T.I. was one of the first to get his hands on one. Before any other big rap star had one or even heard the name, he first referenced the vehicle in his collaboration with B.o.B on “Bet I” – then went out and got it. After he posted a picture of the car on his instagram, several other rappers got themselves a Mulsanne too. 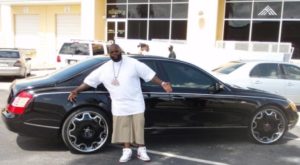 The most expensive cars in the world are produced by Mercedes owned German automaker Maybach. Few other luxury brands can compete with their speed and slick aesthetics. Few rappers can afford to flaunt their wealth with the Maybach name, which has helped make the brand a rap icon.

Rick Ross is one of the people in the world to own not just one, but two Maybach coupes. His custom 57 boast a classy black and white leather interior and a glossy black finish. He showed off the car the day he bought it with a post on his Instagram. 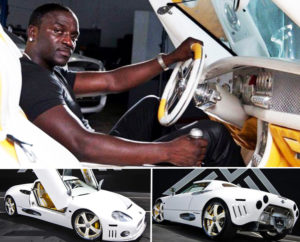 Dutch car maker Spyker is a lesser-known luxury sports car manufacturer, yet their vehicles pack a big punch. Spyker has a large lineup of slick looking cars that can reach speeds of 190mph. The C8 is a compact coupe with a powerful Audi V8 engine, retractable hood, and scissor doors.

Being a very unique and rare brand as well as boasting a gloss white finish and golden yellow interior, Akon’s C8 stands out from the crowd. Akon’s ride is so cool he probably feels like he Just Had Sex every time he drives it. 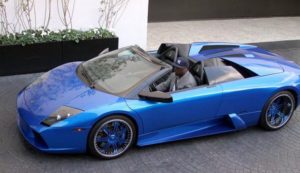 Also known as the “Mercy” in many rap songs, the Murcielago is the flagship vehicle of Lamborghini’s lineup. The Murcielago, the base model of which starts at $350K has a V12 engine, scissor doors, and a rear-mounted engine. Only 4,099 of the cars were built.

50 cent has given his Mercy a custom paint job several times. He also posted a video of him loading over $2 million in cash in the car’s front trunk and then taking it for a spin. 50 cent has reportedly sold the car. 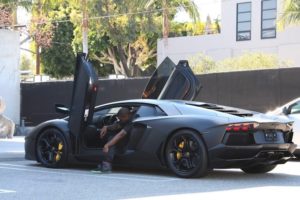 Rapper and music producer Kanye West is a big fan of Lamborghinis. While he and his now wife Kim Kardashian were dating, he received the car from her as a gift – Julybe that’s why he married her.

Kim Kardashian clearly has good taste in cars. Kanye’s Aventador has a gray matte finish, making it look like something from a Batman movie. The interior is 100% leather, gray and black with touches of soft suede. 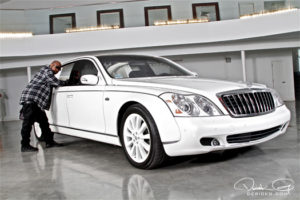 Rappers love Maybach, so it’s no surprise that Birdman got his hands on one. Birdman is without a doubt the biggest collector in rap, and has at one point claimed to have over 50 luxury whips. With a net worth of over 150 million, Birdman can easily afford to be constantly expanding his collection.

Birdman’s Laundaulet is totally gloss white, with a retractable rear hood to let in the breeze. The rear has retractable privacy screens so Birdman can kick it in the back seat while taking a ride.

Pagani is another Italian luxury vehicle manufacturer who makes fast supercars made out of ultra-light carbon fiber. The company has worked with several other luxury car manufacturers and has helped create some of the most unique iconic vehicle designs in the market.

Jay-Z is by far one of the wealthiest rappers – and people – in the whole world. His music and business ventures have netted him over 600 million dollars. His earnings have enabled him to be one of the biggest car collectors in rap. Jay-Z sure showed what he got in his music video “Show Me What You Got” with racing stars Danica Patrick and Dale Earnhardt Jr. 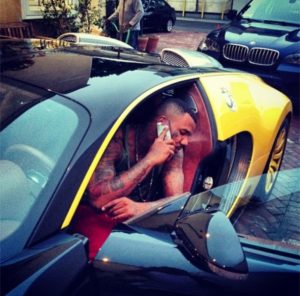 The Bugatti Veyron is one of the fastest cars in the whole world, with a top speed of 268 miles per hour. It also has one of the highest price tags in the world with a base cost of 1.7 million dollars. It is also one of the most expensive cars to maintain, with yearly running costs reaching nearly 300k per year. It’s cheaper to just get a private jet!

The Game bought himself his lightning-fast black and yellow Bugatti Veyron as a present to himself for his 33rd birthday. He paid another 2.4 million for additional customizations to the already opulent automobile. He posted a picture on Twitter the day he bought the supercar with the fitting hashtag #BugattiBdayBoy. 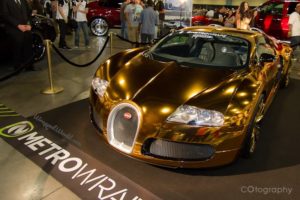 Another Veyron, these cars are super popular with rappers and celebs of all kinds. Their enormously expensive price tag has made them a big status symbol. Here’s a few figures to give you an idea of just how expensive the Veyron is: The special tires created with Bugatti’s special compound cost nearly $30,000 for each replacement. Bugatti suggests replacing them every 2,500 miles. The wheels cost over 50,000 per change, and Bugatti recommends changing those AND the tires every 10,000 miles. Regular maintenance costs at least 20,000 per year.

Regardless, these figures don’t sway big rappers like Flo Rida whatsoever from buying the expensive whip. Flo Rida went even further and dropped a pretty penny on a custom chrome finish, which was later changed to an ever richer-looking gold. Additionally, the wheels are 24K gold plated. 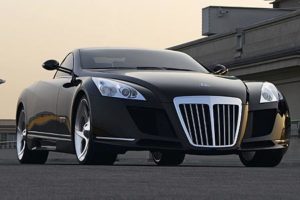 Topping off the list at an incredible 8 million dollars is Jay-Z’s Maybach Exelero. The Exelero is the most expensive car in the world, yet its price tag is a drop in the bucket for someone with a networth like Jay-Z. First produced in 2004, the Exelero was intended to be modern rendition of Maybach’s 1930’s models. Jay-Z showed off the car in his music video for “Lost One”. Only a small handful of other rappers own the Exelero.