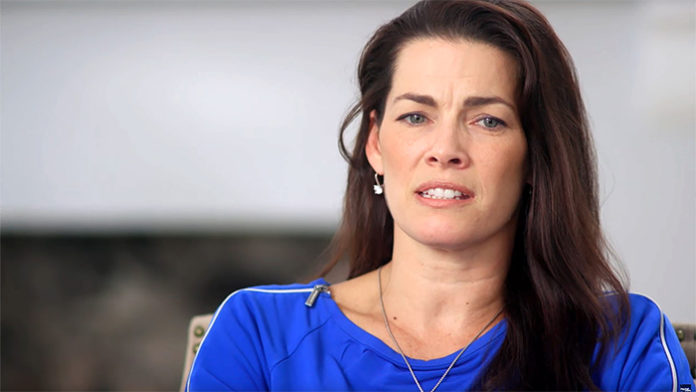 A retired figure skater, Nancy Kerrigan participated in several competitions throughout her career including the 1992 Winter Olympics, where she won the bronze medal. Some of the other events that she’d taken part in include the World Championships, National Figure Skating Championships, Skate America, among others.

During her second time at the Olympics in 1994 however, she fell victim to an attack, that was conspired by the former husband of her skating rival at the time, Tonya Harding. Despite the incident, however, she managed to recover in time to snag the silver medal at the event. Later that year, she announced her retirement from figure skating.

How successful is she nowadays? Is the former figure skater well off? From our research, Nancy Kerrigan’s current net worth is around the $8 million mark. Since her retirement from the sport, what has she been up to? What does she do to make a living? Has she appeared in the media lately? We’ll be trying to address some of these questions below.

How did Nancy Kerrigan Make Her Money & Wealth?

Born on October 13, 1969, in Stoneham, Massachusetts, Nancy Kerrigan took up skating at the age of six, as a result of following her brothers to the ice rink. By the time she was eight years old, she had started to take private lessons- not long afterward, she competed in her first competition. Until her mid-teens, she was coached by Theresa Martin.

Several years into her career, after she had already won several championships, the brunette made it to the 1994 Winter Olympics in Hamar, Norway. As it happened, however, she soon found herself attacked by an assailant, who after a police investigation, was allegedly hired by the ex-husband of Tonya Harding, her rival at the time.

An attack seemingly out of nowhere, it had shocked the skater to her core. Fortunately, however, she was able to recover just in time, to participate in the games, from which she would eventually win a silver medal.

Since her retirement in 1994, Kerrigan has appeared in a variety of ice shows such as Broadway on Ice and Champions on Ice. At one point, she even worked on an ice show adaptation of Footloose, a popular musical.

Despite having retired from figure skating, she has also remained active on television; for instance, she recently appeared in the talk shows Hollywood Today Live, Live with Kelly and Ryan, Good Morning America, and Inside Edition.

As far as reality TV goes, she even competed in the 24th season of Dancing with the Stars, which premiered in March 2017. Paired with Artem Chigvintsev, they ultimately made it to the seventh week before being eliminated.

As for acting, she has been involved with a handful of titles such as Ice Angel, Blades of Glory, and Fresh off the Boat. Though she didn’t appear in the movie herself, her incident with Tonya Harding was also made into a biographical film (i.e. I, Tonya), which came out in December 2017. In it, she was portrayed by actress, Caitlin Carver.

Since 1995, she has been married to Jerry Solomon.

Does Nancy Kerrigan Have Any Children?

She has three children with her husband, Matthew, Nicole, and Brian. From his previous marriage, she also has a step-son.

Did Nancy Kerrigan Go to College?

Yes, she did. She had studied at Emmanuel College in Boston, from which she received a business degree.

What is Nancy Kerrigan Famous For?

An accomplished figure skater during her prime, Nancy Kerrigan received a significant amount of attention following her attack before the 1994 Winter Olympics. Today, she remains active in the media.

Nancy Kerrigan currently lives in Boston, Massachusets, with her husband and three children. Photos of her home are not available

What Kind of Vehicle Does Nancy Kerrigan Drive?

Information on Nancy Kerrigan’s vehicle is unavailable at this time.

How Much Money Did Nancy Kerrigan Make Last Year?

Information on Nancy Kerrigan’s salary is unknown at this time

As mentioned above, the former figure skater recently participated in the 24th season of Dancing with the Stars in 2017. Last year, her attack during the 1994 Winter Olympics was also adapted into the film, I Tonya.

Want to stay connected with the former Olympian? Why not follow Nancy Kerrigan on social media? You can find her on Twitter at @NancyAKerrigan or on Instagram at @NancyaKerrigan. On Facebook, you can also support her on her official fan page here.