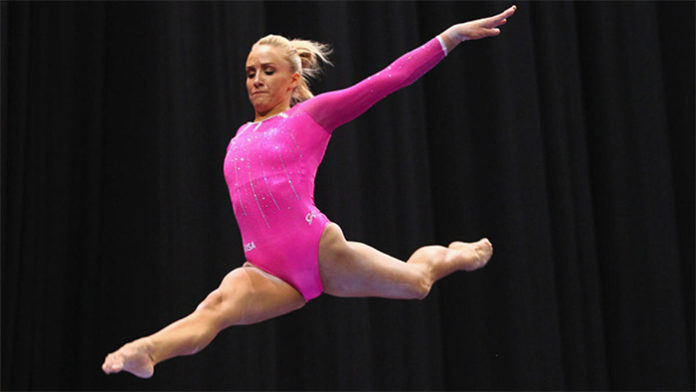 A former artistic gymnast, Nastia Liukin represented the United States at numerous competitions during her career. A two-time World Champion on the balance beam, she eventually also won the gold medal in the all-around event at the 2008 Summer Olympics in Beijing.

Outside of gymnastics, Liukin is also interested in acting. With that in mind, it’s not surprising to know that she’s appeared in a number of television shows such as Gossip Girl, Make It or Break It, and Hellcats, to name a few. Since her retirement from the sport in 2012, she has continued to make appearances on TV and film.

With all that the former Olympic champion has going for her, how successful is she now? Is she able to live out a comfortable lifestyle? How well off is the 28-year-old? From what we can gather, Nastia Liukin’s net worth currently sits around the $2 million mark. Where do most of her income come from? How many ongoing projects does she currently have? We’ll be trying to answer some of these questions below.

How did Nastia Liukin Make Her Money & Wealth?

Born on October 30, 1989, in Moscow, Russia, Nastia Liukin is the only child of two former competitive gymnasts, Valeri Liukin and Anna Kotchneva- in fact, her father had won the gold medal at the 1988 Summer Olympics, just a year prior to her birth. Following in their footsteps, she began gymnastics at the age of three. Though her parents were initially reluctant for her to become a gymnast due to the pressure of high-level competition, they eventually relented after noticing her talent for the sport.

At the age of twelve, Liukin competed as a junior for the first time at the National Championships. By 2003, she was hailed as one of the strongest junior gymnastics in the U.S. In fact, she would have been named to the Olympic team in 2004 if it wasn’t for her age.

By the 2005-06 season, Liukin had started to compete as a senior. That year, she won her first National Championships at that level, with gold medals on the balance beam and bars. From there, she would also go on to medal at the American Cup, and Pacific Alliance Championships.

In 2008, Liukin was selected to represent the United States at the Summer Olympics in Beijing. In total, she won five medals- including a gold in the All-Around event. A few years later in 2012, she announced her retirement from the sport.

Outside of gymnastics, Liukin has appeared on television several times. In fact, she even had a cameo role in the 2006 film, Stick It. At one point in 2008, she even made a guest appearance in an episode of the popular teen drama, Gossip Girl.

Speaking of which, she has also been invited onto many talk shows in the U.S. such as Late Night with Conan O’Brien, The Oprah Winfrey Show, and The Tonight Show with Jay Leno.

As far as other projects go, the gymnast had also released an autobiography titled, Finding My Shine in November 2015.

In 2015, she got engaged to her boyfriend, a former hockey player named Matt Lombardi.

Does Nastia Liukin Have Any Children?

No, Nastia Liukin does not have any children

Did Nastia Liukin Go to College?

In 2008, she began studying International Business at Southern Methodist University. Due to her training however, she was forced to leave prior to completing the program.

What is Nastia Liukin Famous For?

As an artistic gymnast, Nastia Liukin is perhaps best known for winning the all-around event at the 2008 Summer Olympics. Not only that, but she’s a two-time World Champion on the balance beam.

She currently resides in Parker, Texas. Further information is not available.

What Kind of Vehicle Does Nastia Liukin Drive?

Information on Nastia Liukin’s vehicle is unavailable at this time.

How Much Money Did Nastia Liukin Make Last Year?

Most recently last year, she appeared on television twice- once in the TV special, AT&T American Cup and another time in WGN Morning News.

Regarding the USA Gymnastics Sex Abuse Scandal that came to light last, she stated that she was “completely shocked.”

Want to follow the former gymnast on social media? If so, why not check out her online accounts? You can find Nastia Liukin on Twitter at @NastiaLiukin and on Instagram at @NastiaLiukin. On Facebook, she also has an official fan page which you can like here.