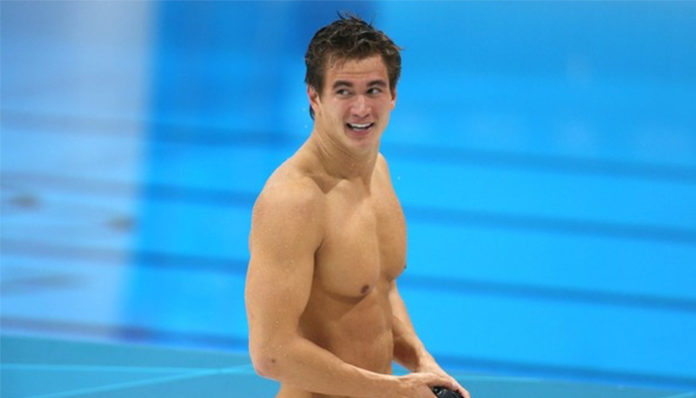 A competitive swimmer, Nathan Adrian previously held the American record for the 50-meter freestyle event. Hailing from Washington, he has represented the United States at three Summer Olympics, where he has won a total of five gold medals. In addition to that, he has also received two bronze, as well as a silver.

Aside from the Summer Olympic Games, Adrian has also competed in several other events such as the World Championships, and Pan Pacific Championships. Recognized for his efforts, he was inducted into the Robert Chinn Foundation Asian Hall of Fame in 2014.

With all that said, how is the five-time Olympic gold medalist doing for himself now? How much prize money has he won from his podium finishes? How well off is he? From what we can gather, Nathan Adrian’s current net worth hovers around the $2 million mark. Where did the majority of this come from? What are the greatest sources of income for the swimmer? Let’s find out below.

How did Nathan Adrian Make His Money & Wealth?

Born on December 7, 1988, in Bremerton, Washington, Nathan Adrian is the son of Cecelia and James Adrian. The youngest of three children, he has two older siblings named Donella and Justin. Ultimately, it was their influence that made him start swimming at the age of five. Following in their footsteps, he eventually joined the local swim team.

After graduating from high school, he swam for the University of California, Berkley, starting in the fall of 2006. Two years later, he won his gold medal at the World Championships in Manchester, after finishing first in the 100m freestyle and 4x100m freestyle events.

Later that same year, Adrian represented the U.S. for the first time at the 2008 Summer Olympics after placing fourth in the Olympic Trials. At the event, he ended up winning a gold medal in the 4x100m freestyle, despite the fact that he didn’t take part in the final.

Since then, Adrian has also competed in the 2016 Summer Games in Rio de Janeiro. Perhaps his best year so far, he ended up winning two gold medals, a silver, as well as two bronzes.

Like most professional athletes, he has received a fair share of endorsement offers. For instance, it was announced that he had signed with Speedo, one of the world’s most popular swimsuit manufacturers in 2011.

As far as other things go, he has also appeared on television several times. Some of the show’s that he’s made appearances in include The Tonight Show with Jay Leno, Red Carpet Report, Chelsea, The Late Late Show with James Corden, and The Real Winning Edge. In 2009, he was also featured in an episode of MythBusters, where he was seen assisting Jamie Hyneman and Adam Savage in testing a myth that said it was possible to swim fast in syrup.

Last summer, it was announced that he had gotten engaged to Hallie Ivester.

Does Nathan Adrian Have Any Children?

No, Nathan Adrian does not have any children

Did Nathan Adrian Go to College?

In 2006, he started to attend the University of California, Berkeley, where he swam for the school’s swim team.

What is Nathan Adrian Famous For?

As a competitive swimmer, Nathan Adrian is perhaps best known for having won five gold medals for the United States at the Summer Olympic Games.

Nathan Adrian currently resides in Berkeley, California. Photos of his home are not available.

What Kind of Vehicle Does Nathan Adrian Drive?

Information on Nathan Adrian’s vehicle is unavailable at this time.

How Much Money Did Nathan Adrian Make Last Year?

Information on Nathan Adrian’s annual earnings for 2017 is not available.

Want to support the Olympic swimmer? If so, how about following him on social media? You can find Nathan Adrian on a few outlets including Twitter at @Nathangadrian and Instagram at @Nathangadrian. Alternatively, you can also check out his official Facebook fan page here.