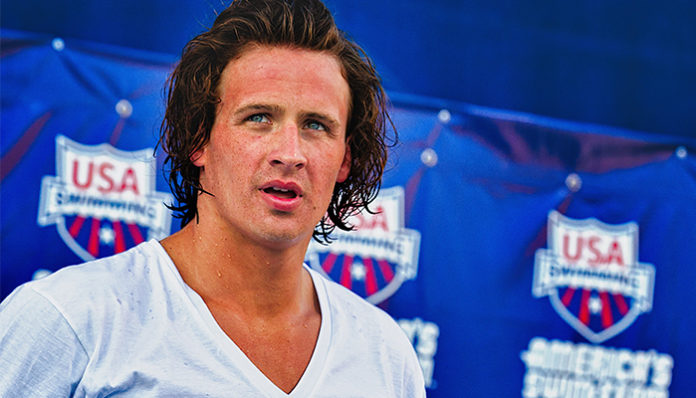 A six-time Olympic champion, Ryan Lochte is currently one of the top competitive swimmers in the United States. Noted for his incredible speed, he has participated regularly in the Summer Olympic Games since his debut in 2004. In addition to that, he has also won numerous gold medals at the World Championships and Pan Pacific Championships.

One of the most well-recognized athletes in the U.S., he has appeared on television numerous times over the past several years. Not only has he been featured in a few TV commercials, but he has also made a few acting appearances in shows such as 30 Rock, and 90210. In fact, he even had his own reality series at one point called, What Would Ryan Lochte Do.

With everything that he has going for him, how wealthy is the 33-year-old now? How much has he banked over the years? From our research, Ryan Lochte’s current net worth is around the $6 million mark. What are his greatest sources of income? We’ll be trying to answer this question for you below.

How did Ryan Lochte Make His Money & Wealth?

Born on August 3, 1984, in Rochester, New York, Ryan Lochte grew up in the city of Bristol, where he was taught how to swim by his parents (his father worked as a swim coach) at the age of five. Not long afterward, he moved with his family to Florida, for his father’s work. Continuing to spend time at the pool, he eventually began to compete in the Junior Olympics. Ultimately, it was after a particular loss when he was fourteen, that he decided to take the sport more seriously.

After several years of training, he qualified for his first Summer Olympics in 2004, after finishing second at the US Olympic Team Trials. Representing the United States in Athens, he ultimately won two medals- a gold in the 4x200m freestyle, and a silver in the 200m medley.

Four years later, he replicated his success at the 2008 Summer Games in Beijing, where he won not one, but two gold medals. In addition to that, he also won two bronzes in the 200m medley and 400m medley events.

Since then, Lochte has competed in two additional Summer Olympics. Most recently, he defended his champion title in the 4×200 m freestyle event in Rio de Janeiro.

As expected from one of the best-recognized athletes in the U.S., he has received a number of endorsement offers over the years. For instance, it’s said that he had earned over $2 million from working with brands such as Gillette, Speedo, Gatorade, Nissan, and Ralph Lauren, in 2012 alone. At one point, he even appeared in a commercial for the Nissan Altima.

Speaking of television, he has also appeared in a number of shows such as 90210, and 30 Rock. In 2013, he even had his own reality series called, What Would Ryan Lochte Do, which premiered on the E! Network. In August 2016, he also competed in the twenty-third season of Dancing with the Stars, though he was ultimately sent home on Week 8.

During the 2016 Summer Games, it was revealed that he was dating Kayla Rae Reid. Two years later, they married in early 2018.

Does Ryan Lochte Have Any Children?

The swimmer has a son named Caiden Zane Lochte, who was born in June 2017.

Did Ryan Lochte Go to College?

Sometime after completing high school, he enrolled in the University of Florida, from which he eventually received a bachelor’s degree in sports management.

What is Ryan Lochte Famous For?

As a competitive swimmer, Ryan Lochte is perhaps best known for his achievements at the Summer Olympic Games- including six gold medals, and three silvers.

The last that we’d heard, Ryan Lochte currently trains with his coach in California. Further information on his location is not available.

What Kind of Vehicle Does Ryan Lochte Drive?

Information on Ryan Lochte’s vehicle is unavailable at this time.

How Much Money Did Ryan Lochte Make Last Year?

Information on Ryan Lochte’s annual earnings for 2017 is not available.

As mentioned earlier, he recently married his girlfriend, Kayla Rae Reid in January 2018. In 2017, the couple also welcomed a son into the family.

If you’re a fan, why not follow Ryan Lochte on social media? You can find him on Twitter at @RyanLochte or on Instagram at @RyanLochte. On Facebook, he also has an official fan page which you can check out- click here to visit it.