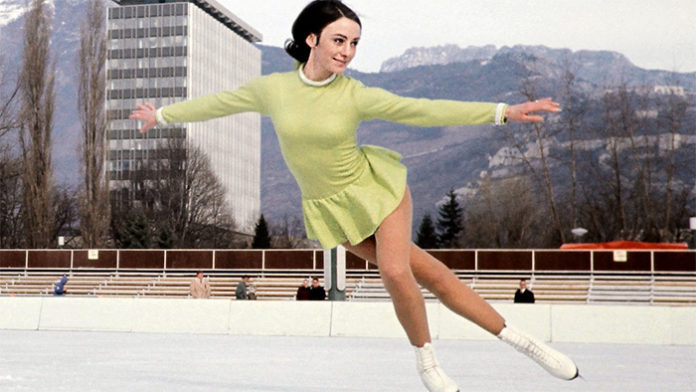 A former figure skater, Peggy Fleming competed in numerous events during the prime of her career in the 1960’s. Not only did she win the ladies’ singles event three times at the World Championships, but she had also earned herself the gold medal at the 1968 Winter Olympic Games in Grenoble.

Following her retirement, Fleming remained involved with skating through various ice shows, one of which includes the Ice Capades. Perhaps the most notable of all, however, is her role as a television commentator in figure skating- something that she’s been doing now for over two decades.

With the knowledge, experience, and expertise that she has, surely she’s doing pretty well herself? How wealthy is the former Olympic champion? From our research, Peggy Fleming’s current net worth hovers around the $8 million mark. So yes, if anything, she’s able to afford herself a comfortable lifestyle. The question is, where did this money come from? Let’s take a look below.

How did Peggy Fleming Make Her Money & Wealth?

Born on July 27, 1948, in San Jose, California, Peggy Fleming is the daughter of Albert Eugene Fleming and Doris Elizabeth Deal. Following the advice of her father, she took up skating at the age of nine. Soon, what was supposed to be a hobby turned into something much greater- by the time she was in her early teens, she had started to compete in various competitions.

At the age of twenty, Fleming participated in the 1968 Winter Olympics held in Grenoble, France. Coached by Carlo Fassi, her performance on the ice went on to earn her a gold medal. Following her win, she was featured in a number of TV specials such as Nutcracker on Ice, and Fantasy Island.

Even prior to the Olympics however, she had a number of titles to her name. For instance, she had won the gold medal at the 1967 North American Championships. Not only that, but she had won the Ladies’ singles event at the World Championships for three years straight, from 1966 to 1968. In 1965, she had also won the bronze medal.

Since her retirement from the sport in 1968, she has shifted her focus to television. Over the years, she has appeared in many shows such as Fantasy Island, Strawberry Ice, Diagnosis Murder, Newhart, and Blades of Glory.

Outside of acting, she has also taken part in a number of other programmings such as Entertainment Tonight, Frosted Pink, Intimate Portrait, Rise, Rain: A Tribute to the Beatles on Ice, and Skate for the Heart. In 2010, she had also worked on a 30-minute documentary called, Arts of the Olympians.

Perhaps the most noteworthy of all, however, is her work as a TV commentator in figure skating events- a role that she’s played for more than 20 years.

As far as other things, she was also the spokesperson for Robitussin’s “Last Name Giveaway” in 2011. Having successfully beaten breast cancer in the past, she is also an active breast cancer activist.

For many years, she and her husband also operated a winery called Fleming Jenkins Vineyards & Winery in California; it eventually closed in 2011.

Since 1970, she has been married to Greg Jenkins, a dermatologist.

Does Peggy Fleming Have Any Children?

Did Peggy Fleming Go to College?

Yes, she attended Colorado College. According to sources, it was ultimately there that she had met her husband.

What is Peggy Fleming Famous For?

As a figure skater, Peggy Fleming is perhaps best known for winning the ladies’ singles event at the 1968 Winter Olympics. Today, she is most recognized as a TV commentator in figure skating.

Peggy Fleming currently resides in California with her husband. Unfortunately, further information is not available at this time.

What Kind of Vehicle Does Peggy Fleming Drive?

Information on Peggy Fleming’s vehicle is unavailable at this time.

How Much Money Did Peggy Fleming Make Last Year?

Looking at her IMDb page, Fleming most recently appeared as a guest on the talk show, Today earlier this year. Aside from that, it looks like her last television appearance was back in the early 2010’s.

Unfortunately for us fans, it doesn’t look like Peggy Fleming is active on social media. With that said, she does have herself a fan page on Facebook with over 1,700 fans which you can visit by clicking here.