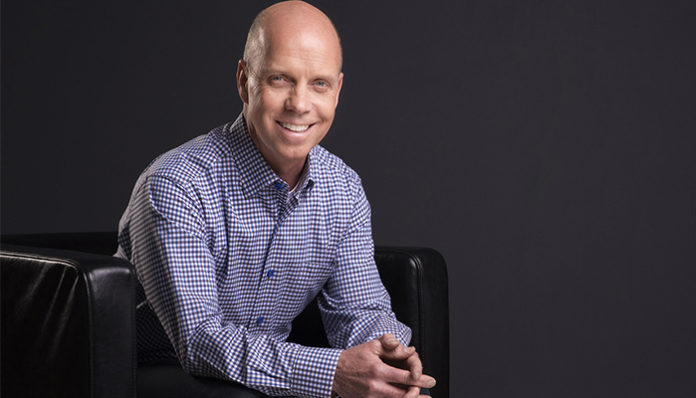 A former figure skater, Scott Hamilton won numerous titles during the peak of his career in the 1980’s. Known for his signature backflip- a move that only a few are able to perform, he had won the Winter Olympics in 1984. In addition to that, he is also a four-time World Champion and a four-time US Champion.

Since his retirement in 1984, he has been involved with several projects. For instance, he wrote a book titled, The Great Eight in 2009. On television, the former skater has also appeared in a number of shows such as King of the Hill, Wanna Bet?, Celebrity Apprentice, and Roseanne. In 2010, a TV special called, Scott Hamilton: Return to the Ice also aired in the U.S.

With all the accomplishments that he has, how successful is he now? How wealthy is the former Olympic champion? From what we can tell, Scott Hamilton’s current net worth is around $30 million. Where did he earn such an amount from? What are some of his biggest endeavors? Let’s try to figure this out below.

How did Scott Hamilton Make His Money & Wealth?

Born on August 28, 1958, in Bowling Green, Ohio, Scott Hamilton was adopted by Dorothy McIntosh and Ernest Hamilton when he was just a few weeks old. Raised with two siblings, he took up skating at the age of nine. A natural on the ice, he eventually started to compete in local and regional events by the time he was eleven.

Throughout his skating career over the next decade and a half, Hamilton participated in numerous competitions. After winning silver at the Nebelhorn Trophy during the 1976-77 season, he successfully took home the bronze medal at the US Championships the following season. That same year, he made his debut at the World Championships where he finished eleventh overall.

From there, Hamilton participated in his first Winter Olympic Games in 1980, after winning bronze at the US Figure Skating Championships. Though he ultimately did not win a medal, the event did serve to increase his notoriety on the international level.

From that point onward, his performance on the ice also improved. On a roll, the skater went on to win numerous golds at the World Championships, Skate America, Skate Canada, and NHK Trophy over the next few years. Finally in 1984, he took home the gold medal at the Winter Olympic Games held in Yugoslavia.

Since his retirement (which was announced shortly after his Olympic win), he has appeared in a handful of TV shows such as Wanna Bet?, King of the Hill, Celebrity Apprentice, Blades of Glory, and Roseanne. In 2010, a two-hour special titled, Scott Hamilton: Return to the Ice also aired on the Bio Channel, which followed his return to skating after battling cancer.

As far as other projects, he wrote a book titled The Great Eight, in which he discusses how he overcame his life’s challenges and disappointments in 2009.

Since 2002, he has been married to a nutritionist named Tracie Robinson.

Does Scott Hamilton Have Any Children?

He has three sons, Max Thomas, Aidan McIntosh, and Jean Paul, as well as a daughter named Evelyn.

Did Scott Hamilton Go to College?

He studied at Bowling Green State University in Ohio.

At one point after enrolling in college, he was almost forced to quit skating due to high training costs. Fortunately, Helen and Frank McLoraine agreed to provide the athlete with financial support.

What is Scott Hamilton Famous For?

A former figure skater, Scott Hamilton is perhaps best known for having won the gold medal at the 1984 Winter Olympics.

Scott Hamilton currently lives with his family in Franklin, Tennessee. Photos of his home are not available.

What Kind of Vehicle Does Scott Hamilton Drive?

Information on Scott Hamilton’s vehicle is unavailable at this time.

How Much Money Did Scott Hamilton Make Last Year?

Unfortunately, after having battled cancer a few times in the past, he was diagnosed with a third brain tumor in 2016. Fortunately, it was later stated that it had shrunk without chemotherapy in the spring of 2017.

Want to stay up-to-date with the former Olympic champion? If so, why not follow Scott Hamilton on social media? He’s active on Twitter and Instagram at @ScottHamilton84. Alternatively, you can also support him on his official Facebook fan page, which you can visit by clicking here.