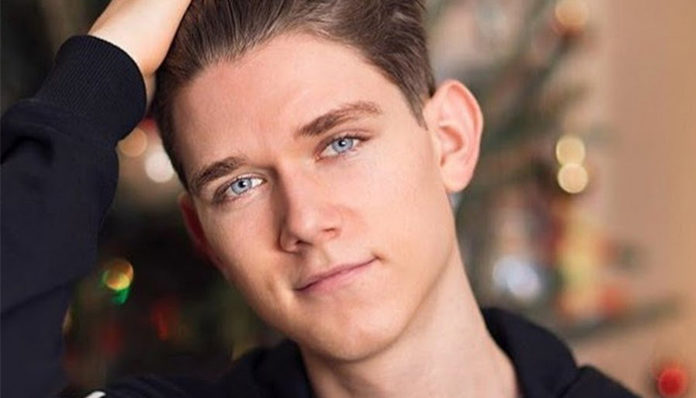 A social media personality, Devan Key is perhaps best known as the brother of Collins Key, a magician who rose to fame after appearing on America’s Got Talent. Though not as popular as his brother per se, his appearances in his videos have earned him a solid fanbase on multiple online platforms. For instance, he currently has more than 750,000 followers on Instagram.

On YouTube, the teen also has a decent following, with over 55,000 subscribers tuning into his videos. Having said that, most of his activity is on his brother’s self-named channel, Collins Key. If you want to see their collaborations, be sure to subscribe to his YouTube channel!

It’s no secret that Collins is doing fairly well for himself- seeing as how he has well over 10 million followers on YouTube alone, but what about Devan? How successful is the younger brother? Unfortunately, his net worth is currently still under review. Since we’re here, however, let’s take a look at some of his greatest achievements so far.

How did Devan Key’s Make His Money & Wealth?

Born on April 17, 1998, in California, Devan Key grew up with his older brother, Collins, whom he’s extremely close to. Even now, the two get along incredibly well, with their similar interest and hobbies. In fact, it’s ultimately through Collins’ recent popularity that the teen himself gained attention on social media.

His brother a skilled magician, it’s said that Collins had shot an arrow at him when they were young, with claims that he was a ninja. Eventually taking his interest in magic further, his brother participated in the eighth season of America’s Got Talent, where he managed to successfully reach the finales.

Though Devan himself has a YouTube account, most, if not all of this activity is through his brother’s channel. Over the past year, the two siblings have worked on numerous videos together such as Musical.ly Battle Musers, Are We Single? Sibling Tag, Pancake Art Challenge, and Whats in my Mouth Challenge, to name a few, all of which have since been viewed millions of times.

Though it’s unclear whether or not Collins shares his earnings with Devan, one thing is for sure- his revenue from YouTube is nothing to scoff at. As of 2018, he has amassed more than 10 million subscribers, with over 1.2 billion views. Assuming that he’s paid at least $5 per 1,000 monetized views (which might be on the low end for someone of his caliber), he would have already made $2.5 million so far. As mentioned above, however, these are simply Collins’ ad revenue- whether or not he shares them with his brother (who often appears in his videos) is another story.

With that said, Devan himself does have a decent following on social media- albeit not as impressive as his brother’s. On Instagram, his photo feed has earned him more than 790,000 followers while his Twitter account has over 112,000 followers.

At one point, the teen even appeared on television in an episode of Girl Meets World, “Girl Meets Gravity.”

No, he is not married. As far as we can tell, the teen is also not in a relationship.

Does Devan Key Have Any Children?

No, Devan Key does not have any children.

Did Devan Key Go to College?

For now, not much information is available on Devan Key’s education history. At this time, it’s unknown whether or not he has pursued a college education.

What is Devan Key Famous For?

Devan Key is perhaps best known for being the younger brother of the magician, Collins Key. Since his rise to fame, he has been featured in numerous of his YouTube videos.

At this time, information on Devan Key’s abode is unavailable. Unfortunately, photos of his home are also unavailable.

What Kind of Vehicle Does Devan Key Drive?

Information on Devan Key’s vehicle is unavailable at this time.

How Much Money Did Devan Key Make Last Year?

Information on Devan Key’s salary is unknown at this time

As he has been before, Devan has appeared in several of his brother’s videos over the past year.

Though he’s not active on his own YouTube channel, you can find him on several other social media platforms- for instance, Devan Key is on Twitter at @DevanKey and Instagram at @DevanKey. For now, it doesn’t look like he has a fan page on Facebook.