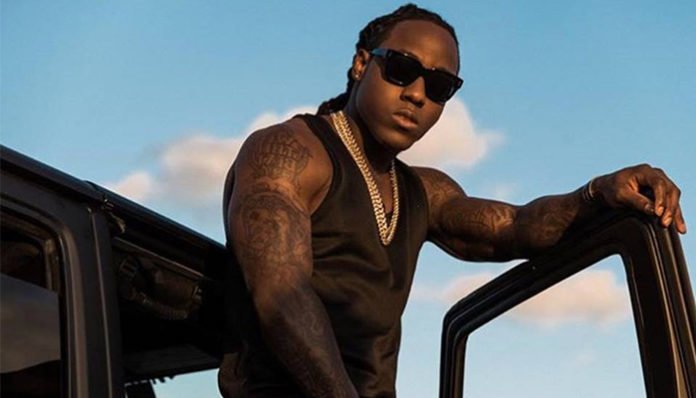 An American rapper, Ace Hood is perhaps best known for his hit songs Bugatti and Hustle Hard (the former of which features Rick Ross and Future), both of which charted in the United States. Formerly signed to Cash Money Records and Def Jam Recordings, he has currently signed to We the Best Music Group. His debut project, Gutta was released in the fall of 2008.

Since then, the artist has dropped several other titles including Blood, Sweat & Tears, Ruthless, and Trials & Tribulations. Most recently, he released the EP, Trust The Process through Hood Nation in 2017.

With all that said, how lucrative has his music career been? How successful is the 29-year-old now? How wealthy is he? From our research, Ace Hood’s current net worth hovers around the $5 million mark. Where did most of this come from? What are his greatest money makers? Let’s take a look at these questions below.

How did Ace Hood Make His Money & Wealth?

Born on May 11, 1988, in Port St. Lucie, Florida, Ace Hood was raised by his single mother. As a teen, he enjoyed many sports- particularly football. In fact, he even considered going pro; it wasn’t until he sustained an injury during the tenth grade that he gave up on his football dreams. Following that, he began to focus his attention on rapping instead.

In 2008, he released his debut album, Gutta through Def Jam Recordings and We the Best Music Group. Complete with 16 tracks, it featured guest appearances from T-Pain, Akon, Trick Daddy, and Dre, among a few others. Relatively successful, it entered the US Billboard 200 at number 36, with 25,000 sold units in the first week.

A year afterward, he followed up with a second album titled, Ruthless. An improvement over his first title, the 13-track project debuted at number 23 on the Billboard Top 200, with close to 20,000 copies sold in the first week. Some highlights from the playlist include Champion, and Overtime, both of which were collaborations with other artists.

Since then, Ace Hood has released two additional albums- Blood, Sweat & Tears in 2011 and Trials & Tribulations in 2013. Both incredibly successful, they charted among the Top 10 on the US Billboard 200. Among the singles that they gave rise to was the platinum hit, Bugatti (Feat. Future and Rick Ross).

Aside from his solo albums, the rapper has also made a number of appearances as a featured artist in the works of Birdman, DJ Khaled, DJ Absolute, and Sakodie. Some of these tracks include New Guy, All We Know, and Out Here Grindin.

Naturally, a good portion of his wealth comes from the success of his studio albums. Having said that, he does have other sources of income such as the concert shows that he puts on throughout the year (though it doesn’t look like he has any planned for the next few months).

With close to 800,000 subscribers on YouTube, it’s likely that he also pulls in some earnings from the site.

The last that we’d heard, he was in a relationship with Shelah Marie, an up and coming actress who has been featured in a number of movies over the past few years.

Does Ace Hood Have Any Children?

No, Ace Hood does not have any children as far as we know

Did Ace Hood Go to College?

As far as we can tell, Ace Hood has not attended college.

What is Ace Hood Famous For?

As a rapper, he is perhaps best known for his albums Trials & Tribulations and Blood, Sweat & Tears, both of which peaked among the Top 10 on the Billboard Top 200 Chart.

As far as singles go, his most popular titles are Bugatti and Hustle Hard.

Ace Hood currently lives in Florida. Further information is not available at this time.

What Kind of Vehicle Does Ace Hood Drive?

How Much Money Did Ace Hood Make Last Year?

Information on Ace Hood’s annual earnings for 2017 is not available.

Most recently, he released his extended play, Trust The Process in August 2017. In terms of studio albums, he hasn’t dropped any new titles since Trials & Tribulations in 2013.

Want to follow the rapper online? If so, how about checking out his social media accounts? You can find Ace Hood on Twitter at @AceHood or on Instagram at @AceHood. On Facebook, you can also check out his fan page here for the latest news and announcements.