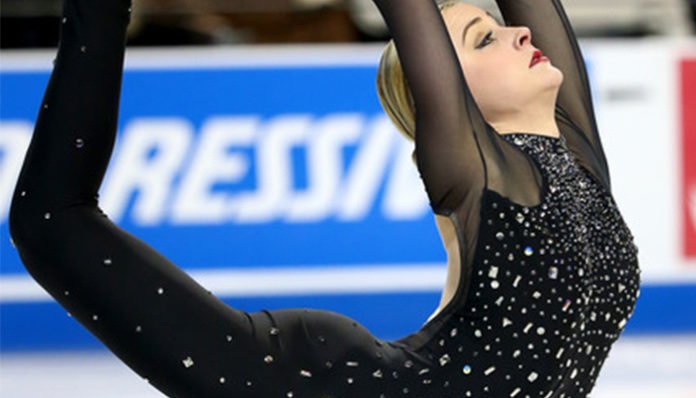 Hailing from Texas, Ashley Cain has been competing in figure skating ever since her teens in the early 2000’s. As a single skater, she first gained prominence after winning the silver medal at the US Junior Championships; from there, she eventually finished in third place at the 2013 Nebelhorn Trophy.

In addition to competing in women’s singles, however, she also competes with Timothy LeDuc as a pair skater. Since they first got together in 2016, they have participated in several events such as the Finlandia Trophy and Nebelhorn Trophy (the latter of which saw them win a bronze medal).

How rewarding has her skating career been so far? Has she won any prize money from her competitions? How well off is the 22-year-old? Unfortunately, Ashley Cain’s net worth is currently unavailable. Since we’re here talking about her, however, let’s take this chance to go over some of her greatest accomplishments on the ice so far.

How did Ashley Cain Make Her Money & Wealth?

Born on July 22, 1995, in Carrollton, Texas, Ashley Cain is the daughter of Peter Cain, a former pair skater who had competed at the 1980 Winter Olympics, and Darlene, a former ice dancer. Following in her parents’ footsteps, she began skating when she was just four years old. Quickly taking to the slippery surface, she eventually got involved with pairs at the age of seven, under the suggestion of her father.

Together with Joshua Regan, her skating partner, she competed in novice pairs at the 2008 U.S. Championships, where she finished in eighth place. Coached by Peter Cain and David Kirby, they eventually received a few other assignments including two Junior Grand Prix series. From there, they successfully won a gold medal as juniors at the U.S. National Championships. With this, they became the only pair to have ever won both the novice and junior titles back-to-back in the United States.

The next season, the two began competing on the senior level. After finishing in fourth place at the International Cup of Nice, they once again took part in the U.S. Championships, where they placed sixth. Not long afterward, it was announced that they would no longer be competing in pairs together.

Back to competing on the singles track, Cain went on to win a silver medal as a junior at the 2012 U.S. National Championships. On a streak, she later finished third on the podium for a bronze at the 2013 Nebelhorn Trophy, where she made her senior international debut. Some of the other events that she took part in that season include the Ondrej Nepela Trophy, Rostelecom Cup, and Cup of China.

After a brief return to singles, she partnered with Timothy LeDuc in May 2016, under the suggestion of coach Mitch Moyer. Coached by Peter Cain, the pair have since competed at the 2016 Finlandia Trophy, and Nebelhorn Trophy. That same season, they also won the bronze medal at the Gold Spin of Zagreb, after an impressive performance, which included a triple twist.

As far as we can tell, Ashley Cain is currently single and not in a relationship.

Does Ashley Cain Have Any Children?

No, Ashley Cain does not have any children.

Did Ashley Cain Go to College?

The last that we’d heard, she had been taking online classes at the Texas Tech University Independent School.

What is Ashley Cain Famous For?

As a single figure skater, she is perhaps best known for having won the silver medal at the 2012 U.S. Junior Championships.

Recently, she’s also made a come back to pairs skating with her partner, Timothy LeDuc.

She currently lives in Texas, where she continues her skating training. Pictures of Ashley Cain’s house is not available

What Kind of Vehicle Does Ashley Cain Drive?

Information on Ashley Cain’s vehicle is unavailable at this time.

How Much Money Did Ashley Cain Make Last Year?

Information on Ashley Cain’s annual earnings for 2017 is not available.

Together with LeDuc, she has been active in competition for the 2017-18 season. So far, they’ve skated to the soundtrack of The Great Gatsby and to I’ll Take Care of You by Joe Bonamassa.

Want to support the figure skater on social media? If so, why not follow Ashley Cain online? You can find her on Instagram at @icegirlash or on Twitter at @icegirlash. On Facebook, she also has an official fan page which you can check out here.