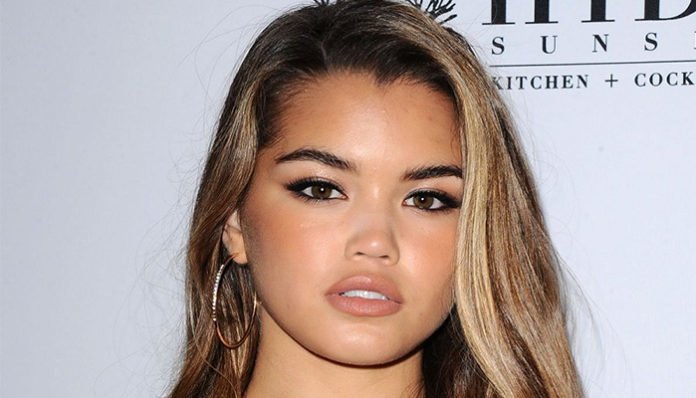 An actress and model, Paris Berelc is perhaps best known for playing Skylar Storm in the television series, Lab Rats: Elite Force and Mighty Med. Blessed with good looks, she was scouted by a well-known model agency when she was still in grade school. Prior to making her television debut, she appeared in numerous print ads including those for Sears, K-Mart, Kohl’s, and Boston Store. At one point, she even graced the front page of the American Girl magazine.

Though she appeared on television as early as 2004, it wasn’t until the 2010’s that she rose to prominence after being cast as one of the lead protagonists in Mighty Med. Since then, her popularity has continued to grow as a teen star. Most recently, she reprised her role as Skylar Storm in the 2016 Disney XD Original Series, Lab Rats: Elite Force.

Considering how successful she is for a 19-year-old, is it fair to assume that she brings home a fair amount of money? How well off is she? From what we can gather, Paris Berelc’s current net worth hovers around $1 million. Below, we’ll be talking about some of her greatest accomplishments so far.

How did Paris Berelc Make Her Money & Wealth?

Born on December 29, 1998, in Milwaukee, Wisconsin, Paris Berelc was raised in the suburbs with her three younger siblings. Growing up, she was highly involved with gymnastics; a natural at the gym, she won many competitions and was in fact, considered one of the country’s top gymnasts. Despite this, however, she would eventually give up her gymnastics career for an opportunity to shine in the showbiz instead.

As it’d happened, she was scouted by Ford Models when she was nine years old. Signing to the agency, she subsequently appeared in a number of print ads including those for K-mart, Sears, and Kohr’s. At the age of eleven, she even graced the front cover of American Girl.

By the time she was in her early teens, she had moved to Los Angeles in attempts to try acting professionally. With a little bit of luck, she landed a lead role in the Disney XD series, Mighty Med in 2013. Cast as Skylar Storm, she worked alongside Jake Short, Bradley Steven Perry, and Devan Less. Unfortunately, it has never been revealed how much she was paid for the role.

After the series ended in 2015, she reprised the role in the subsequent spin-off, Lab Rats: Elite Force, which premiered in March 2016. In between the two titles, she also appeared in the reality show, Just Kidding (for two episodes) and in the Disney Channel Original Movie, Invisible Sister.

As far as upcoming projects go, she will be playing the lead protagonist in an upcoming comedy sitcom titled, Alex & Katie. Created by Heather Wordham, it will be released on Netflix on March 23, 2018. Aside from her, the cast also includes Tiffani Thiessen, Isabel May, and Eddie Shin, among a few others.

No, the 19-year-old actress is not married. As far as we can tell, Paris Berelc is currently single.

Does Paris Berelc Have Any Children?

No, Paris Berelc does not have any children

Did Paris Berelc Go to College?

No, as far as we can tell, she has not gone to college. Instead, she has been focused on her acting career.

What is Paris Berelc Famous For?

As an actress, Paris Berelc is best known for playing Skylar Storm in the series, Lab Rats: Elite Force and Mighty Med.

What Kind of Vehicle Does Paris Berelc Drive?

How Much Money Did Paris Berelc Make Last Year?

Information on Paris Berelc’s annual earnings for 2017 is not available.

As mentioned earlier, she will be starring an upcoming show titled, Alexa & Katie this spring. The first Netflix original sitcom, it will be released on the site on March 23, 2018. Prior to that, she had been playing the role of Skylar Storm in Lab Rats: Elite Force.

Want to support the young actress online? If so, why not follow Paris Berelc on social media? You can find her on Twitter at @Parisberelc or on Instagram at @TheParisberelc. On Facebook, she also has an official fan page set up, which you can visit here.