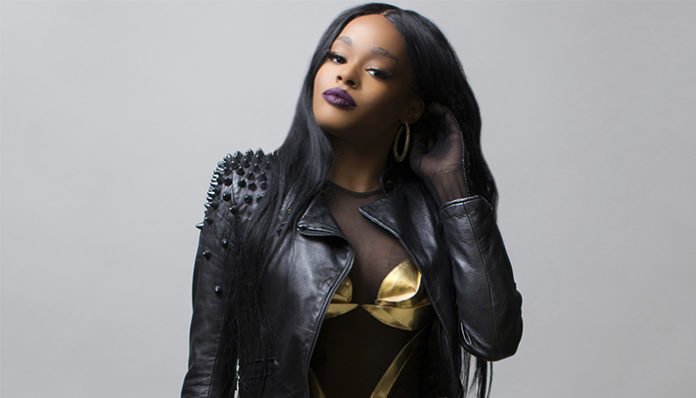 A popular rapper, Azealia Banks rose to fame with the release of her debut single, 212 (Feat. Lazy Jay) in 2011. Since then, she has delivered a number of projects including the albums, Broke with Expensive Taste and 1991, both of which made it onto the US music charts. Unsurprisingly, she has also headlined a few concert tours over the past few years.

To top that off, she has also acted on a few occasions. For instance, she made her acting debut in the film, The American Ruling Class in 2005. More recently, she also starred in the musical drama, Love Beats Rhymes.

How wealthy is the 26-year-old artist? How has her music career played out over the past few years? How much has she managed to bank so far? From our research, Azealia Banks’ current net worth is around $3 million. Where did this fortune of hers come from? We’ll be trying to figure this out below.

How did Azealia Banks Make Her Money & Wealth?

Born on May 31, 1991, in New York City, New York, Azealia Banks was raised in Manhattan with her two sisters. Following her father’s death, however, her mother turned verbally and physically abusive. Due to escalating violence, she moved out of the family home in her early teens, to live with her older sister. Despite her turbulent childhood, however, she had always been interested in musical theatre, singing, and acting.

In her mid-teens, she found herself playing a lead role in a production of the comedy musical, City of Angels. Wanting to pursue an acting career, she went on to audition for several Nickelodeon and TBS shows, albeit without success. Deciding to end her pursuit, she began writing music as a creative outlet.

In 2008, she released her first song, Gimme a Chance under the stage name, Miss Bank$. With a little bit of luck, she eventually landed a deal with XL Recordings after sending the track to DJ Diplo. Due to conflicting ideas, however, she left the label later that year.

From there, she began to share her work on YouTube. After gaining attention online, she came out with her debut single, 212 in 2011. Responsible for her rise to fame, it went on to chart in several countries including the UK, Ireland, Australia, and Belgium. Needless to say, the song had probably earned her a decent amount of earnings.

A year later, she put together her first extended play, 1991. Released through Interscope Records, it boasted four tracks- 212, 1991, Van Vogue, and Liquorice. Met with widespread acclaim, it successfully made it onto the Billboard 200 in the US.

Since then, Banks has also released her debut album, Broke with Expensive Taste. A dance-pop and house rap record, it featured a couple of guest appearances from Lazy Jay and Theophilus London. Not only did it peak at number 30 on the Billboard 200, but it had also charted in Australia, Belgium, Ireland, and the UK.

In addition to what she’s made from the above records, it’s likely that she has also banked a decent amount from headlining tours. In fact, she had just recently traveled for her 2017 North American Tour.

No, she isn’t married. As far as we can tell, Azealia Banks is currently single.

Does Azealia Banks Have Any Children?

In 2016, she was “pretty taken aback” after suffering from a miscarriage.

Did Azealia Banks Go to College?

From what we know, Azealia Banks has not attended college.

What is Azealia Banks Famous For?

Azealia Banks is perhaps best known for her debut single, 212 (Feat. Lazy Jay), which has since received platinum certification from the BPI.

Azealia Banks currently lives in New York. Photos of her house are not available.

What Kind of Vehicle Does Azealia Banks Drive?

We do not have any information on Azealia Banks’ vehicle is unavailable at this time.

How Much Money Did Azealia Banks Make Last Year?

Information on Azealia Banks’ annual earnings for 2017 is not available.

Later this year, the rapper will be releasing her second studio album, Fantasia II: The Second Wave. According to the track list, it will feature guest appearances from artists such as Busta Rhymes, Luciana Caporaso, and Jamie Hince.

Want to follow the rapper online? If so, be sure to check out her social media accounts- you can find Azealia Banks on Twitter at @Azealiaspeaks or on Instagram at @AzealiaBanks. If you’re on Facebook, you can also drop by her fan page by clicking here.