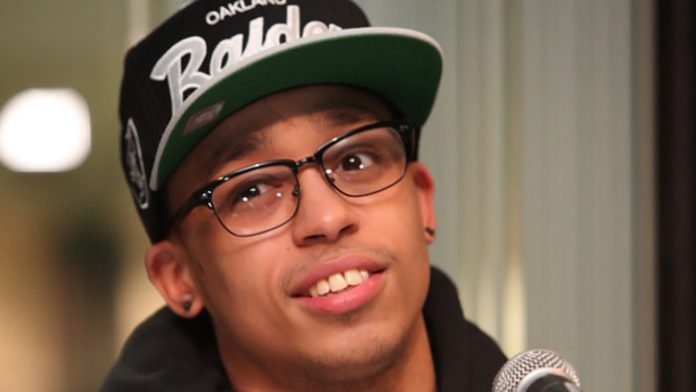 A rapper from New York, Cory Guz rose to fame after landing a feature in Lil Wayne’s hit single, 6 Foot 7 Foot. Since then, his popularity has only grown further with the release of his later projects such as the mixtapes, Son of a Gun and Datz WTF I’m Talkin’ Bout.

In the past, he’d also contributed to the compilation albums, Rich Gang and Young Money: Rise of an Empire, both of which reached the Top 10 on the Billboard 200. Aside from music, he’s also appeared on television a few times. For instance, he had also made a brief appearance in the VH1 reality series, Love & Hip Hop in 2013.

How wealthy is the 30-year-old artist now? What has he been up to in the recent years? How much has he made from his music career? According to various sites, Cory Gunz’s 2018 net worth is around $125,000. Where did most of this money come from? If you’d like to know, be sure to keep reading- for we’ll be taking a more detailed look at his career below.

How did Cory Gunz Make His Money & Wealth?

Born on June 22, 1987, in New York City, New York, Cory Gunz landed his first music deal with Def Jam Recordings and Casablanca Records at the age of fourteen. His debut mixtape, The Apprentice Mixtape Vol. 1 was released in 2005. Though he went on to drop a few additional projects, it wasn’t until the late 2000’s that he started to gain more attention as an artist.

In the summer of 2013, he contributed to Young Money and Cash Money’s compilation album, Rich Gang. Supported by three siblings, it boasted thirteen tracks including Everyday, which featured Cory Gunz with Busta Rhymes, Mystikal, and Birdman. A hit, it had reached number nine on the Billboard 200.

In terms of solo projects, he’d released a few mixtapes during the early 2010’s including Youngest in Charge, Son of a Gun, and Datz WTF I’m Talkin’ Bout.

In 2010, he had also landed a feature in Lil Wayne’s hit single, 6 Foot 7 Foot, which went on to peak at number 9 on the Billboard Hot 100. To date, the song has gone platinum three times in the US.

Speaking of collaborations, he has also been featured in the works of N.O.R.E., Lil Twist, Prodigy, and Aaron Fresh over the years. In addition to that, he’s also worked with artists such as Tony Yayo, Mack Maine, Meek Mill, Birdman, and DJ Kay Slay, to name a few.

Aside from his music career, the rapper has also appeared in a few films. For instance, he had starred in the short film, Son of a Gun in 2011. In 2013, he had also made a guest appearance in the VH1 reality series, Love & Hip Hop.

No, as far as we know, Cory Gunz is not married. With that said, not much has been revealed about his personal life.

Does Cory Gunz Have Any Children?

From what we can tell, Cory Gunz does not have any children.

Did Cory Gunz Go to College?

As far as we can tell, Cory Gunz has not gone to college.

What is Cory Gunz Famous For?

As a solo artist, he has released numerous mixtapes over the years including Son of a Gun, Datz WTF I’m Talking’ Bout, and Youngest in Charge. In 2010, he had gained a significant amount of attention after being featured in Lil Wayne’s hit song, 6 Foot 7 Foot, which reached number 9 on the Billboard 100.

According to his Twitter profile, he currently lives in the Bronx, New York. Unfortunately, that’s about all we know about his location at this time.

What Kind of Vehicle Does Cory Gunz Drive?

Information on Cory Gunz’s vehicle is unavailable at this time.

How Much Money Did Cory Gunz Make Last Year?

Information on Cory Gunz’s annual earnings for 2017 is not available.

As far as we can tell, he hasn’t released any new music since the mid-2010’s. In 2016, however, he had made a guest appearance in Spit Game Proper, a song from Termanology’s album, Cameo King III.