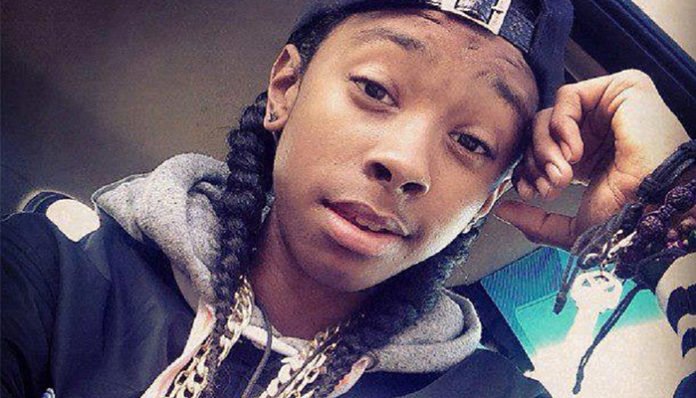 An American rapper, Rayan Lopez rose to fame as a member of the hip-hop boy band, Mindless Behaviour. Known for wearing goggles on stage, he performed with the group for a few years, before leaving in 2015. During his time with the crew, he contributed to a number of the projects including the albums, #1 Girl, All Around the World.

Since he left the group, he has been working on pursuing a solo career. Relatively popular, he has amassed more than 500,000 followers on platforms such as Instagram and Twitter. Earlier this year, he gained attention after it was revealed that her girlfriend, Jahmia Sutherland is pregnant with their first child.

How well off is the 22-year-old? How has his music career played out? How much has the rapper managed to make over the years? From what we can gather, Rayan Lopez’s current net worth is around $200,000. Below, we’ll be taking a closer look at some of his achievements.

How did Rayan Lopez Make His Money & Wealth?

Born on January 6, 1996, in Inglewood, California, he enjoyed many sports growing up including skateboarding and football. In 2008, he launched his music career after joining the R&B boy band, Mindless Behaviour as one of the original members. Two years later, the group made their debut with the release of the single, My Girl. A decent hit, it had peaked at number 40 on the Top R&B Songs Chart in the US.

The following summer, the boys released their second single, Mrs. Right. Produced by Candice Nelson and Walter W. Millsap, it featured Diggy Simmons as a guest artist. Their most popular song to date, it had peaked at number 72 on the US Billboard 100 and at number 8 on the Top Hip-Hop Songs chart.

The following summer, the boys released their second single, Mrs. Right. Produced by Candice Nelson and Walter W. Millsap, it featured Diggy Simmons as a guest artist. Their most popular song to date, it had peaked at number 72 on the US Billboard 100 and at number 8 on the US Hip-Hop Songs chart. On Youtube, the music video has been viewed close to 70 million times.

Their next big project, All Around the World was released in 2013. Their second studio album, it boasted eleven tracks including Ready For Love, Band-Aid, Forever, Keep Her on the Low, and All Around the World. Upon its release, it peaked at number 6 on the Billboard 200, with 37,000 sales in the first week. Since 2016, more than 115,000 copies have been sold in the US.

Considering the success of the band, it’s likely that Lopez had earned himself a decent amount from the above releases. One of the four original members, he had served as both the main rapper and backup vocalist. In September 2015, it was announced that he would be leaving the group to pursue a solo career.

With that said, he hasn’t released any solo albums, as far as we can tell. To this day, he is best known for having been a part of Mindless Behaviour.

While he isn’t married, he is in a relationship with Jahmia Sutherland, Michael Jackson’s niece.

Does Rayan Lopez Have Any Children?

Earlier this year, it was revealed that he and his girlfriend were expecting a child together.

Did Rayan Lopez Go to College?

As far as we can tell, Rayan Lopez did not attend college.

What is Rayan Lopez Famous For?

Rayan Lopez is best known as a member of the R&B  boy band, Mindless Behavior. Prior to leaving the group in 2015, he had served as both a lead rapper and a backup vocalist.

Rayan Lopez currently lives in Los Angeles, California. Photos of his house are not available at this time.

What Kind of Vehicle Does Rayan Lopez Drive?

Unfortunately, we do not have any information on Rayan Lopez’s vehicle is unavailable at this time.

How Much Money Did Rayan Lopez Make Last Year?

Information on Rayan Lopez’s annual earnings for 2017 is not available.

In January 2018, it was revealed that he and his girlfriend, Jahmia Sutherland, were expecting a child together. Other than that, it doesn’t seem like he’s been involved with much over the past couple of years.

Want to follow the former Mindless Behaviour member on social media? If so, you’ll be happy to know you can find Rayan Lopez on a few platforms including Twitter at @RayanLopez8 and Instagram at @Raytrendyme. On Facebook, you can also visit his official fan page here.