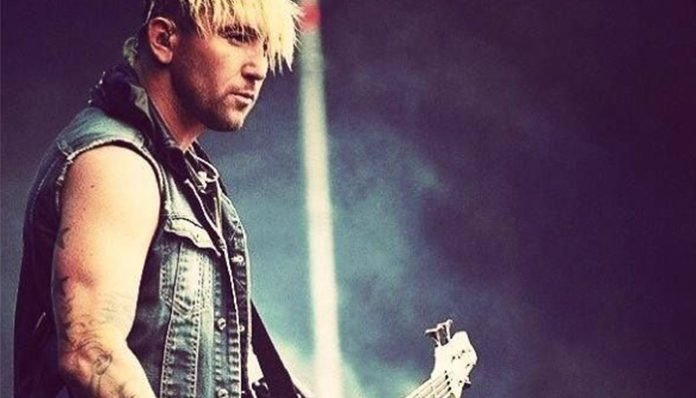 An American vocalist, Daniel Murillo is best known as a member of the rap-rock band, Hollywood Undead. Over the years, he has contributed to a number of their projects including the albums, Day of the Day, Notes from the Underground, American Tragedy, and Five, all of which have charted in the United States.

Prior to his rise to fame with the band, he had competed in the ninth season of American Idol. At one point, he was also the lead singer of a music group called Lorene Drive.

How successful is the rap artist today? How much has he raked in from his work with Hollywood Undead? Aside from their musical releases, what else does the group have going for them? How rich is the 32-year-old? Unfortunately, Danny Murillo’s 2018 net worth is not yet available. Having said that, let’s take a look at some of his greatest projects so far.

How did Danny Murillo Make His Money & Wealth?

Born on November 21, 1985, in California, Danny Murillo developed an interest in music at a young age. Growing up, he listened to a variety of genres including rock, disco, funk, and soul; some of his favorite artists included Lenny Kravitz, Kurt Cobain, Prince, and Michael Jackson. After being introduced to turntables at the age of fifteen, he released his first mix compilation in 2002. Not long afterward, he broke into the local club scene.

Years later in 2010, he became the new vocalist for the rap-rock band, Hollywood Undead. Not long afterward, he contributed to their second studio album, American Tragedy. Released in April 2011, it featured fourteen tracks, most of which were co-written by Murillo; some of these titles include Hear Me Now, I Don’t Wanna Die, Coming Back Down, Been to Hell, and My Town. The group’s second best-selling album (and the first that Murillo had contributed to), it has since gone gold in the US.

Since then, Murillo and the rest of the boys have released three additional albums- one of which includes their 2013 title, Notes from the Underground, which peaked at number two on the Billboard 200. Responsible for four singles, it gave rise to Another Way Out, Lion, We Are, and Dead Bite, most of which charted in the US.

Considering their popularity, it’s likely that each of the members pulls in a decent amount from the above-mentioned records. In addition to their musical releases, however, the Hollywood Undead also makes a considerable sum from headlining tours and putting on concerts. In fact, looking at the group’s schedule now, they will be embarking on a concert tour later this spring, one that will bring them to several countries around the world including Mexico, Poland, Estonia, and France, among others.

For those who’d like to support the band’s work, they’ve also set up an official merchandise store, which you can visit here. Looking at it now, they sell a range of products from hoodies to signed records.

Yes, he is married to Theresa Murillo aka “Reese.”

Does Danny Murillo Have Any Children?

The father of two children, he has a son named Roman Blue and a daughter named Scarlett Eve.

Did Danny Murillo Go to College?

No, as far as we know, Danny Murillo has not gone to college.

What is Danny Murillo Famous For?

Danny Murillo is best known as a member of the rap-rock band, Hollywood Undead. Over the years, the group has churned on numerous hits such as Undead and Bullet.

Most recently, they came out with their fifth album, Five, in 2017.

Unfortunately, we do not have any information on Danny Murillo’s location at this time.

What Kind of Car Does Danny Murillo Drive?

Details on Danny Murillo’s vehicle is not available at this time.

How Much Money Did Danny Murillo Make Last Year?

Last fall, Murillo and the band, released their fifth studio album titled, Five. Since late 2017, he has mostly been responsible for the group’s bass.

Are you a fan of Danny Murillo? If so, you’ll be happy to know that the musician is active on social media. In fact, you can find him on more than one platform- for instance, he’s active on Twitter at @xDannyMurillo and on Instagram at @Danny_Rose_Murillo. On Facebook, you can visit Hollywood Undead’s official fan page by clicking here.