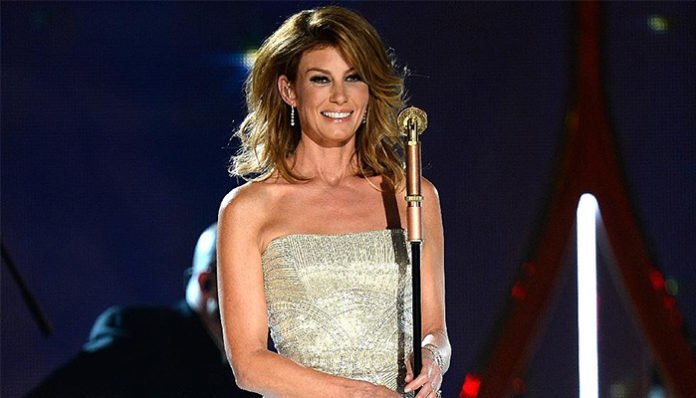 One of the most successful country artists of all time, Faith Hill has sold over 40 million records across the globe. The winner of five Grammy Awards, she is known for many songs including This Kiss, Breathe, There You’ll Be, and Cry. Most recently, she collaborated with her husband, Tim McGraw, on an album titled, The Rest of Our Life.

Like most popular artists, she has also appeared in a number of TV shows over the years. For instance, she has made appearances in Touched by an Angel, Promised Land, Dixieland, and The Stepford Wives, among others. Last year, she also worked on a new lifestyle program called, Pickler & Ben.

How well off is the recording artist? Considering her popularity, is it fair to say that she’s able to enjoy a lavish lifestyle? How much has she earned over the decades? From what we can gather, Faith Hill’s 2018 net worth hovers around $80 million. What are her some of her biggest projects? Let’s take a look.

How did Faith Hill Make Her Money & Wealth?

Born on September 21, 1967, in Mississippi, Faith Hill was raised in the town of Star, after being adopted as a young infant. Growing up, she had always been musically talented. By the time she was seven years old, she had held her first public performance. After graduating from high school, she relocated to Nashville, Tennessee, to pursue her dream of becoming a country singer.

In 1993, she released her debut album, Take Me as I Am. Incredibly successful, it went on to peak at number seven on the US Country Music Chart. Responsible for hits such as Piece of My Heart and Wild One, it later went platinum three times in the US. Since then, the singer has dropped several additional albums including It Matters to Me, Breathe, Cry and Faith, all of which have received RIAA certification.

Taking into consideration the number of records that she’s sold over the years, it’s obvious that a significant portion of her wealth comes from the success of her musical releases. Just last year, she and her husband, fellow country singer Tim McCraw, released a joint project titled, The Rest of Our Life, which peaked at the top of the US Country Chart.

As expected from a popular artist, she has headlined a number of tours over the years. In fact, her 2006 Soul2Soul II Tour with husband McGraw, remains to be one of the highest-grossing concert tours of all time.

In addition to her music career, Hill has been involved with many other projects; for instance, she has appeared in a number of TV shows such as Promised Land, Touched by an Angel and The Stepford Wives. In 2015, she had also played a role in the critically acclaimed indie film, Dixieland. A year later, she also worked as a Key Advisor on the competition series, The Voice.

In terms of other ventures, she had also released two fragrances in the past- Faith Hill Parfums and True.

Since 1996, she has been married to fellow country singer, Tm McGraw. Previously, she had also been with Daniel Hill from 1988 to 1994.

Does Faith Hill Have Any Children?

She has three daughters with her husband, Gracie, Audrey Caroline and Maggie Elizabeth McGraw.

Did Faith Hill Go to College?

What is Faith Hill Famous For?

One of the most successful country singers of all time, she has released several hits over the years such as Mississippi Girl, Cry, and There You’ll Be, among several others.

Up until 2017, she and her family resided in a lavish $18.5 million estate in Tennessee.

What Kind of Vehicle Does Faith Hill Drive?

The last that we’d checked, she drove a Mercedes Benz G.

How Much Money Did Faith Hill Make Last Year?

Information on Faith Hill’s annual earnings for 2017 is not available.

If you’re a fan of the country singer, why not follow her on social media? You can find Faith Hill on Twitter and Instagram at @FaithHill. On Facebook, you can also drop by her official fan page (and perhaps leave a like) – you can visit it here.