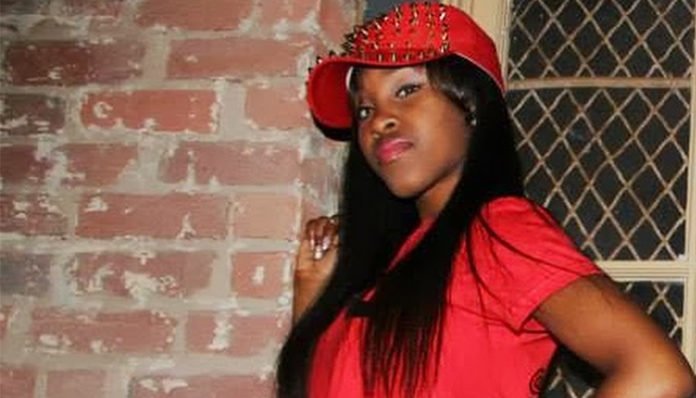 An American rapper, Daysha Taylor performs with her sister as part of the hip-hop duo, Taylor Girlz. Since they came together in 2012, they’ve released several singles including Woozie, Hillary, and Steal Her Man, all of which proved to be hits among fans.

In addition to her music career, the twenty-something is also a social media influencer with thousands of fans across the globe. For instance, she’s active on platforms such as Instagram, Twitter, and YouTube. If anything, her popularity has only continued to grow over the past couple of years, with her recent musical releases.

Having said all that, how much money has she collected for herself over the years? How rewarding has her music career been? How much money does she make from her and her sister’s songs? From what we can gather online, Daysha Taylor’s 2018 net worth is around $500,000. Where did most of this come from? Below, we’ll be trying to answer this question.

How did Daysha Taylor Make Her Money & Wealth?

Born on December 25, 1995, in Alabama, Daysha Taylor grew up with her sister in Atlanta, Georgia. Inspired by their father’s rapping, the siblings eventually began to write their own rhymes in their early teens. By 2013, they had established themselves as the musical duo, Taylor Girlz. For their debut, they released a single titled, Woozie, which was recorded with Bola da Producer. A surprise hit, the accompanying dance video ended up going viral online- in the process, it had garnered the girls’ much fame.

The following year, the put together two new singles titled, Wedgie and Steal Her Man, both of which featured their sister, Trinity. Produced by Bolo Da Producer, the songs proved to be hugely popular- especially with the launch of the viral dance challenges. Ultimately, it was the success of these tracks that earned the girls a music deal with RCA Records.

To this day, Steal Her Man remains to be their most popular video, having received more than 48 million views on YouTube. As of 2017, the song has also been streamed tens of millions of times on platforms such as Apple Music, Vevo, and Spotify.

In terms of multi-track projects, the Taylor Girlz had released an album titled, Who Are Those Girls!? in February 2017. Featuring guest appearances from the third Taylor sister, Trinity, it consisted of the songs Hater, Boom, bang, Steal Her Man, Bougie, and Wedgie. On Soundcloud, the playlist has been played well over one million times combined.

Considering what they do, it only makes sense that a significant chunk of their net worth comes from the success of the above-mentioned records. On top of what they’ve earned from their musical releases, however, it’s likely that they have other sources of income such as what they bring home from concerts and public appearances.

In fact, speaking of alternative sources of income, they also have a popular YouTube channel with over 1.1 million subscribers. Given that they’ve been monetizing on their videos, it should also earn them some extra cash on the side.

No, Daysha Taylor is not married. The last that we’d heard, however, she was in a relationship.

Does Daysha Taylor Have Any Children?

No, Daysha Taylor does not have any children that we know of.

Did Daysha Taylor Go to College?

No, Daysha Taylor has not gone to college.

What is Daysha Taylor Famous For?

Daysha Taylor is best known as one-half of the hip-hop duo, the Taylor Girlz. Since their debut, she and her sister and churned out several hit songs such as Wedgie and Woozie.

Unfortunately, we do not have any information on Daysha Taylor’s location at this time.

What Kind of Car Does Daysha Taylor Drive?

Details on Daysha Taylor’s vehicle are not available at this time.

How Much Money Did Daysha Taylor Make Last Year?

Information on Daysha Taylor’s 2017 earnings is not available.

As mentioned earlier, she and her sister most recently put together a new EP titled, Who Are Those Girls?!, which was released in February 2017. From what we can tell, the Taylor Girlz do not have any public appearances planned for the next few months.

If you’re a fan of their music, why not follow Daysha Taylor online? You can find her on a few social media outlets such as Twitter and Instagram at @Superstartgz. While you’re at it, don’t forget to also check out the girls’ official Facebook fan page here.