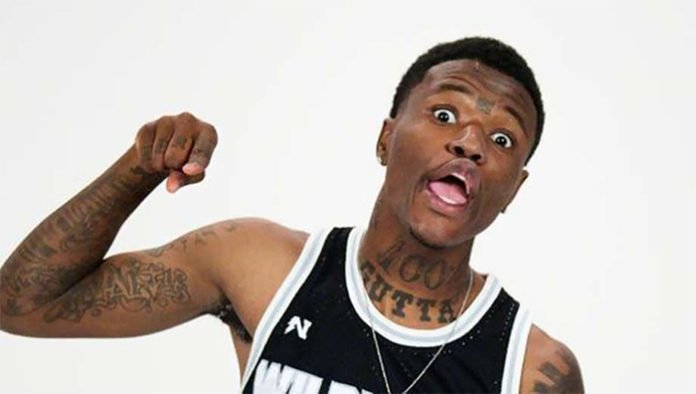 Hailing from Georgia, DC Young Fly initially rose to fame on Vine, where he had over 800,000 followers. Though the app has since been shut down, he has continued to make videos on YouTube.

Aside from his social media career, he’s appeared in a number of TV shows such as Wild ’N Out and The New Edition Story. Not only that, but he’s also launched a music career. His debut mixtape, Supplying Pressure was released in 2015. Since then, he’s come out with a number of singles including FawwwkUMean, Never Thought, and Gettin’ Outta Hands.

How is the 25-year-old doing for himself nowadays? Has his online following grown over the past couple of years? What about his television and music career? How much has he earned from his various endeavors? From what we can gather, DC Young Fly’s current net worth hovers around the $500,000 mark. Where did he earn most of this from? Hopefully, we’ll be able to answer this question by taking a closer look at his career below.

How did DC Young Fly Make His Money & Wealth?

Born on May 2, 1992, in Atlanta, Georgia, DC Young Fly was raised in the Adamsville neighborhood. Growing up, he loved to read comics. Ultimately, it wasn’t until his brother’s untimely death during his teens, that he decided to pursue a rapping career. At the same time, he also started to make himself known on Vine, a popular video-sharing platform. By the time that Vine was shot down in early 2017, he had amassed over 800,000 followers.

A couple of years into his social media career, he had also released a mixtape dubbed, Supplyin’ Pressure. Later that same year, he dropped another project titled, Fly Allegiance, which gave rise to ten tracks, many of which featured artists such as Young Dolph, Skypad War, Quintez, and Fetty Wap.

More recently in 2017, he had also released the album, If You Didn’t Know Me, which included tracks such as Wishing, Fake Love, and Body Right. Today, some of his most popular hits include FawwwkUMean, Never Thought, Getting’ Outta Hands, and Def Know.

In terms of collaborations, he has also worked with artists such as Toni Romiti, Iman, Ca$h Out, Sir the Baptist, and Young Ace, among many others. Some of these tracks include Never Thought, High with God, and Just Letting You Know.

Unsurprisingly, he has also held a number of concerts over the years. In fact, he has a handful of shows planned for later this spring- including performances in Minneapolis and Houston.

In addition to his music career, DC Young Fly has also appeared on a few TV shows. For instance, he has made numerous appearances in MTV’s improv comedy, Wild ’n Out. In 2016, he had also made his acting debut in the comedy film, Almost Christmas starring Gabrielle Union, Kimberly Elise, Danny Glover, and Omar Epps. Some of the other titles that he’s been involved with include The New Edition Story and #DigitalLivesMatter.

The rapper has been dating his model girlfriend, Jacky Oh for a few years.

Does DC Young Fly Have Any Children?

In 2016, it was revealed that his girlfriend was expecting their first child.

From what we know, DC Young Fly did not attend college.

What is DC Young Fly Famous For?

DC Young Fly initially rose to fame on the mobile platform, Vine. Since then, he has also made a name for himself as a TV personality and as a rapper.

DC Young Fly currently lives in Georgia, Atlanta, Photos of his house are not available.

What Kind of Vehicle Does DC Young Fly Drive?

Information on DC Young Fly’s vehicle is unavailable at this time.

How Much Money Did DC Young Fly Make Last Year?

Information on DC Young Fly’s annual earnings for 2017 is not available.

Last year, he appeared in the BET mini-series The New Edition Story, which premiered in January 2017. In terms of music, he recently contributed to the track, Everybody Has Roaches (Feat. Fat and Paid).

What’s the rapper up to nowadays? If you’re curious, how about following him on social media? You can find DC Young Fly on a few platforms including Twitter (@DCYoungFly) and Instagram (@DCYoungFly). On Facebook, the Atlanta artist also has a fan page which you can visit by clicking here.