What Happened to Alex McCord – 2018 Update 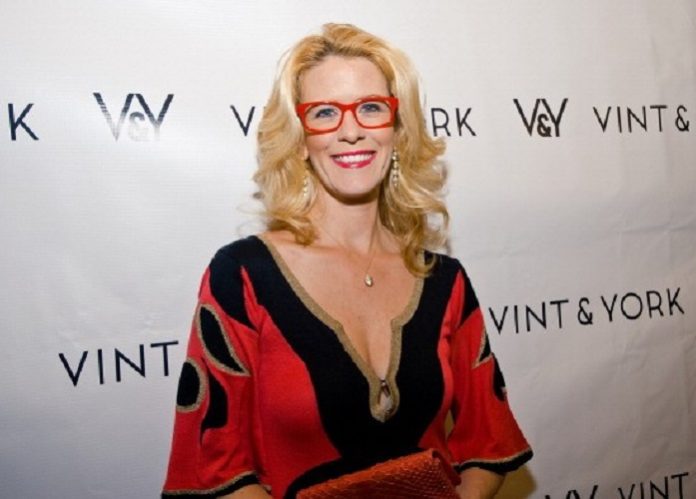 Alex McCord become a well-known face in 2008 when she was picked to join the second installment of The Real Housewives franchise, The Real Housewives of New York. She remained in the popular show for four seasons, until 2011, after which she departed alongside fellow housewives Jill Zain, Kelly Killoren Vensimon and Cindy Barshop.

The Real Housewives of New York was, and still is, one of the most popular shows in the franchise and it is still going strong, with season ten eagerly awaited by fans, and due to begin in April 2018. Real Housewives wasn’t the first show-business role for Alex or the last, but these days she’s heading in an entirely new career direction, in a location very different from the busy streets of Manhattan.

Alex McCord was born in Washington, D.C. on October 1st, 1973. Her childhood was spent in Texas, Kansas, and the US Virgin Islands, and, after high school, she studied at Northwestern University in Illinois, although she never graduated with a degree.

After moving to New York in the mid-nineties, Alex landed a few small roles, including a regular part in the romantic drama series, ‘One Life to Live’ from 1999 to 2002, she also won a few voice acting roles, but it was in 2004 when she made her big screen début in the comedy ‘The Tollbooth’.

In 2000, Alex married luxury hotel consultant Simon van Kempen, and the couple had their first child, a son called Francois, later that year. A second son, Johan, came along in 2002, and in between the acting roles, Alex worked as a graphic designer in the marketing division of Victoria’s Secret.

Alex McCord and The Real Housewives of New York

After a few more minor roles in made-for-TV movies, Alex was picked for her biggest role, in The Real Housewives of New York. Although she was known as the quietest member of the cast for the first three seasons, she later came out of her shell and joined some of the more confrontational discussions with her co-stars, but perhaps best remembered is the on-going feuding between husband Simon and fellow housewife Ramona Singer, who could never seem to resist the temptation to make snide comments at Alex’s ever-supportive partner.

After the mass exodus of housewives at the end of season four, Alex continued to appear on our screens. She made regular appearances on Fashion News Live and Couples Therapy, even though Alex later admitted that her relationship with Simon couldn’t be stronger and the Couples Therapy appearance was just to keep her profile in the public eye. Alex also returned to designing professionally after The Real Housewives, she landed a few lucrative contracts with names such as Second Time Around and Willoughby’s, and become involved in a cookware designing venture. In 2011 she collaborated with husband Simon in a new business, a furnishing and design company called ‘Aluxe Home’.

In 2012 Alex and Simon worked together on another new project, a whimsical and well-received book called ‘Little Kids, Big City’, which detailed their experience of raising two small boys in the Big Apple, but since then Alex and Simon have changed direction once again, and relocated far away from the familiar streets of New York.

In September 2014, Alex and Simon announced on Twitter that they were leaving their long-time home in Brooklyn, for the sunny shores of New South Wales, Australia. They explained that the reason for such a drastic move was in order to be closer to Simon’s extended family. Not only would Johan and Francois have many cousins and relatives to spend time with, they would also get to experience the family’s ‘great new adventure’ in the luxurious, and far quieter, surroundings of their new five-bedroomed home in Byron Bay, about two hours south of Brisbane. Their new town had only about 700 residents and would be a huge change, but one that they felt was needed in order for their sons, who had only ever lived in one house, to grow.

Their old town-house in Brooklyn had been extensively renovated by Alex herself, and after it was sold for $2.7 million, Simon had a change in career too. He left hotel consultancy and instead joined his family’s law firm in Australia, and also began studying for a law degree. Simon wasn’t the only one to turn back to education, in a surprising twist Alex returned to University and in early 2017 she revealed that she had earned a Bachelor of Arts degree in psychology, and she now has ambitions to become a practicing psychologist.

With a new career beckoning and a far healthier environment to bring her now teenage sons up in, Alex does miss a few surprising aspects of New York. She loves being anonymous in small-town Australia, but she occasionally pines for the sidewalk hustle-and-bustle of Manhattan, and apparently, she misses the garbage pile-up on the streets too.

Alex keeps her fans updated with her latest activities on Instagram, where she has 32,000 followers, as well as Twitter where she regularly posts about her latest undertaking as a ‘foodie’ and food-critic to her 220,000 fans. Simon and Alex also jointly run a Facebook page where they occasionally keep their 60,000 followers up-to-date with the activities of Francois and Johan, as well as revealing the odd glimpse of the wonderful views they now enjoy.