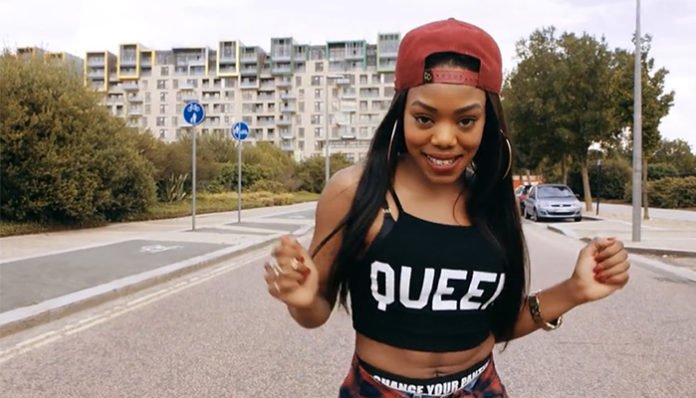 An English rapper, Lady Leshurr gained critical acclaim for her Queen’s Speech freestyles, the fourth of which went viral. A popular artist, she has released a number of mixtapes over the years including L Day, L Yeah!, Mona Leshurr, and Lil Bits of Lesh. Her most recent project, Mode was dropped in 2017.

In addition to her music career, she has also acted on a few occasions. For instance, she’s appeared in the films 1 Day, Fifty, and Lapse of Honour. On television, she’s also made appearances in shows such as BBC Proms and BBC Music Presents.

How successful is the artist now? As a rapper, how much has she earned over the years? What is her net worth? According to sources, her current fortune is around $500,000. From what did she make this money from? Let’s see if we can find the answer to that questions below, as we take a more in-depth look at her career below.

How did Lady Leshurr Make Her Money & Wealth?

Born on December 15, 1989, Lady Leshurr has been into poetry writing ever since she was six years old. Growing up, her mother played a variety of music in the house, including the works of reggaeton artists, Bob Marley and Sister Nancy. By the time she was fourteen, she had put together her first mixtape.

Having said that, it wasn’t until the late 2000’s that she started to make herself known in the hip-hop scene. In 2009, she released the mixtape, Unleshurr which boasted twelve original tracks. Over the next two years, she also added The Last Second and 01:21 AM in her catalog.

In 2010, she also released her first extended play, Every Little Counts. A follow up titled, Off the Lesh was later made available in 2011. From there, a handful of mix-tapes were dropped including L Yeah!, Mona Leshurr and Lil Bit of Lesh.

In 2016, the rapper gained a significant amount of attention with the release of her third EP, Queen’s Speech. Responsible for her rise to fame, it spawned a number of freestyles, a few of which went viral online. With that, her popularity only peaked further.

Since then, Leshurr has also released a fourth EP titled, Mode. A six-track project, it contained the tracks Trust Nobody, Glucose, and Juice, among a few others. On Soundcloud alone, the album has been played tens of thousands of times.

Naturally, a portion of her income comes from the success of the above-mentioned records. In addition to that, however, it’s likely that she’s also paid a decent amount for putting on shows throughout the years. In fact, looking at her schedule now, she has a couple of performances scheduled for later this summer in Australia.

In addition to what she has going for her as a rapper, she’s also appeared in a few movies, one of which includes the crime film, 1 Day. Some of the other titles that she’s been involved with include Fifty and Lapse of Honour.

At one point, she even released her own clothing line called “Friggin L.”

No, she isn’t married. In fact, as far as we can tell she is currently not in a relationship.

Does Lady Leshurr Have Any Children?

No, Lady Leshurr does not have any children.

Did Lady Leshurr Go to College?

From what we know, Lady Leshurr did not attend college.

What is Lady Leshurr Famous For?

Lady Leshurr is best known for her series of freestyles from her EP, Queen’s Speech.

As an actress, she is perhaps best known for co-starring in the crime film, 1 Day in 2009.

Lady Leshurr currently resides in London. Photos of her house are not available at this time.

What Kind of Vehicle Does Lady Leshurr Drive?

Unfortunately, we do not have any information on her vehicle.

How Much Money Did Lady Leshurr Make Last Year?

Information on Lady Leshurr’s annual earnings for 2017 is not available.

As mentioned earlier, Lady Leshurr most recently released her fourth extended play, Mode in 2017. Released as a digital download, it gave rise to half a dozen new songs including Glucose and Trust Nobody.

Did you know that Lady Leshurr is active on social media? That’s right- you can find her on Twitter at @LadyLeshurr or on Instagram at @ImLadyLeshurr. On Facebook, she also has her own page which you can visit by clicking here.