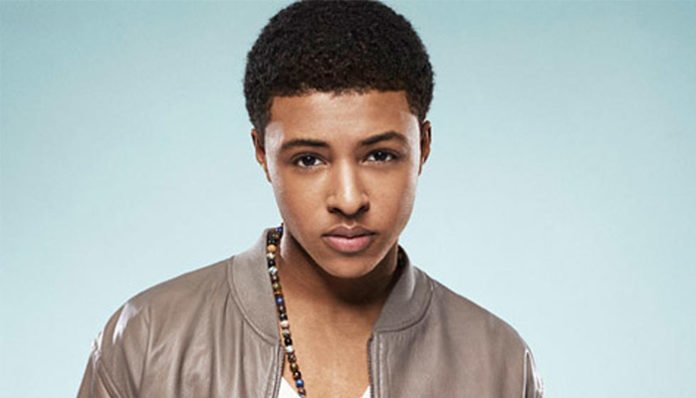 An American rapper, Diggy Simmons has been active in the music scene ever since his teen years. In 2012, he released his debut album, Unexpected Arrival through Atlantic Records, which successfully peaked on the US music charts. The child of Joseph Simmons aka “Rev. Run”, he was also featured on the MTV reality series, Run’s House from 2005 to 2009.

Speaking of television, he has also acted on a few occasions. For instance, he had his own two-hour TV special titled, The Start-Up, which premiered on BET in 2015. In the past, he had also played a small role in the comedy film, Parental Guidance starring Bette Midler and Billy Crystal.

How wealthy is the 22-year-old? How much has he earned from his music career over the years? What are his biggest projects nowadays? From our research, Diggy Simmons’ net worth currently hovers around $3.75 million. Where could he have earned this money from? Let’s explore this question below.

How did Diggy Simmons Make His Money & Wealth?

Hailing from the city of Queens, New York, Diggy Simmons (Real name: Daniel Dwayne Simmons III) is the fourth child of Rev Run aka Joseph Simmons Even before his music debut, he had been featured in the reality TV show, Run’s House, which centered around his family’s life in New Jersey. It wasn’t until he was fourteen that he put together his first mixtape, The First Flight in 2009. Shared online, the album ended up receiving over 100,000 downloads on his blog.

A year later, he followed up with a second mixtape titled, Airborne. Following that, he came out with a third project dubbed, Past, Present(s), Future. Met with positive reviews, the projects gained him a decent following online.

With that said, it wasn’t until his major label debut that more people started to learn about his work. In 2012, Simmons issued his first studio album titled, Unexpected Arrival via Atlantic Records. Supported by a handful of singles, it gave rise to twelve new tracks including Do It Like You (Feat. Jeremiah), The Reign, Special Occasion (Feat. Tank), and Glow in the Dark, to name a few. An overall success, the album reached number 13 on the Billboard Top 200 and at number 3 on the Top R&B Albums chart.

Following a four-year break, Simmons returned with a new EP, Out of This World. Made available as a digital download, it spawned the singles Ain’t Bout to Do, Can’t Relate (Feat. Yo Gotti), and My Girl (Feat. Trevor Jackson).

Outside of his music career (which obviously yields him a decent amount of earnings), the twentysomething has also been involved with a few acting projects. For instance, he had played a small role in the comedy film, Parental Guidance starring Bette Midler and Billy Crystal in 2012. On television, he even had his own two-hour special titled, The Start-Up, which aired on the BET in the fall of 2015.

As far as other projects go, he had also released his own collection of sneakers- Chivalrous Culture a few years ago in 2010; the first model released was called the “Hamachi.”

No, he isn’t married. With that said, he is currently in a relationship.

Does Diggy Simmons Have Any Children?

As far as we know, Diggy Simmons does not have any children.

Did Diggy Simmons Go to College?

From what we know, Diggy Simmons did not attend college.

What is Diggy Simmons Famous For?

As a hip-hop artist, Diggy Simmons is perhaps best known for his album, Unexpected Arrival, which reached number 13 on the Billboard Top 200 chart.

Diggy Simmons currently lives in New York. Further details are not available at this time.

What Kind of Vehicle Does Diggy Simmons Drive?

Information on Diggy Simmons’ vehicle is unavailable at this time.

How Much Money Did Diggy Simmons Make Last Year?

Information on Diggy Simmons’ annual earnings for 2017 is not available.

Last year, the hip-hop artist released an extended play titled, Out of This World, which spawned the singles Ain’t Bout to Do (Feat. French Montana), My Girl (Feat. Trevor Jackson) and Can’t Relate (Feat. Yo Gotti). For now, it’s unknown what he has planned for fans in 2018.