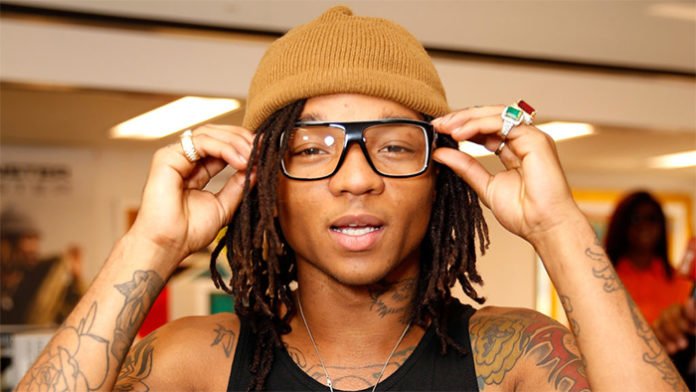 One half of Rae Sremmurd, Swae Lee has been making music with his brother Slim Jxmmi since the early 2010’s. Following the release of their debut album SremmLife in 2015, their popularity exploded. Over the past years, they’ve dropped numerous records, most of which have made its way onto the music charts. Today, the pair has millions of fans across the globe.

As a solo artist, he also has himself some noteworthy credits. For instance, he contributed to French Montana’s hit song, Unforgettable, which has since gone platinum four times in the United States. According to reports, the artist is currently also working on a solo album titled, Swaecation.

How rewarding has his music career been over the past few years? How much is the hip-hop artist worth? From our research, Swae Lee’s net worth is currently around $3 million. Where does most of his income come from? How many ongoing projects does he have now? Let’s address some of these questions below.

How did Swae Lee Make His Money & Wealth?

Born on June 7, 1995, in Inglewood, California, Swae Lee was brought up in Tupelo, Mississippi, by his single mother. As a teen, he and his older brother Slim Jxmmi often made music with a local rapper by the name of Lil Pantz. Ultimately, the two would eventually form a hip-hop duo in the early 2010’s.

Their debut single, No Flex Zone was released in May 2014. Produced by A+ and Mike Will Made It, it enjoyed success in the US, where it peaked at number 36 on the Billboard Hot 100 chart. Today, the song has gone platinum, with over one million sales in the country.

A year later, they put together their first studio album, SremmLife in 2015. Their first full-length project, it boasted eleven tracks, a few of which featured guest appearances from artists such as Nicki Minaj, Young Thug, and Big Sean. Met with positive reviews, the album entered the Billboard 200 with 34,000 sales in the first week. A little more than a year after its release, it became the pair’s first RIAA certified album.

Since then, the brothers have released a second album titled, SremmLife 2. A direct follow up to their debut, it peaked as high as number four on the Billboard Top 200. Before long, it also received platinum accreditation from the RIAA. Among its playlist, Black Beatles (Feat. Gucci Mane), is the most popular, having topped multiple music charts.

As far as other projects go, Lee and his brother founded a record label called SremmLife Crew Records in 2016. Their first release, Trail Mix– a collaborative project with the crew, was dropped in that spring.

As a solo artist, he also has a few credits to his name. For instance, he had collaborated with French Montana last year on the hit single, Unforgettable. Prior to that, he had also been featured in the works of Mike Will Made It and Wiz Khalifa. According to reports, the artist is currently working on his first solo album, Swaecation, which is scheduled to be released sometime later this year.

No, he is not. In fact, he is currently single as he recently broke up with his girlfriend, Marliesia Ortiz.

Does Swae Lee Have Any Children?

No, Swae Lee does not have any children.

Did Swae Lee Go to College?

From what we know, Swae Lee did not attend college.

What is Swae Lee Famous For?

Swae Lee is best known for being one half of Rae Sremmurd, a popular hip-hop duo that he formed with his brother, Slim Jxmmi. Together, the pair has released a number of hit records, including Black Beatles which charted in the top ten in many countries around the world.

What Kind of Vehicle Does Swae Lee Drive?

Information on Swae Lee’s vehicle is unavailable at this time.

How Much Money Did Swae Lee Make Last Year?

Information on Swae Lee’s annual earnings for 2017 is not available.

As mentioned earlier, the 22-year-old is currently working on his debut solo album, which is said to be released later this month. In terms of Rae Sremmurd, he and his brother had also released the single, Powerglide earlier this year.

For the latest news and announcements, you can visit his official Facebook fan page here. On Twitter and Instagram, you can also find him at @SwaeLee.