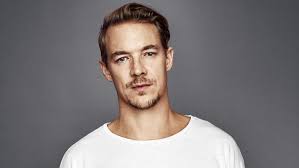 An award-winning deejay, Diplo has worked on numerous big hits such as Paper Planes and Look at Me Now. Over the years, he has collaborated with many artists including M.I.A., Snoop Dogg, G-Dragon, Beyonce, and Chris Brown, among others. In 2004, he had also released a solo album titled, Florida.

On top of all that, he is the co-founder of Major Lazer, a dancehall music group.  Together, they’ve released three full-length albums: Free the Universe, Guns Don’t Kill People…Laserz Do and Peace is the Mission. In 2006, he also found the record label, Mad Decent, which he runs to this day.

How much has he taken home over the past decade? What are some of his greatest projects to date? How well off is the 39-year-old DJ? From what we can gather, Diplo’s 2018 net worth is estimated to be around $15 million. Where did this fortune of his come from? Let’s take a closer look at some of his accomplishments below.

How did Diplo Make His Money & Wealth?

Born on November 10, 1978, in Tupelo, Mississippi, Diplo grew up in Miami, where he got a taste for hip-hop music. After completing high school, he began garnering attention as a local DJ while attending Temple University. As one thing led to another, he eventually released two mixtapes with DJ Low Budget, both of which garnered acclaim. In fact, one of them, Never Scared went on to land a feature in the New York Times.

Continuing to make himself known, he eventually caught the attention of British rapper M.I.A., who approached him while he was DJing one night in London. Together, the pair later collaborated on a mixtape dubbed, Piracy Funds Terrorism Vol. 1. In 2005, Diplo also served as her DJ during her Arular Tour.

With that, his popularity took off. Over the next years, he landed many collaborations with big-name artists such as Snoop Dogg, Shakira, Bruno Mars, Robyn, and No Doubt. In 2006, he had also launched his own music label, Mad Decent, which has since released music by Gucci Mane, Rusko, Peter Bjorn, and John, among many others.

Years later, he formed an EDM DJ duo with fellow music producer, Skrillex. Their debut single titled, Take U There (Feat. Kiesza) was released in 2014. Not long afterward, they dropped their first and only studio album, Skrillex and Diplo Present Jack U, which went on to peak at number 26 on the Billboard 200 with a gold certification from the RIAA.

Now that we know more about him, let’s go back to our original question- where did the DJ earn most of his money from? Considering all that we’ve said earlier, it’s obvious that he’s earned a significant amount from his deejaying/collaborative efforts. What we haven’t mentioned yet, however, is the fact that he tends to put on numerous concerts throughout the year. In fact, he has headlined countless tours throughout his career so far. Naturally, said performances would yield him with another stream of revenue.

As far as we can tell, he is currently single. In the past, he had dated pop star, Katy Perry.

Does Diplo Have Any Children?

He has two sons named Lockett Pentz and Lazer Pentz.

Did Diplo Go to College?

Yes, he was a student at the University of Central Florida, though he later transferred to Temple University, where he first gained attention as a DJ.

What is Diplo Famous For?

Diplo has worked with numerous big-name artists in the past including M.I.A., Snoop Dogg, Chris Brown, Beyonce, Justin Bieber, and Gwen Stefani, among others. In 2006, he also founded the record company, Mad Decent.

Where Does Diplo Live now? Photos of Diplo’s House

At this time, we do not have any information on Diplo’s whereabouts.

What Kind of Vehicle Does Diplo Drive?

Unfortunately, we do not have any information on Diplo’s vehicle.

How Much Money Did Diplo Make Last Year?

Information on Diplo’s annual earnings for 2017 is not available.

For his production efforts on Beyonce’s Lemonade and Justin Bieber’s Purpose, he also garnered two Grammy Award nominations for Album of the Year in 2017.

Want to stay connected to the music producer online? If so, how about following him on social media? You can find Diplo on Twitter and Instagram at @Diplo. On Facebook, he also has an official fan page which you can check out here.