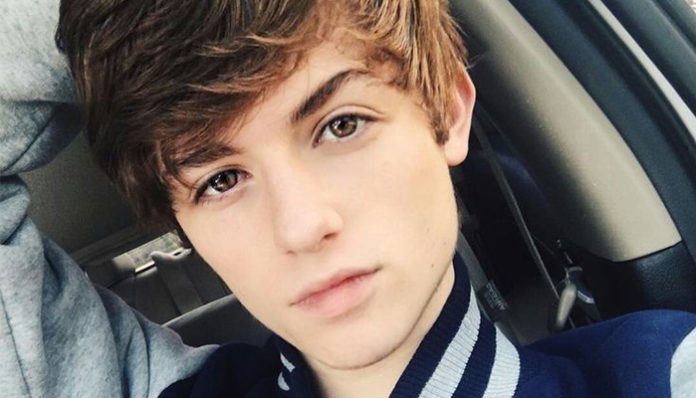 A social media personality, Dylan Dauzat initially made himself known in the early 2010’s through Vine and YouTube. Known for his quirky humor, his six-second clips had earned him an impressive following on the mobile app, by the time it shut down in 2017. Today he has more than 700,000 subscribers tuning into his videos on YouTube.

In the past, he has participated in several public events, one of which includes the 2016 Magcon Tour, which saw him touring with other digital sensations such as Taylor Caniff, Aaron Carpenter, and Cameron Dallas. That same year, he had also traveled to over two dozen cities for the DigiTour.

How is the twenty-year-old doing for himself now? How much has he pulled in from his YouTube videos so far? How well off is the online star? From our research, Dylan Dauzat’s 2018 net worth is currently around $800,000. How much of this came from the success of his videos? What other things is he involved with? Let’s take a look below.

How did Dylan Dauzat Make His Money & Wealth?

Born on November 2, 1997, in Marksville, Louisiana, Dylan Dauzat is the oldest of three siblings, he has two younger sisters named Alli Marie and Sophie. Despite having been a “Straight A’s student”, he chose to drop out of high school during his senior year. In the end, he chose to complete his graduation online. Following that, he made the decision to move to LA.

Ultimately, it was during the eighth grade that he started to make videos, after receiving a video camera for Christmas. Wanting to share his work with others, he created a YouTube channel in December 2012. With that said, it wasn’t until 2013 that he posted his first video. Around that same time, he also joined the video app, Vine.

Though he had a decent following on the mobile app, it was through YouTube that his popularity took off. Some of his earliest videos include My First Nervous YouTube Video Blog, Cinnamon Challenge, Shocking Interview with my Sister, and Schoking Things You Don’t Know About Me.

Since then, his following has grown tremendously- as of 2018, he has amassed over 718,000 subscribers with more than 36 million lifetime views. Today, his most popular videos include Cute Things Girls Do, Never Have I Ever w/Baby Ariel and Prank Call Challenges w/ Lovely James, all of which have been viewed over a million times.

Taking into consideration the number of fans that he has on the site, it wouldn’t be surprising if he’s been monetizing his YouTube channel. As you probably already know, users are able to make money from their content from displaying ads on their videos. Typically, earnings range from $2 to $5 per thousand ad views.

In terms of other streams of revenue, he also has a merchandise store set up through District lines which you can check out here. From the looks of it, a handful of t-shirts/sweaters are available for purchase.

In the past, he has also participated in a few tours, including the 2016 Magcon Meet & Greet.

Previously, he has also released a few singles including You Got That (Feat. Jamie Boy), Kickin It and Mine Tonight.

While he isn’t married, he has been dating Nicki Grutt since 2015.

Does Dylan Dauzat Have Any Children?

No, Dylan Dauzat does not have any children.

Did Dylan Dauzat Go to College?

No, as far as we know, Dylan Dauzat has not gone to college.

What is Dylan Dauzat Famous For?

Dylan Dauzat is probably best known for his self-titled YouTube channel, where he has over 700,000 subscribers. Previously, he also had a decent following on the mobile app, Vine.

Dylan Dauzat currently lives in LA. Further details are not available at this time.

What Kind of Vehicle Does Dylan Dauzat Drive?

Unfortunately, we do not have any information on Dylan Dauzat’s vehicle.

How Much Money Did Dylan Dauzat Make Last Year?

At this time, we do not have any details on Dylan Dauzat’s 2017 earnings.

Over the past year, Dylan Dauzat has been diligent about updating his YouTube channel on a regular basis.

What’s he up to now? Interested in know? How about following him on social media? You can find the YouTube personality on Twitter and Instagram under the username, @DylanDauzat. On Facebook, you can also check out his fan page for some of the latest news and announcements.