Zoe’s Chocolate After The Profit – 2018 Update 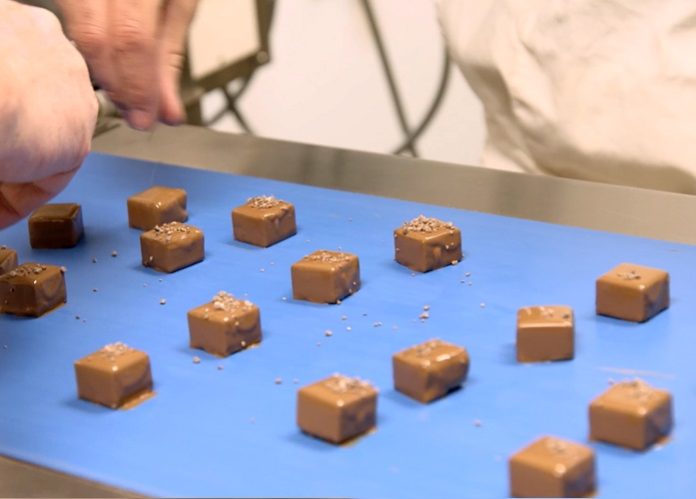 Zoe’s Chocolate Before The Profit

Everybody loves chocolate and for the Tsoukatos family, it’s far more than just a sweet treat. George Tsoukatos worked as a chocolatier for a large manufacturer for almost forty years, but in 2006 his employers dissolved the company and George found himself out of a job.

Fortunately, George’s children had a plan, his daughter, Zoe, teamed up with her brothers, Pantelis and Petros, and they all gave up their successful careers in Washington, D.C. to move back home. They decided to start up a family business, creating luxury hand-crafted chocolates.

The company, Zoe’s Chocolate, opened in 2007, riding a wave of success in the early days. The Tsoukatos family gained celebrity customers, such as Anthony Bourdain and Martha Stewart. They also had a number of large contracts with high-end boutiques/hotels and even got their chocolates into the Emmy’s and Grammy’s green rooms. However, they failed to keep that early momentum going. After ten years of business, they lost their biggest supplier, Whole Foods, and with sales dropping and debts growing they were facing a bitter end. Their only hope was that Marcus Lemonis could bring back the sweet taste of success to the ailing family business.

Zoe’s Chocolate on The Profit

When Marcus first visits Zoe’s Chocolate boutique in Waynesboro, the overwhelming impression he got was that the products were exceptional. He admits to being a big fan of chocolate and eats it every day. Marcus calls the chocolate at Zoe’s ‘Spectacular’, and the best he’s ever tasted, but Marcus is surprised at how little variety is offered. Zoe’s Chocolate only offers 18 items, when Marcus would expect to see at least 60 individual items available in an average chocolate store.

After his sampling session, Marcus heads into the kitchen to meet the Tsoukatos family, even mom Eleni works with George in the kitchen, and although Marcus is pleasantly surprised by how much space there is, he also notices that everything is disorganized and messy. After hearing Zoe explain how the family business got started, he points out that none of the story or George’s long experience in the chocolate trade is covered in the packaging, ‘People buy from people’ he remarks, but Zoe and her brothers seem embarrassed by the story of how the business began.

Marcus discusses the figures with Zoe, who admits that the business is in debt to the tune of $170,000, with a combination of credit lines, loans, and credit card debts. After suggesting that more product lines are introduced, he realizes that Zoe and her brothers are resistant to any form of change, but he does have an offer for them.

Marcus offers a $250,000 investment, but he wants half the business and fully operational and financial control of everything. After some discussion, the family persuades Marcus to accept only a 40% stake in exchange for $200,000, but he will still have full control over the operational side of things. They strike a deal, and Marcus, who has by now discovered that no-one really seems in control of anything, conducts an experiment via a Facebook live broadcast.

Marcus asks his fans to place orders with Zoe’s Chocolate to prove a point, he convinces the family that they are far too disorganized after they receive hundreds of orders in less than an hour. Marcus describes the family as ‘Running around like chickens with their heads cut off’, and tells Pantelis to take full responsibility for everything that happens in the kitchen. The first item for the kitchen is to come up with another 12 items that they can add to the selection, and with Pantelis and George bouncing ideas around, Marcus organizes a refurbishment of the retail space in the store, using some of the huge storage space to expand it, and he takes Zoe and Petros to LA for a meeting with some creative geniuses.

Another of Marcus’ businesses is Flex Watches, and the entrepreneurs behind Flex also happen to be experts in marketing and branding, they convince Zoe that telling the story of the Tsoukatos family will be a big selling point, ‘People buy from people’ Marcus once again assures Zoe, and after speaking to her mom and dad, who tells her to be proud of what she and her brothers have done, she is more positive about the new branding for the business.

Marcus returns to Waynesboro, but Pantelis’ efforts to clean up the kitchen don’t meet with Marcus’ approval. He quickly finds several areas that could still be improved and takes Pantelis to a professional kitchen so he can see the level of organization that Marcus demands. The refurbishment is progressing well and George has come up with the twelve new menu items, which Marcus samples and is clearly impressed with. He sets up a meeting with Norwegian Cruise Lines, hoping that they will stock the new, far more diverse selection, on their luxury cruise fleet.

When asked about the companies biggest order to date, Zoe admits that it was 7,000 chocolates, but for a multi-billion company such as Norwegian Lines, that has a fleet of luxury cruises and ships, that’s really just a drop in the ocean. Zoe is told that 7,000 units would only cover one, or perhaps two cruise ships, so instead of offering a global fulfilment contract, she offers a deal for just the New York-based ship in the fleet, with a long-term eye on expanding the contract if Zoe’s chocolates can expand their manufacturing capabilities in the future.

Next, the store re-opens with the brand new $100,000 refurbishment, complete with the new branding and greater selection of chocolates. The customers’ flood in the store, and not just to try the free samples of the new items, sales are impressive too, and there are plenty of customers promising to come back again. Marcus is most impressed with the transformation of Zoe and her brothers, who now have a far more positive and organized way of operating the business.

Zoe’s Chocolate After The Profit – 2018 Update

Marcus Lemonis left Zoe’s Chocolate in a much more profitable, and upbeat, situation, and since the Zoe’s Chocolate episode first aired, he’s also managed to bring a synergistic partnership to the company, and he’s got big plans for the future of the business.

Marcus lined Zoe’s Chocolate up with another of his The Profit businesses, ‘Sweet Pete’s Candy’, featured in an episode in 2013, and between them, they created a new line of private label chocolate bars. Marcus is now helping Zoe and her family to increase the manufacturing capability of the company, in order for a new level of expansion he has planned, both online and in real brick-and-mortar retail locations.

Marcus wants to eventually expand Zoe’s Chocolate to more locations within the United States, and there is now a second location in Frederick, Maryland. There may even be a flagship Zoe’s Chocolate store in the future, but in the long-term, he has his sights on the international market. Marcus believes that the unique story of the Tsoukatos family, combined with the sensational chocolate that they produce could be a big hit Worldwide, and ultimately he wants to see Zoe’s chocolate in a store near you, no matter where in the World you happen to live.

The Yelp reviews of both the Waynesboro and Frederick stores are almost unanimously positive, with many customers praising the new branding, as well as those spectacular sweet chocolates. But if you are still waiting for a Zoe’s Chocolate store to open near you, then the newly redesigned website has a stylish feel to it, and an easy to use purchasing system, and in addition, you can also buy from Amazon. Finally, if you want to examine those chocolates in a bit more detail before buying, you can always keep up-to-date with the business on the Zoe’s Chocolate Facebook page, but be warned, it’s going to make your mouth water.