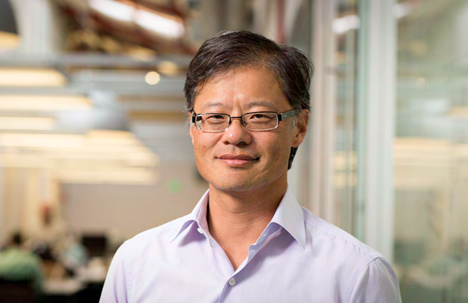 Originally from Taiwan, Jerry Yang is perhaps best known as the co-founder of Yahoo! Inc. An engineer and programmer, he launched the company in 1994, with his friend, David Filo. For two years, he served as the CEO from 2007 to 2009. From there, he eventually left the company in 2012 for other opportunities.

Since then, he has founded AME Cloud Ventures, a venture capital firm through which he mentors numerous startup companies. In addition to that, he serves on a number of corporate boards, including those of the Lenovo Group, Curbside, Workday, Inc., and Alibaba.

As the co-founder of Yahoo!, how much is the entrepreneur worth now? How wealthy is the former CEO? How much has he pulled in over the years? One of the richest men in the country, Jerry Yang’s current net worth is estimated to be around $2.6 billion. What contributed the most to this fortune of his? Let’s take a look below.

How did Jerry Yang Make His Money & Wealth?

Born on November 6, 1968, in Taipei, Taiwan, Jerry Yang was raised by his grandparents in San Jose, California. A diligent student, he had studied electrical engineering at Stanford University following his high school graduation. From there, he eventually returned for a Master of Science, during which he met his future collaborator, David Filo. Ultimately, the two would go on to establish Yahoo! Inc. in 1994.

A directory of other websites, its popularity rapidly grew over the next few years. By 1995, the American capital firm, Sequoia Capital had made a $2 million investment in the company. A year later, the site went public with close to 50 employees. For his contributions to Yahoo!, he was named as “One of the World’s Top 100 Innovators Under 35” by the MIT Technology Review in 1999.

After years of working as a “Chief Yahoo”, he served as CEO for two years from 2007 to 2009. From there, he eventually left Yahoo! for other opportunities in 2012. By then, he had already earned himself an impressive fortune. In response to his departure, it was announced that Carol Bartz would be serving as the next CEO. With that, Yang has remained on Yahoo’s board of directors (after regaining his former “Chief Yahoo” position).

Following his leave, he launched his own firm called AME Cloud Ventures, through which he mentored several technology startups. To date, the company has provided funding to over fifty different startups including Wattpad, Evernote, Tango, and Shijiebang, among others.

In addition to AME Cloud Ventures, Yang also serves on a number of corporate boards including those of the Lenovo Group, Alibaba Group, and Workday, Inc. In the past, he had also worked with Cisco, and Stanford University.

With a net worth of $2.3 billion, he is currently one of the wealthiest individuals in the country. A philanthropist at heart, he has donated to several causes throughout the years. For instance, he and his wife had chosen to give $75 million to their alma mater, Stanford University in 2007. More recently last year, they also donated $25 million to the Asian Art Museum in California.

Yes, he is married to Akiko Yamasaki whom he met during a 6-month exchange program to Japan.

Similar to Yang, she had graduated from Stanford University, where she had studied industrial engineering.

Does Jerry Yang Have Any Children?

He has two children with his wife.

Did Jerry Yang Go to College?

Yes, he received a Bachelor of Science in electrical engineering from Stanford University. From there, he returned for a Master’s degree. Ultimately, it was during his time at the college that he met David Film, with whom he eventually founded Yahoo! in 1994.

What is Jerry Yang Famous For?

Jerry Yang is best known for having co-founded Yahoo! Inc. with David Filo. From 2007 to 2009, he also served as Yahoo’s CEO.

What Kind of Vehicle Does Jerry Yang Drive?

Unfortunately, we do not have any information on Jerry Yang’s vehicle.

How Much Money Did Jerry Yang Make Last Year?

Information on Jerry Yang’s annual earnings for 2017 is not available.

As mentioned previously, he currently works as a mentor for technology startups through his firm, AME Cloud Ventures. In addition to that, he also serves on several boards including those of Alibaba, Workday, Curbside, and Lenovo.

If you wanted to follow the Yahoo! co-founder on social media, you may be disappointed to know that he’s not active on any platforms.