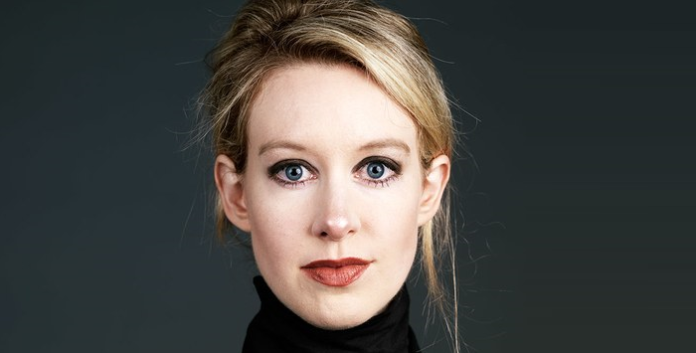 Elizabeth Holmes is a businesswoman, best known for being the founder and CEO of Theranos. With the recent controversies surrounding the company, one question began to ask itself over and over again; what happened to Holmes’ net worth? Well, let’s take a look:

That’s right, according to none other than Forbes themselves, Elizabeth Holmes has a net worth of $0. This basically comes due to her losing her billionaire status overnight. To understand what happened, we need to know the full story. And here it is:

How Did Elizabeth Holmes Make (Lose) Her Money & Wealth

Elizabeth was born in Washington D.C in 1984, to Noel Daoust and Christian Holmes IV. Her father was a government service employee, and her mother was a staff member of the congressional committee. At 9 years of age, she relocated to Houston, TX, together with her family. Even at a very young age, she showed extreme interest in education and was able to complete 3 years worth of Stanford’s language classes before her high school graduation. During her high school years, she started getting interested in computers and programming. She even managed to start a business by selling C++ (a programming language) compilers to other universities.

After high school, she attended Stanford. After the first year at Stanford, she started working in a laboratory, doing tests for SARS. She dropped in 2004 in order to pursue her goal of starting a healthcare tech company.

She started the company, Theranos, in Palo Alto, CA, and named it Theranos. The name is a portmanteau of “THERApy” and “diagNOSis”. At first, Holmes worked from a joint college home, had a single employee and was renting laboratory space. The idea behind the company was to decrease risks of diseases by making health information available to people at any time. 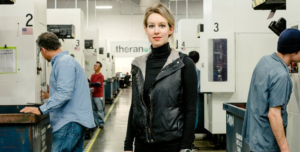 By the end of the year, she managed to raise six million dollars in funding for her company. The company started to grow rapidly, and in just 4 years, Elizabeth had over $92 million in venture capital. The company operated stealthily, without any media coverage or even a website until 2013. In 2013, she attracted media attention becauseTheranos announced a huge partnership deal with none other than Walgreens. They were making centers for blood sample collection in various Walgreens stores.

She attracted even more attention next year when several news outlets dubbed her “The Next Steve Jobs”. Forbes even ranked her as the youngest self-made billionaire. At this time, the company was valued at $9 billion and had close to a hundred patents under its name.

In late 2015, WSJ published a piece saying that Thanos blood testing devices might not be accurate. The company refuted the statement and announced that they will publish data on the accuracy of their devices.

A few months later, in January of 2016, CMS inspected Theranos’ lab in Newark, CA, and sent a warning notice to the company. The inspection was repeated once again in March, and it was concluded that the company hadn’t fixed any issues raised by the inspectors. Holmes was banned by CMS from doing any work regarding blood testing, including owning and operating a company that does the work. Due to this, her partnership with Walgreens was broken, and all collection centers were closed.

Afterward, several others investigations were raised. These include an official FBI investigation, a couple of class action lawsuits, and an investigation by the U.S. Attorney’s Office. Holmes stood by her claims, denying that the company did anything wrong.

Last April, Holmes announced that Theranos reached an agreement with CMS and that all legal proceedings were resolved. Nonetheless, a month later, a large majority of the company’s shareholders decided to dismiss all litigations in exchange for preferred stock shares. This meant that Holmes had to release some of her equity to negate any consequences.

Just a few days ago, the final chapter of the story was completed. Holmes’ company was taken away from her, and she had to pay a $500,000 fine. The company’s net worth went from $9 billion to $800 million, and while Holmes still holds lots of its stocks, at that net worth, the investors would be paid before her. This effectively puts her net worth to $0, according to Forbes and other outlets.