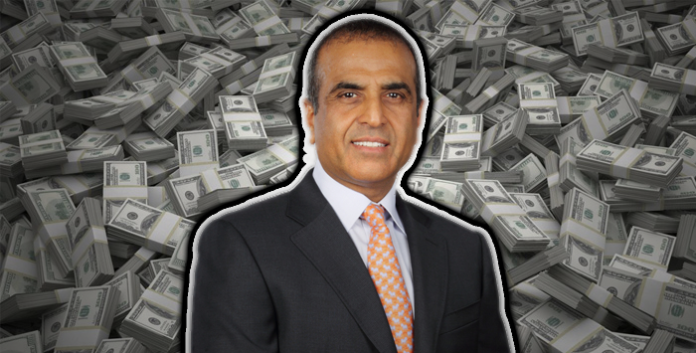 Sunil Bharti Mittal is an Indian entrepreneur, best known for being the founder and owner of Bharti Enterprises. His conglomerate currently operates in 18 countries in Asia and Africa in various business fields such as telecommunications, financial services, manufacturing, real-estate, and others. Bharti Enterprises employ over 30,000 people and make dozens of billion dollars in annual revenue. So it’s quite obvious that Sunil is one of the wealthiest people in the world thanks to his business efforts. But how rich is Sunil Bharti Mittal exactly? Let’s take a look.

Sunil Bharti Mittal has an estimated net worth of $8.6 billion according to Forbes. This makes him the 14th richest man in India and 176th richest man in the entire world. This puts him near people like Giorgio Armani (the famous fashion designer), Silvio Berlusconi (former Prime Minister of Italy) and Terry Gou (the chairman of Foxconn, the company which owns Nokia and Sharp) when it comes to net worth.

Unlike lots of other billionaires, Mittal’s wealth is self-earned. Let’s take a look at exactly what he did to earn his $8.6 billion net worth.

How Did Sunil Bharti Mittal  Make His Money & Wealth?

Sunil was born to Sat Paul Mital and Rajya Sabha. His father was a well known Indian politician, including being a member of the Indian National Congress. He graduated from the Panjab University in Chandigarh in 1976.

He started his first business when he was 18 years old, after borrowing around $310 from his father (20,000 Indian rupees) in 1976. He was making crankshafts (bicycle parts) and selling them to local manufacturers. Few years after, together with his brothers Rajan and Rakesh, he founded the Bharti Overseas Trading Company. Sunil sold his bicycle business and moved to Mumbai from where he started importing power generators from Japan. 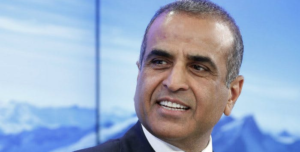 In 1983, Mittal was visiting Taiwan and first saw the push-button phones, which were a novelty at the time. He, of course, knew that Indians still used the rotary phones, and saw his opportunity. Sunil started selling telephones and fax machines, and the business started to grow rapidly.

A decade after, he managed to get one of the four licenses that were auctioned and was able to start his own mobile phone network. Bharti launched the service three years later in Delhi, under the brand name Airtel. Shortly after, Airtel became the first telecommunications company to have 2 million customers. As one of the key people of the company, Mittal became a multi-billionaire. Airtel is currently India’s largest mobile operator, and the third largest one in the world, after China Mobile and Vodafone.

In 2010, his company acquired Zain Telecom for around $11 billion. Few years after, he also acquired Warid Congo, the largest network communications provider of the Replubic of Congo. In 2015, he joined the board of OneWeb, investing $500 million together with brands such as Coca-Cola and Qualcomm.

So, the answer our today’s question is… he created one of India’s largest conglomerates, and became a rich man during the process of creating and managing the conglomerate. 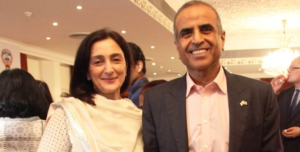 He is indeed married, to Nyna Mittal, with whom he has three children. The couple has a daughter (Eiesha) and twin sons (Sharvin and Kavin).

According to IndianExpress, Mittal’s 2017 annual salary was 30 crore, which equals to around $50 million.

According to some sources, he drives (or is more likely being driven) a Mercedes S-Classe 500, one of the most luxurious cars in the world. He also apparently has a large car collection as well.

Mittal is one of India’s best-known philanthropists. Here are some of the notable things that he’s done in the name of charity and philanthropy: