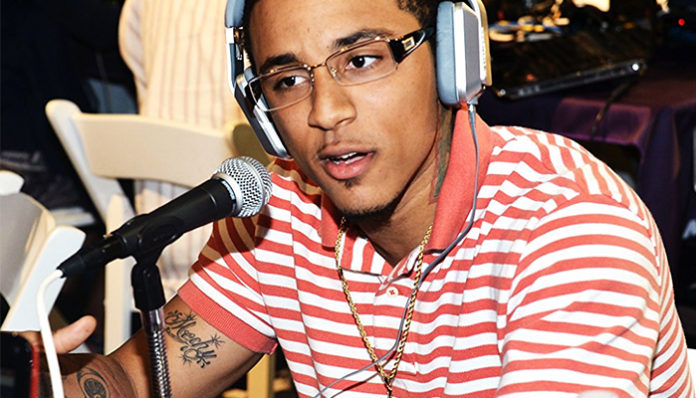 A rapper out of Houston, Texas, Kirko Bangz rose to fame for his breakthrough single, Drank in My Cup. Since then, he has churned out several additional records including Keep It Trill, Rich, Worry Bout It, and I Just Got Paid. His debut EP, Fallin’ Up Mix was issued in the summer of 2015.

In the recent years, his popularity has grown tremendously. In fact, he has more than 13,000 followers on Soundcloud alone. On other social media platforms, the rapper has more than one million fans combined. Assuming that he continues to issue new releases,  it’s likely that his fanbase will continue to grow.

How rewarding has his career in rap been? How much money has he earned from making music over the years? How wealthy is the 28-year-old? From our research, Kirko Bangz’s current net worth hovers around the $1.5 million mark. Wondering where this amount came from? Below, we’ll be taking a look at the answer to this question- so stick around.

How did Kirko Bnagz Make His Wealth & Money?

In 2011, he gained a wave of popularity with the release of his breakthrough hit, Drank In My Cup. Taken from his second mixtape, the song peaked at number 28 on the Billboard Hot 100; not only that, but it has soared to the top of the US Rap Songs chart. His first RIAA-certified record, it has since sold over one million copies in the country. Needless to say, the success of the track would have yielded him a decent amount of earnings.

Some of the other noteworthy singles that he dropped during that period include Keep It Trill, Hoe (Feat. Yo Gotti and YG), Rich (Feat. August Alsina), and Worry Bout It (Feat. Fetty Wap), most of which have charted in the US.

In 2015, the rapper issued his debut extended play, Fallin’ Up Mix. Released as a digital download, it gave rise to a number of new tracks including You The One, and For The Summer. A year later, he followed up with a second EP titled, Playa Mode, which featured guest appearances from Jacquees and X.O.

In addition to what he makes from record sales, he also has another source of income in the form of concerts. That’s right, like most artists, Kirko Bangz is known for putting on a number of shows throughout the year; naturally, each performance would yield him a decent amount.

Speaking of which, it’s likely that he also pulls in some extra income from his YouTube channel. As of 2018, he has gained over 158 million views- assuming that his videos are monetized, this would translate to a decent amount of earnings.

No, he is not married. In fact, Kirk Bangz is currently single as far as we can tell.

Does Kirko Bangz Have Any Children?

Kirko Bangz does not have any children.

Did Kirko Bangz Go to College?

Yes, he did. After graduating from high school, he went to Prairie View A&M University to study communications.

What is Kirko Bangz Famous For?

Kirko Bangz rose to fame for his 2011 hit single, Drank In My Cup, which peaked at number 28 on the Billboard Hot 100. His first platinum record, it had also topped the Hot Raps Song chart in the US.

Kirko Bangz currently resides in Houston, Texas. Pictures of his house are not available.

What Kind of Car Does Kirko Bangz Drive?

Details on Kirko Bangz’s vehicle is not available.

How Much Money Did Kirko Bangz Make in 2017?

Unfortunately, information regarding Kirko Bangz’s 2017 salary is not available.

Most recently, the rapper dropped the mixtape, Progression 17 in 2017. Around that same time, he also released a single titled, Swang N Bang.

Want to support him online? How about following him on social media? You can find Kirko Bangz on a few platforms such as Twitter and Instagram at @KirkoBangz. Alternatively, you can visit his official Facebook fan page here– don’t forget to give him a like!