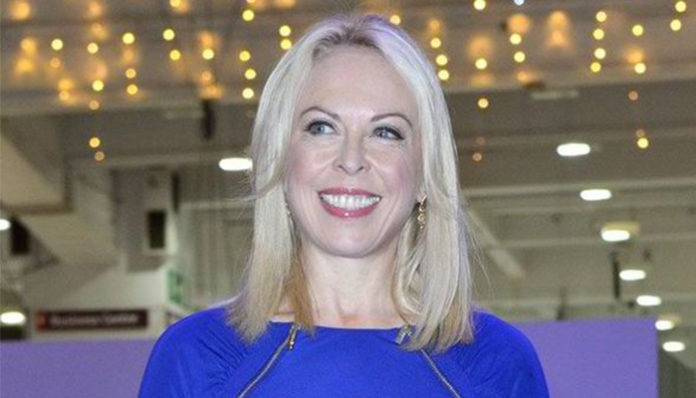 A former ice dancer, Jayne Torvill is perhaps best known for having won a gold medal at the 1984 Winter Olympics. A decade later, she also won bronze in the 1994 Winter Games in Lillehammer. Shortly afterward, she announced her retirement from figure skating.

Since then, Torvill has involved herself with several other things- for instance, she has been starring on the TV show, Dancing on Ice since 2006. Earlier this year, she was also a special guest on Central Tonight. In addition to all that, she often performs in ice shows throughout the year.

How is the former Olympian doing for herself nowadays, considering all that she has going for her? How well off is she? From our research, Jayne Torvill’s current net worth hovers around $3 million. As a retired athlete, where does most of the skater’s income come from? If you’re interested in knowing, stick around, for we’ll be discussing this questions below.

How did Jayne Torvill Make Her Money & Wealth?

Born on October 7, 1957, in Nottingham, England, Jayne Torvill fell in love with skating at the age of eight, after attending a school field trip to the local rink. Later enrolling herself in lessons, she progressed quickly over the next few years. By the time she was nearing her teens, Torvill had won a national title as a pairs skater, with her then-partner, Michael Hutchenson. Later in 1980, she participated in her first Winter Olympic Games, with partner Christopher Dean.

The following year, Torvill and Dean made their debut at the World Championships, where they beat Irina Moiseeva and Andrei Minenkov of the Soviet Union, for the gold medal. Ultimately, they would go on to replicate the same success for the next three years, from 1982 to 1984.

As far as other competitions go, the pair also competed in the European Championships. In fact, the same skaters had finished on the podium, with Torvill and Dean once again, in first place. From there, they would go on to win two additional golds in 1982, and 1984.

With many years of experience, they later turned pro after winning the gold medal in Ice Dancing at the 1984 Winter Olympic Games in Sarajevo. Though their professional status initially prevented them from participating in the 1994 Winter Games, the rules were eventually relaxed by the Skating Union, which allowed them to compete in their last Winter Olympics in Lillehammer, where they finished in third place.

Not long afterward, she and Dean retired from the sport. While they no longer skate competitively, they do perform in ice shows throughout the year. In fact, they’ve also been starring in the reality show, Dancing on Ice since 2006. As far as other recent television appearances go, she was also featured on the talk show, Central Tonight, earlier this year.

Staying involved with skating, they were even announced as the ambassadors for the 2012 European Championships. Two years later, they visited Sarajevo for the 30th anniversary of the 1984 Summer Games.

Yes, she has been married to her husband, Phil Christensen, for many years.

Does Jayne Torvill Have Any Children?

Yes, she has two children with her husband, a daughter named Jessica, and a son named Kieran.

Did Jayne Torvill Go to College?

Unfortunately, information regarding Jayne Torvill’s education history is unavailable at this time.

What is Jayne Torvill Famous For?

With Christopher Dean, the ice dancer had won a number of medals throughout her figure skating career. Perhaps one of their greatest accomplishments is having won a gold medal at the 1984 Winter Games in Sarajevo.

She currently lives with her family in East Sussex, England. Photos of her home are not available

What Kind of Vehicle Does Jayne Torvill Drive?

Information on Jayne Torvill’s vehicle is unavailable at this time.

How Much Money Did Jayne Torvill Make Last Year?

Information on Jayne Torvill’s annual earnings for 2017 is not available.

As mentioned previously, Torvill has been starring as one of the main head coaches on the reality show, Dancing on Ice since 2006. Most recently, the tenth season premiered in January 2018. Aside from that, she has also been featured in shows such as Pointless Celebrities, and Who’s Doing the Dishes, in the recent years.

Want to follow the former ice dancer on social media? If so, you can visit her official Twitter page at @Torvillanddean, or Instagram at @JayneTorvill_official. On Facebook, the pair also has a fan page which you can visit by clicking here.