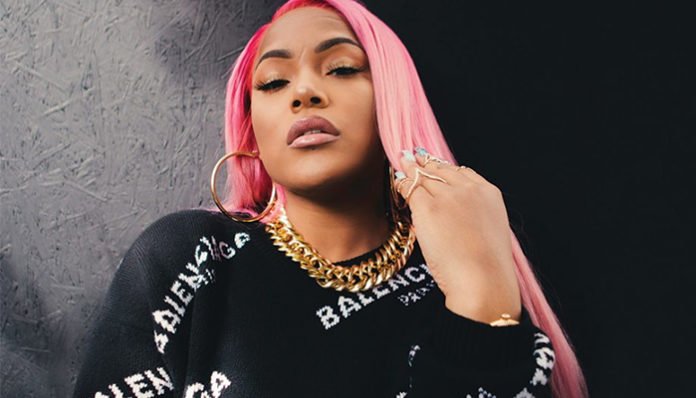 A singer-songwriter, Stefflon Don recently dropped her debut EP, Hurtin’ Me earlier this year. Prior to that, she had released a number of singles including Envy Us, Real Ting, Ding-a-Ling, and Hurtin’ Me, most of which reached the music charts.

As a featured artist, she has also worked with several artists in the past such as Jeremih, Halsey, Max Jones, and Lisa Mercedez. Some of her most popular collaborations include Instruction and Bum Bum Tam Tam. Today, she is signed to the Atlanta-based record label, Quality Control Music.

How much has she raked in as a recording artist? How well is she doing for herself in the music industry? How rich is the twenty-something? From our research, Stefflin Don’s 2018 net worth is around $1.7 million. What contributed to this fortune of hers? What are some of her standout projects? How many things does she have going for her? We’ll be trying to address these questions below.

How did Stefflon Don Make Her Money & Wealth?

Born on December 14, 1991, in West Midlands, England, Stefflon Don and her six siblings spent the first few years of their childhood in Birmingham, before moving to the Netherlands with their parents. When she was fourteen years old, she returned to Britain in order to study at a London School. Unlike some other artists who had launched their music career in their teens, it wasn’t until she was in her twenties that she decided to pursue a career in hip-hop. Previously, she had worked as a hairdresser and as a cake decorator.

In 2016, she made her first appearance in Jeremih’s single, London, which also featured the rap duo, Krept & Konan. From there, she also collaborated with Lisa Mercedez on the song, Kitty Kat.

The following year, she came out with two singles, 16 Shots and Envy Us (Feat. Abra Cadabra). Still, it wasn’t until the release of Hurtin’ Me that summer that she rose to fame. A collab with French Montana, it had performed exceptionally well; not only did it reach number seven on the UK Music Chart, but it has since received gold certification from the BPI.

From there, she had the opportunity to work with Juan Megan, J Balvin, Future, and MC Fioti on the song, Bum Bum Tam Tam. Another big hit, it had earned her a significant amount of attention in hip-hop realm. That same year, she had worked with Jax Jones and Demi Lovato on the single, Instruction, which charted at number 13 in the UK.

Since then, the rapper has released her debut extended play, Hurtin’ Me – The EP. A four-track project, the tracklist consisted of 16 Shots, Ding-a-Ling, Hurtin’ Me, and Hurtin’ Me [The Remix]. On SoundCloud, the EP has already been played millions of times.

In addition to what she pulls in from her records, she also earns a decent amount from putting on performances throughout the year. Speaking of which, she has several shows planned for later this year- for more information, please visit her official website.

No, she is not married. As far as we can tell, Stefflon Don is currently single.

Does Stefflon Don Have Any Children?

No, Stefflon Don does not have any children that we know of.

Did Stefflon Don Go to College?

No, Stefflon Don has not attended college.

What is Stefflon Don Famous For?

Stefflon Don gained attention after being featured in tracks such as Lethal Bizzle’s Wobble and Angle’s Hop On. Last year, she also collaborated with Jax Jones on the hit single, Instruction.

Stefflon Don currently lives in London, England. Further details are not available at this time.

What Kind of Vehicle Does Stefflon Don Drive?

Unfortunately, we do not have any information on Stefflon Don’s vehicle.

How Much Money Did Stefflon Don Make Last Year?

Information on Stefflon Don’s annual earnings for 2017 is not available.

Earlier this year, the rapper released her debut EP, Hurtin’ Me through the Polydor label. In addition to that, she had recorded the song Cigarette with Mabel and Raye. Upon its release, it had peaked at number 41 in the UK.

A fan of the rapper? If so, be sure to follow her online- you can find Stefflon Don on a few social media platforms such as Instagram and Twitter (@StefflonDon). On Facebook, the artist also has an official fan page which you can check out here.