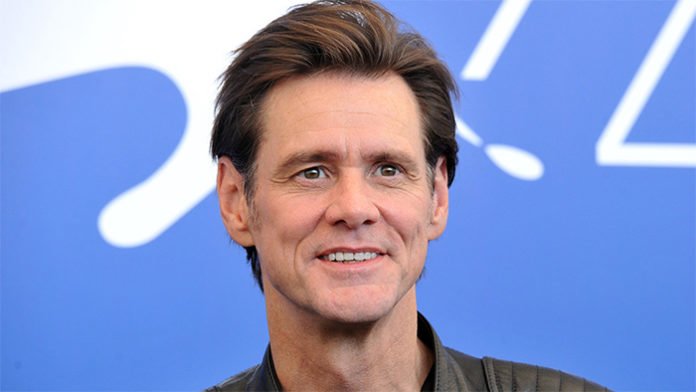 A Hollywood star, Jim Carrey has starred in numerous films throughout his career including How the Grinch Stole Christmas, Horton Hears a Who!, and Mr. Popper’s Penguins, among many others. Most recently, he appeared in the documentary, Jim & Andy: The Great Beyond.

Aside from the big screen, he also has an impressive list of television credits. In fact, he had originally made his claim to fame in the 90’s sketch comedy series, In Living Color. Since then, he has also appeared in shows such as Saturday Night Live, Sesame Street, The Office, and 30 Rock. Later this year, he will be starring alongside Catherine Keener in a comedy-drama called, Kidding.

How much has he earned for himself in Hollywood over the years? How successful is his career today? As one of the country’s top actors, it’s not surprising to know that he’s incredibly wealthy. As of 2018, Jim Carrey’s net worth is estimated to be around $150 million. What are some of the star’s biggest projects to date? Let’s find out below.

How did Jim Carrey Make His Money & Wealth?

Born on January 17, 1962, in Ontario, Canada, Jim Carrey was raised in Burlington with his three older siblings. Prior to his big television debut, he built his reputation by performing at open-mic nights. His first acting role was in that of the 1981 TV film, Rubberface. Though he went on to appear in a few additional titles over the next several years, it wasn’t until 1994 that he rose to stardom after being cast in the movies The Mask, Ace Ventura: Pet Detective and Dumb and Dumber. For his portrayal of The Mask, he had won his first Golden Globe Award nomination.

Since then, the actor has starred in dozens of films including The Cable Guy, Man on the Moon, How the Grinch Stole Christmas, Fun with Dick and Jame, and Yes Man, among others. In addition, to live action acting, he had also lent his voice to the film, Horton Hears a Who! in 2008.

Considering his line of work, it’s obvious that a significant chunk of his income comes from his work in Hollywood. In fact, it’s not uncommon for him to be paid in the tens of thousands of millions per film! For instance, he was paid $10 million for his role in the 2014 movie, Dumb and Dumber To.

Though his main emphasis is on film, he has also made several television appearances over the years. Some of the shows that he’s appeared in in the past include Saturday Night Live, The Larry Sanders Show, The Office, I’m Dying Up Here, and 30 Rock. Later this year, he will also be starring in a comedy called, Kidding, which he will also be overseeing as an executive producer.

In terms of other ventures, he had released a couple of singles in the 90’s titled Somebody to Love and Cuban Pete. In 2013, he also published a book called How Roland Rolls.

Does Jim Carrey Have Any Children?

He has a daughter named Jane Erin Carrey.

Did Jim Carrey Go to College?

No, Jim Carrey did not attend college.

What is Jim Carrey Famous For?

A famous actor, Jim Carrey has starred in numerous notable films over the years including The Mask, Dumb and Dumber, How the Grinch Stole Christmas, Man on the Moon, and Yes Man, among many others.

Jim Carrey currently lives in a lavish home in Los Angeles. Photos of his house are not available.

What Kind of Vehicle Does Jim Carrey Drive?

He owns a Mercedes Benz SL63, and a Porsche Panamera.

How Much Money Did Jim Carrey Make Last Year?

Information on Jim Carrey’s annual earnings for 2017 is not available.

As mentioned earlier, Jim Carrey will be starring in the comedy-drama, Kidding later this year. Created by Dave Holstein, it will also feature him as one of the show’s executive producers. On the big screen, he most recently appeared in the documentary, Jim & Andy: The Great Beyond.

If you’re a fan of his work, why not follow him on social media? You can find Jim Carrey on a few platforms such as Instagram (@OfficialCarrey) and Twitter (@JimCarrey). On Facebook, you can also give him a like on his official fan page here.