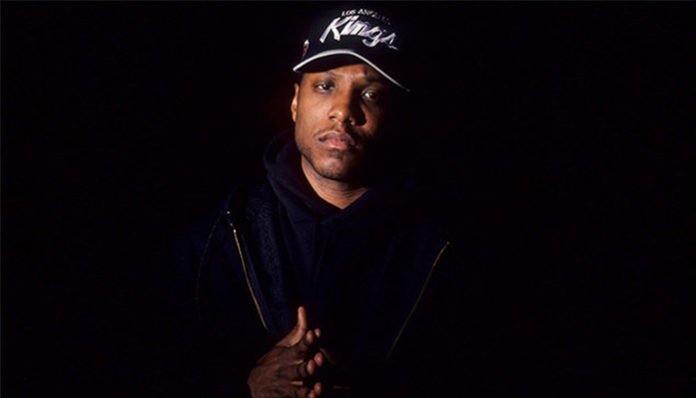 A Compton-bred rapper, MC Ren has released numerous singles over the years including Ruthless for Life, Same Ol’ Shit, Lee It Real, and Final Frontier. The founder of Villian Entertainment, he had launched his solo music career in the late 1980’s.

Outside of his solo music career, he had also been a member of the hip-hop group, N.W.A. Throughout the 80’s and 90’s, they churned out several hits, some of which included Straight Outta Compton, Express Yourself, 100 Miles and Runnin, and Gansta Gangsta. After their disbanding in 1991, they had reunited briefly in 2000.

What is the hip hop artist up to nowadays? How is he doing for himself? How much has he brought home over the past several years? From what we can gather, MC Ren’s current net worth is around $1 million. What contributed the most to his wealth? What are some of his most notable projects? We’ll be addressing these questions below.

How did MC Ren Make His Money & Wealth?

Born on June 14, 1969, in Compton, California, MC Ren grew up with his three siblings in the Kelly Park area. As a teen, he went to Dominguez High School, where he became acquainted with DJ Train, a future collaborator. Ultimately, it was during that time that he developed an interest in hip-hop. Together with his childhood friend MC Chip, he began to write his own raps in his free time. Eventually, the pair also started to perform at nightclubs and parties.

From there, he eventually became a member of the hip-hop group, N.W.A. in 1986. Their debut album, Straight Outta Compton was later released in 1988. Responsible for launching them into fame, the multi-platinum record spawned three hit singles, Express Yourself, Gangsta Gangsta, and Straight Outta Compton.

Three years later, N.W.A. dropped their second album titled, Niggaz4Life. Their first and only chart-topper, it had reached number one on the Billboard 200. Among the tracks that it included were Always Into Somethin, Appetite for Destruction, Automobile, and One Less Bitch.

Naturally, MC Ren would have earned a considerable portion of his work with the N.W.A. Having said that, that’s not the entire picture. In addition to his contributions to the group, he had also launched a solo music career in the early 90’s. His debut album, Shock of the Hour was released in 1993. Well received, it had received gold certification in the US after selling over 500,000 copies.

By the end of the decade, he had added two additional albums to his catalog- The Villain in Black and Ruthless for Life, both of which reached the Billboard 200. Over a decade later, the emcee followed up with a fourth studio album titled, Renincarnated in 2009.

What else did he have going for him? Besides his music career (both solo and with the N.W.A.), he had also appeared in a film called, Lost in the Game, which he himself had directed. Released in early 2005, it revolved around the sketchy terrain of street hustlers and record companies.

Since 1993, he has been married to Yaasamen Alaa.

Does MC Ren Have Any Children?

Yes, he has five children with his wife. In fact, his oldest son, Anthony raps under the name “Waxxie.”

Did MC Ren Go to College?

No, MC Ren has not attended college.

What is MC Ren Famous For?

MC Ren initially rose to fame as a member of N.W.A. From there, he gained recognition as a solo artist in the early 90’s. Some of his most popular songs include Ruthless for Life, Same O’ Shit, and Keep It Real.

At this time, we do not have any information on MC Ren’s location.

What Kind of Vehicle Does MC Ren Drive?

Unfortunately, we do not have any information on MC Ren’s vehicle.

How Much Money Did MC Ren Make Last Year?

Information on MC Ren’s annual earnings for 2017 is not available.

On the music front, MC Ren hasn’t dropped any new projects since Renincarnated in 2009. With that said, he did land a recent feature in Alexandre Vrac AV’s single, For Life earlier this year.

Wondering what he’s up to? If so, why not follow him on social media? You can find the former N.W.A. member on Twitter and Instagram at @RealMCRen. On Facebook, he also has an official fan page which you can visit here.