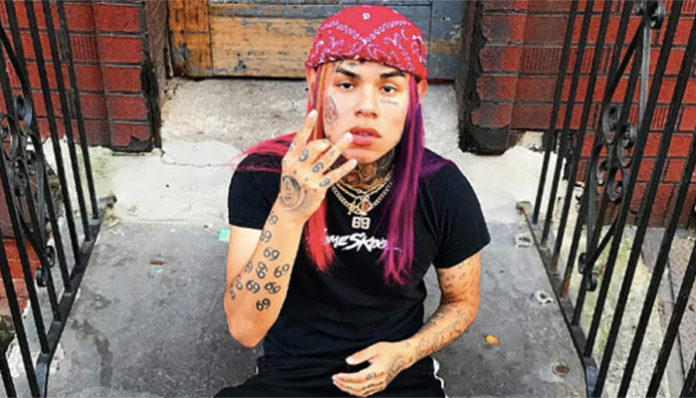 A Brooklyn-based rapper, Tekashi69 gained fame for his breakthrough hit, Gummo, which charted at number 12 on the Billboard Hot 100. Since then, he has also released Kooda, which went on to receive gold accreditation from the RIAA.

Following the success of his two singles, he dropped his long awaited debut album, Day69 in February 2018. A huge hit, it charted in many countries across the world including the US, Canada, Australia, Norway, and a few others. To date, the 21-year-old artist has amassed nearly 300,000 followers on Soundcloud.

Over the past year and a half, how much has he banked from his musical endeavours? That is, how successful is his music career? From what we can gather, Tekashi69’s 2018 net worth is estimated to be around $500,000. Did he earn most of this from his record sales? What other things does the twenty-something have going for him? Below, we’ll be taking a more in-depth look at his music career.

How did Tekashi69 Make His Money & Wealth?

Born on May 8, 1996, in Bushwick, Brooklyn, Tekashi69 (Real Name: Daniel Hernandez) was born to a Puerto Rican father and a Mexican mother. Tragically, his father was murdered when he was thirteen years old. Expelled from school in the eighth grade, he eventually took on various jobs including selling marijuana, to financially support his mother.

A big fan of rap and hip hop, he began to upload his own tracks to Soundcloud in the early 2010’s. Gradually over time, his work had gained him a decent fan base.  With that said, it wasn’t until 2017, that he made himself known as a mainstream artist. That year, he had released the single, Gummo– to his surprise, it performed exceptionally well, having reached number 12 on the Billboard Hot 100. Not only that, but it has since gone platinum in the US with over a million sales.

Within a few months time, he released a second single titled, Kooda. Though not as successful as his debut effort per se, it had reached as high as number 50 on the Billboard 200. His second RIAA-certified record, it has since also gone gold in the US. Considering the success of the two above-mentioned singles, it’s likely that they had contributed a fair amount to his income that year.

In early 2018, Tekashi69 issued his first mixtape titled, Day69. Made available as a digital download, it gave rise to eleven cuts including a remix of his hit song, Gummo, which featured Offset of Migos’ fame. A solid release, it had entered the Billboard Top 200 at number four, with 55,000 domestic sales in the first week.

On top of what he banks from his musical releases, Tekashi69 also brings home a decent amount from putting on shows throughout the year. In fact, he has a few performances scheduled for later this year in Washington, DC, Germany, and Florida.

As he continues to drop new music, it’s likely that his fanbase will continue to grow. As it does, the rapper will most likely receive more opportunities to make himself known in the hip hop world.

No, as far as we know, Tekashi69 is not married. Having said that, not much, if anything at all, is known about his dating life.

Does Tekashi69 Have Any Children?

Tekashi69 does not have any children, as far as we know anyway.

Did Tekashi69 Go to College?

Tekashi69 has not gone to college. Ever since he got expelled from school in the eighth grade, he hasn’t looked back.

What is Tekashi69 Famous For?

Tekashi69 gained widespread attention last year with the release of his breakthrough hit, Gummo. Since then, he has also issued a mixtape titled, Day69, which has gone on to chart in many countries.T

Where Does Tekashi69 Live now? Photos of Tekashi69’s House

Tekashi69 currently lives in Brooklyn, New York. Further information on his location are not available.

What Kind of Vehicle Does Tekashi69 Drive?

Unfortunately, information on Tekashi69’s vehicle is not available.

How Much Money Did Tekashi69 Make Last Year?

Information on Tekashi69’s 2017’s earnings are not available at this time.

This February, the rapper released his first mixtape, Day69, which reached as high as number 6 on the Billboard 200. Among its playlist were the tracks Gummo (Remix), Keke, Rondo, and 93, among a few others.

Want to support the New Yorker online? If so, how about following him on social media? You can find him on a few of these platforms such as Instagram and Twitter at @6Tekashi9. Alternatively, you can visit his Facebook fan page by clicking here.