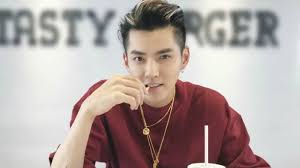 A popular singer and actor, Kris Wu was previously a member of the popular boy band, EXO. With the group, he released numerous hits including History, Growl, What is Love, and Miracles in December. Prior to leaving the band, he contributed to their second album, Overdose, which came out in 2014.

With all that he’s involved in, is it safe to assume that he’s fairly successfully, financially? How much does he make from his work? How rich is the Chinese-American idol? From our research, Kris Wu’s current net worth is around $9 million. Below, we’ll be exploring some of the sources of his income.

How did Kris Wu Make His Money & Wealth?

Born on November 6, 1990, in China, Kris Wu was raised in Guangzhou for several years, before moving to Vancouver at the age of ten. Not long after finishing high school, he tried his luck at the S.M. Entertainment’s Global Auditions; following a successful tryout, he moved to South Korea in order to join the company. A few years later, it was announced that he would be joining the boy band, EXO. After making their debut in 2012, their popularity quickly soared in South Korea.

Their debut album, XOXO was released in the summer of 2013. A huge hit, it eventually became the first record by a Korea-based artist to sell over one million copies in twelve years. As EXO’s popularity grew in Korea, so did the singer’s.

Prior to leaving the group in 2014, Wu contributed to their third extended play, Overdose. Shortly afterward, he decided to focus his attention on launching a solo career. Some of the singles that he’s released since then include Bad girl, Greenhouse Girl, From Now On, Good Kid, and Deserve, many of which charted in China.

Aside from his music career, Wu has also been making strides in China’s film industry. For instance, he has appeared in the movies Somewhere Only We Know, The Mermaid, So Young 2: Never Gone, Valerian and the City of a Thousand Planets and Europe Raiders.

On television, he has also been featured in a few variety shows such as The Rap of China, Challenger’s Alliance and 72 Floors of Mystery.

In addition to what he earns from his music and acting career, the artist also has a fair amount of endorsements. For instance, it was announced that he had become the ambassador for Mercedes-Benz in China in 2016. In fact, a “Kris Wu Edition” of the smart car was later released that year.

Some of the other companies that he’s worked with include I.T. Cashback and BVLGARI. In 2016, he also became the first person of Asian descent to become an ambassador for Burberry.

No, he is not married. According to his representatives, he is currently single and not in a relationship.

Does Kris Wu Have Any Children?

As far as we know, Kris Wu does not have any children.

Did Kris Wu Go to College?

He did not attend college. Shortly after completing high school, he moved to South Korea to join S.M. Entertainment as a trainee.

What is Kris Wu Famous For?

Kris Wu initially rose to fame as a member of the boy band, EXO. Since then, he has also made a name for himself as a solo singer and as an actor.

Kris Wu currently lives in South Korea. Photos of his house are not available.

What Kind of Vehicle Does Kris Wu Drive?

Information on Kris Wu’s vehicle is unavailable at this time.

How Much Money Did Kris Wu Make Last Year?

Information on Kris Wu’s annual earnings for 2017 is not available.

Want to know what he’s up to? How about following him on social media? You can find Kris Wu on Twitter at @KrisWuOfficial_ or on Instagram at @Kriswu. On Facebook, you can also check out his official fan page here.