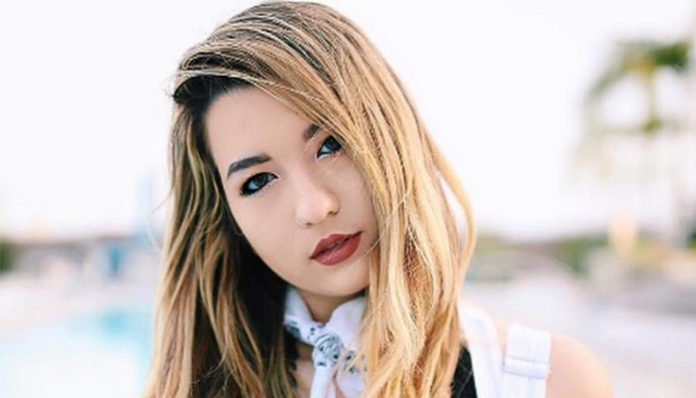 A popular YouTuber, Mia Stammer rose to fame for her fashion and beauty videos. To date, her tutorials have gained her more than 4.1 million subscribers on the site. If anything, her popularity has only been on the uprise over the past couple of years- as of 2018, she has millions of fans around the world.

Aside from YouTube, the 21-year-old beauty guru is also active on other social media platforms such as Twitter, Instagram, and Facebook. In fact, she has already amassed more than 1.8 million followers on the photo-sharing app alone.

How rewarding is her YouTube career? How much does she make off her videos? Is it enough for her to make a decent living? What rich is the 21-year-old YouTuber? From our research, Mia Stammer’s current net worth is around $350,000. How much of this came directly from her YouTube revenue? What other things does she have going for her? Hopefully, we’ll be able to answer some of these questions for you below.

How did Mia Stammer Make Her Money & Wealth?

Born on August 1, 1994, in Okinawa, Japan, she moved to Los Angeles, California, as a young child. Prior to making videos, she worked as a waitress at a small restaurant for three years. Ultimately, it wasn’t until she started watching YouTube videos one summer, that she realized it might be fun to create her own channel. Alas, she launched her page, MamaMiaMakeup in September 2010.

Since then, she has gained more than 4.2 million subscribers, with over 294 million lifetime views. Though she initially rose to fame for her beauty tutorials, she has since begun to include other content such as vlogs and music videos, to her channel. As of 2018, her most-viewed video, Back to School: Then vs Now has been played more than 18.7 million hits.

With those kinds of numbers, it’s obvious that her YouTube channel is capable of bringing in a decent amount of income. Assuming that all of her videos are monetized and that she makes upwards of $5 per 1,000 ad views, she would have already yielded close to ~$600,000 from her channel so far.

In addition to her main YouTube channel, the 21-year-old also has a second channel dedicated to her vlogs. Though not as popular as her beauty account per se, it has gained more than 1.1 million subscribers since its launch in 2013. In terms of view count, it has also received more than 75.6 million views over the past four and a half years.

To date, her most popular vlog to date, I Could Be Pregnant…has been viewed over 3.5 million times. Some of her other top hits include Back to School Shopping 2016, We Broke Up, and Watching Sierra Get Engaged. Assuming that her vlogging channel is also monetized, it would provide her with yet another source of income.

How much has her vlogs earned her so far? For simplicity’s sake, assuming that she makes a couple of dollars per 1,000 ad views, her earnings so far would be close to ~$60,000 before Google’s cut.

With time, as her fan base continues to grow, it’s likely that her online revenue will continue to rise as well.

While she isn’t married, she is currently dating fellow YouTuber, Kyle Hatch.

Does Mia Stammer Have Any Children?

As far as we know, Mia Stammer does not have any children.

Did Mia Stammer Go to College?

From what we know, Mia Stammer has not gone to college. Instead, she has been focusing her attention entirely on her YouTube career.

What is Mia Stammer Famous For?

Mia Stammer currently lives in Los Angeles, California. Photos of her house are not available.

What Kind of Vehicle Does Mia Stammer Drive?

We do not have any information on Mia Stammer’s vehicle, unfortunately.

How Much Money Did Mia Stammer Make Last Year?

Information on Mia Stammer’s annual earnings for 2017 is not available.

Over the past year, the twenty-something has been busy updating her two YouTube channels on a regular basis.