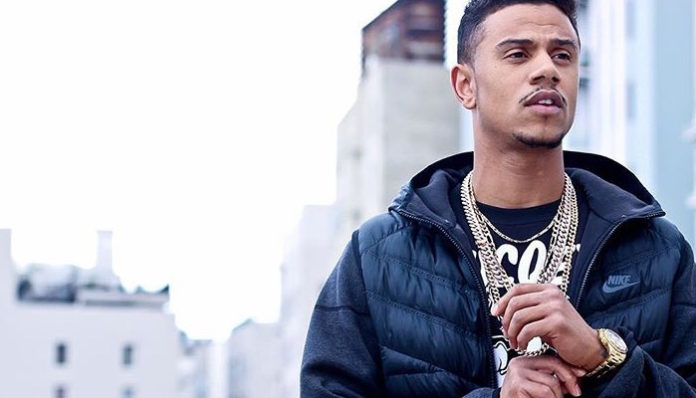 A hip-hop artist, Lil’ Fizz is best known as the youngest member of the R&B boy band, B2K. In the early 2000’s, the group released a number of albums such as Pandemonium! and You Got Served. After they broke up in 2004, he launched a solo rapping career.

His debut single, Fluid was released in 2006. A year later, he dropped his first solo mixtape, Payday. Since then, he’s come out with several additional hits including Becky, Famous, and Good Lotion.

In addition to his musical endeavors, he has also appeared on television a handful of times. In fact, he has been featured in VH1’s Love & Hip Hop: Hollywood since 2014.

How successful is the 32-year-old rapper now? How rewarding has his career been? How much is he worth nowadays? From our research, Lil Fizz’s 2018 net worth is around $2 million. How did he earn his money? We’ll be exploring this question below.

How did Lil Fizz Make Her Money & Wealth?

Born on November 26, 1985, in New Orleans, Louisiana, Lil Fizz had aspired to be a rapper ever since he was young. Not long after moving to Los Angeles, California, he founded a boy band called B2K- Boys of the New Millennium, in 1998. Other members of the group included J-Boog, Omarion, and Raz-B.

In charge of the backing vocals and rap portions, he contributed to a number of their tracks including Uh Huh, Bump, Bump, Bump, and Girlfriend, all of which proved to be major hits in the US. Their self-titled debut album, B2K was released in 2002. Responsible for their rise to fame, it had charted at number 2 on the Billboard 200.

Over the next two years, the group continued to drop new projects such as Pandemonium!, Santa Hooked Me Up, and You Got Served. If anything, they had successfully made themselves known in the hip hop realm. During the peak of their popularity in the early 2000’s, they headlined three tours- the Scream Tour I, II, and III. Naturally, as a member of B2K, Lil Fizz would have pocketed some decent earnings from said endeavours.

After the group disbanded in 2004, the rapper decided to pursue a solo music career. His debut single, Fluid was dropped in 2006. A year later, he put together his first extended play titled, Payday. Since then, he has also released the Night Life EP, which is a collaboration with J-Boog. In terms of singles, he has issued several titles over the past few years including Becky, Good Lotion and Famous.

Aside from his music ventures, the rapper has also appeared in a handful of television shows. For instance, he has been featured in The War at Home, Pranksta, and All That. Perhaps the most noteworthy of all, however, is his time on the VH1 reality series, Love & Hip Hop: Hollywood.

In terms of films, he’s also worked on the titles, You Got Served, Steppin: The Movie, and Hype Nation 3D.

According to recent reports, he is currently dating Tiffany Campbell. In the past, he has dated Nikki Mudarris, Mia Riley, and Kamiah Adams, among a few other women.

Does Lil Fizz Have Any Children?

Yes, he has two children from previous relationships.

Did Lil Fizz Go to College?

From what we know, Lil Fizz did not attend college.

What is Lil Fizz Famous For?

Lil Fizz rose to fame as a member of the R&B boy band, B2K in the early 2000’s. Since their disbandment in 2004, he’s been involved with other projects- one of which involves the VH1 reality series, Love & Hip Hop: Hollywood.

What Kind of Vehicle Does Lil Fizz Drive?

Information on Lil Fizz’s vehicle is unavailable at this time.

How Much Money Did Lil Fizz Make Last Year?

Information on Lil Fizz’s annual earnings for 2017 is not available.

As mentioned earlier, he has been featured in the VH1 reality show, Love & Hip Hop: Hollywood since 2014. Though he was initially a member of the main cast, he has been appearing as a supporting character since 2017.

Want to support the hip hop artist? If so, how about following him on social media? You can find Lil Fizz active on a few platforms including Twitter (@IAmLilFizz) and Instagram (@AirFizzo). On Facebook, you can also check out his official fan page by clicking here.