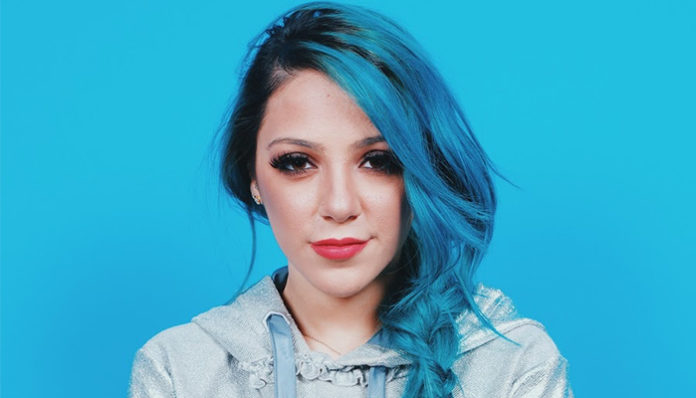 A beauty and fashion guru, Niki Demartino is best known for the YouTube channel, Niki and Gabi, which she runs with her twin sister. Incredibly popular, the pair has already amassed more than 6 million subscribers (and counting) on the site. Their first video was published on September 3, 2012.

In addition to their main channel, the sisters also run a secondary channel with their older sister, Alex. Though not as popular as the former per se, they have racked up over 200,000 subscribers as of 2018. Aside from their YouTube career, she and Gab have also launched a music career. Their debut single, It was released in the summer of 2015.

Considering the earning potential of YouTube, is it fair to assume that the twenty-something makes a decent amount from the site? How much have the sisters made from their videos over the years? How rich is Niki Demartino? From what we can tell, her current net worth is around $1 million. Let’s take a look at a breakdown of her earnings below.

How did Niki Demartino Make Her Money & Wealth?

Born on May 5, 1995, Niki Demartino is one of four children; aside from her twin sister Gabi, she also has an older sister named Alex, and a younger brother named Anthony. At the age of seventeen, she and Gabs launched their collaborative YouTube channel under the username, “NikiandGabiBeauty.” On the same day as the launch of their channel, they uploaded their first video, Demi Lovato Inspired Curls Tutorial.

Though they initially rose to fame for their beauty tutorials, they’ve since added other content to their channels such as comedy, music, and haul videos. As of March 2018, they’ve amassed more than 6.4 million subscribers with over 718 million lifetime views. Today, their most popular uploads include How Sisters Fight, Celebrities in High School, Expectations vs. Reality of being a Sister, and 40 Last Minute DIY Halloween Costumes.

With the views that they receive, it’s obvious that the YouTube channel serves as a major source of income for the sisters. According to sources such as Nailbuzz, the duo garners 700,000 views on a daily basis. Assuming that these views are monetized, their videos would generate over $1,000 per day- this works out to be a six-figure salary after doing the math.

Aside from their joint channel, Niki also has her own YouTube channel under the name, “Nikidemar.” Launched in 2014, she has gained over 1.2 million subscribers to date. Unlike her and her sister’s channel, she mostly posts individual vlogs on her secondary account. Though it isn’t as popular as “Niki and Gabi,” it’s likely that it also brings her a stream of revenue.

What else does the twenty-something have going for her? Well, for one thing, she and her sister had also released a single titled, First in 2017.

For those who are interested in supporting the YouTuber, she also has an official merchandise store, which you can visit here. Looking at the shop now, there’s a variety of t-shirts and sweaters available for sale.

No, she is not married. Since 2017, she has been dating Nate West, a fellow YouTuber.

Does Niki Demartino Have Any Children?

Niki Demartino does not have any children that we know of.

Did Niki Demartino Go to College?

Yes, as far as we can tell, she is currently attending college.

What is Niki Demartino Famous For?

Niki Demartino rose to fame for her and her sister’s joint YouTube channel, Niki and Gabs. Since then, she’s also launched a solo YouTube channel under the name, “nikidemar.”

Niki Demartino currently lives in Los Angeles for her YouTube career. Further details are not available.

What Kind of Vehicle Does Niki Demartino Drive?

Information on Niki Demartino’s vehicle is unavailable at this time.

How Much Money Did Niki Demartino Make Last Year?

Information on Niki Demartino’s annual earnings for 2017 is not available.

What has she been up to recently? Over the past few months, Niki Demartino has been diligent about updating both of her YouTube channels on a regular basis. If you haven’t already subscribed to her channel, be sure to do so!

What is she up to when she isn’t making videos for her channels? You can follow Niki Demartino on a few social media sites such as Twitter (@Nikidemar) and Instagram (@Niki). On Facebook, you can also give her a like by visiting her official fan page here.