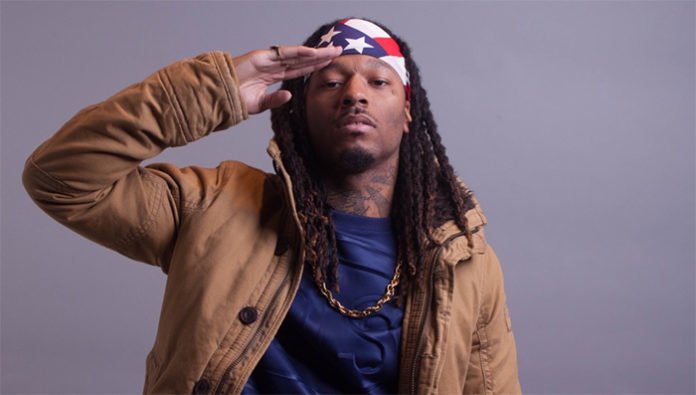 A Chicago-based rapper, Montana of 300 is best known for incorporating drill, R&B, and trap beats into his music. Cursed With a Blessing, was his first mixtape that was dropped a few years back in 2014. Since then, he has released a couple of studio albums as well, one of which includes Fire in the Church, which charted on the Billboard 200.

Outside of his music career, he has also appeared on television a few times. For instance, he had made a brief appearance as a prisoner in Empire in 2015. More recently, he also played a minor role in the drama series, The Quad.

How is the artist doing for himself nowadays? How successful is he in the music realm? From what we can find online, Montana of 300’s current net worth is around $2 million. What has contributed the most to his wealth? Hopefully, we’ll be able to find the answer below, as we take a more in-depth look at his career.

How did Montana of 300 Make His Money & Wealth?

Born on March 3, 1987, in Chicago, Illinois, Montana of 300 was raised in the city of Peoria with his five siblings. Growing up, life at home proved to be difficult as both of his parents suffered from substance abuse. As a means of escape, he often found himself listening to music; some of his favorite artists included Jay Z, Tupac, Lil Wayne, and DMX. By the time he was fifteen, he had taken up rapping. Later in his early twenties, he formed a music group called “300” with a few high school friends.

After a few years of working together, he released his first solo mixtape, Cursed with a Blessing in 2014. A solid effort, it gave rise to a few popular songs including Fuck Her Brains Out, Holy Ghost, and Ice Cream Truck.

His first album, Fire in the Church, was later released in the summer of 2016. Featuring guest appearances from artists such as J-Real, Jalyn Sanders, and Talley of 300, it contained 18 new tracks, including Here Now, Daddy Used to be the Plug, and Bad as Hell. On Soundcloud, the playlist has been played over 28,000 times to date.

Exactly one year later, he released a second album titled, Don’t Doubt the God on May 20, 2017. Though not as successful as his earlier title per se, it did reach number 22 on the Top Independent Music Chart. Prior to that, the rapper had also put together a compilation album, No Surrender No Retreat with Fly Guy Entertainment.

Naturally, he would have earned some revenue from the above records. On top of his solo efforts, Montana of 300 has also collaborated with other artists over the past few years such as Innocent, Jewel Montalvo, J Real, and Locx.

At one point in 2015, he also had a cameo role in the musical drama series Empire, where he appeared as a “Jamming Prisoner.” Last year, he also made a brief appearance in the pilot episode of The Quad.

Unfortunately, not much has been revealed about Montana 300’s current relationship status.

Does Montana of 300 Have Any Children?

The father of four, he has two daughters and two sons.

What is Montana of 300 Famous For?

Montana of 300 is perhaps best known for his first album, Fire in the Church, which peaked at 95 on the Billboard Top 200.

Montana of 300 currently lives in Chicago, Illinois. Unfortunately, that’s about all we know about his location at this time.

What Kind of Vehicle Does Montana of 300 Drive?

Unfortunately, we do not have any information on Montana of 300’s vehicle.

How Much Money Did Montana of 300 Make Last Year?

Information on Montana of 300’s annual earnings for 2017 is not available.

Aside from the album (i.e. Don’t Doubt the God) that he released last year, he had also landed a feature in Innocent’s Come Up.

In terms of upcoming projects, he will be dropping a third album titled, Pray 4 the Devil on May 20, 2018.

Want to support the songwriter? If that’s the case, why not follow him on social media? You can find Montana of 300 on a few social media platforms such as Twitter and Instagram at @Montanaof300. On Facebook, you can also check out his fan page here for the latest news and announcements.