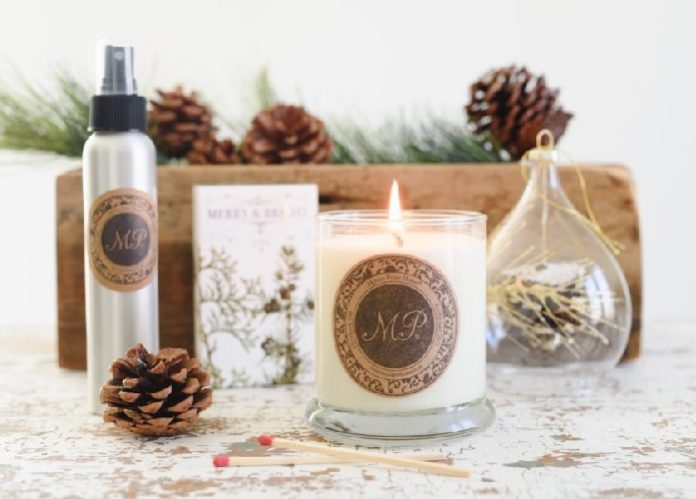 Monica Potter Home Before The Profit

When Marcus Lemonis visits a struggling business on the profit, the entrepreneur who has asked for his help is usually a stranger to us at the start, and a familiar face by the end of the episode, but Monica Potter, owner of Monica Potter Home was already a familiar face to many television viewers.

Monica is a Golden Globe-nominated actress, best known for her starring role in NBC’s drama ‘Parenthood’, in which she appeared from 2010 to 2015. Monica’s on-screen presence is usually that of a strong woman who is rarely flustered and can deal with anything, and although her appearance on The Profit confirmed that she’s a strong lady with a forthright character in real life, it also showed that too much pressure can affect all of us in the same way.

Monica had opened her first beauty store, Monica Potter Home in 2014 in Garrettsville, Ohio. A second location in downtown Cleveland had followed, but it wasn’t long before that one had been losing money fast, and it had quickly closed. Now operating just the one store again, Monica had a business that was losing in excess of $100,000 a year, and she was in danger of losing the $1 million she had invested unless Marcus could turn things around.

Monica Potter Home on The Profit

When Marcus visited Monica Potter Home in Garrettsville, he was at first impressed by the warm, friendly atmosphere, but he quickly noticed that the products on offer were a strange mix of beauty products, jewelry, clothing, and ornaments. He meets Jess, Monica’s sister, who tells him that their father was an inventor, and that’s why Monica was inspired to invent her own Sea Buckthorn balm, but he also learns that Monica’s work and family commitments in LA mean that she only visits the store once every month or so.

Caity is the Director of Operations at the store, and after talking to her, Marcus finds out that sales are around $2,700 a week, but the store needs $5,000 weekly in order to break even. He was expecting to meet Monica at the store too, but there’s no sign of her. Eventually, Monica turns up and greets Marcus with ‘You’re really cute’, but Marcus is immune to flattery, and fires back with ‘And you’re really late’, but he’s got a smile on his face and the atmosphere is still friendly.

Marcus discusses the products for sale, pointing out that there’s a very unfocused feel to the store, it’s almost like a flea market or a country store, and it’s quickly clear that nobody there seems to know what the inventory is worth. Marcus detects an undercurrent of tension between Monica, her sister, and the staff who work at the store, and communication is clearly lacking between them. Jess admits that she had stopped working at the store in the past, because of tension between her and Monica, and poor communication seems to be the root cause of most of the issues.

Marcus meets company accountant Al, who confirms that 60% of the annual revenue of $450,000 comes from online sales, and there’s a fantastic profit margin of 80% on the Monica Potter branded beauty products, but even with that profitable side to things and a revenue of $427,000 in 2016, the company is still losing over $100,000 a year. The poor communication is once again highlighted when Monica admits she didn’t know the annual revenue figures, and Marcus is concerned about her lack of knowledge about the financial side of things.

Marcus tells Monica that the business needs ‘cataclysmic change’, but with so much room for improvement, and those amazing profit margins, he is prepared to make her an offer. He offers a $100,000 investment for a 50% stake in the company, and although Monica is concerned that she has invested $1 million, and will now only own the other 50%, she agrees to the deal after Marcus points out that he’s not going to be paying for her previous mistakes. With Marcus now in control of things, he proposes a whirlwind of changes. He would like to define a bigger role for Jess, and he wants Monica to trust Caity’s decisions, and finally, he wants to organize the clutter in the store by narrowing the products available.

After getting the staff to pick the best-selling items, Marcus proposes that the company concentrate on four distinct categories, that of home fragrances, textiles, beauty products and gift sets. All the staff seems enthusiastic about the idea, but Monica gets flustered and says she needs time to think about it. Eventually, Marcus insists that she trust his judgment, and she agrees to go forward with the new product focus.

It’s becoming clear to Marcus that Monica is highly resistant to change, and there’s plenty of emotional tension between her and Jess too, with Monica feeling that she owes the success of the business to her late father’s memory. Marcus takes her to the Emerson Health Care Group, for some advice about branding her products, but once again Monica becomes agitated quickly when her established ideas are challenged.

Marcus encourages Monica to trust her staff, and him, and goes ahead with setting up a computerized inventory and sales tracking system so that Monica can monitor the business from LA, and be able to trust that Caity is keeping things on track. But a few days later Marcus receives a call from Caity, who tells him that Monica has now ‘Pulled the plug’ on the new product category idea, and Marcus arranges to meet Monica in LA to discuss her recurring resistance to changing things.

Monica admits she has issues trusting anyone else, even Marcus, and the two of them then visit Chloe, one of Marcus’ best graphic designers to view some new packaging ideas. Almost predictably Monica doesn’t like any of the new packaging designs and tells Marcus that Jess is the artist in the family, to which he suggests that Jess and Chloe work together on the new packaging.

Marcus is already concerned, and even annoyed, that Monica cannot seem to agree to any changes in the business, or if she does agree to new ideas, she later changes her mind, and he’s detecting an on-going pattern of resistance that must change if he’s to be involved with Monica Potter Home. The final straw comes when he and Monica visit Agilex, a company that designs custom fragrances. They suggest several new ideas for customized fragrances, but Monica dislikes every suggestion. Eventually, Monica becomes agitated again and leaves before the meeting is finished.

Marcus sits down with Monica, Jess, and Caity, and he admits that when there are two strong personalities involved in a business, in this case, it’s Monica and himself, then there will always be tension as a business needs one leader in order to stay on track. He admits that his involvement with Monica’s business won’t work out in the long run, and he withdraws his offer, but he tells her that all the resources he has that will help the business are still available at no cost. Marcus feels that the company is in a better place than when he first visited Monica Potter Home, but sometimes, it’s just better to ‘Get out while you’re ahead’.

Monica Potter Home After The Profit

Marcus walked out of a deal with Monica Potter hoping that he had left on a positive note, and both he and Monica have spoken on social media since the episode first aired confirming that they have remained friends, and even though Marcus withdrew his offer, at least some of his suggestions do seem to have been implemented on the home website.

The products available have now been organized into five neat categories, skin care, kitchen & gourmet, home goods, textiles and gift sets, and the website is professionally designed, and stylishly easy on the eye. The Monica Potter logo and product branding that Monica was so reluctant to change on the show, has however remained the same as it’s always been.

The retail branch of Monica Potter Home in Garrettsville only opens from 10 am to 4 pm three days a week, and although Yelp rates it 5 out of 5 stars, that’s based on just two reviews, but the Facebook page for the store seems to have attracted far more attention. Over 20,000 people follow the frequent company updates on Facebook, and the reviews there are highly impressive. Out of 174 reviews, 163 of them rate the store as 5 out of 5 stars, and although there are a few bad reviews, they have clearly been generated by The Profit episode rather than the quality of goods on offer, and there are many that speak of the friendly professionalism of the staff in the store.