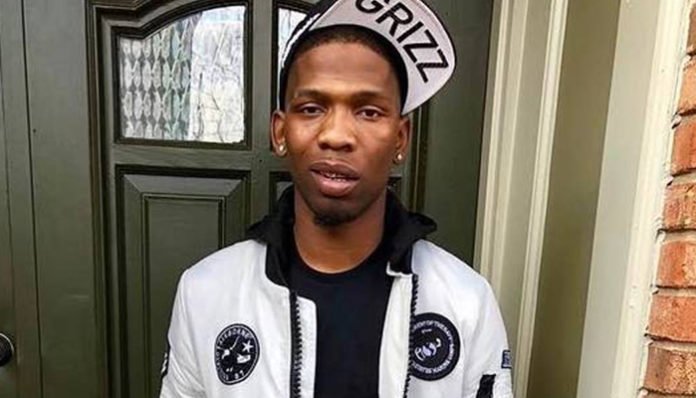 An emerging rapper, BlocBoy JB recently gained attention for his single, Look Alive (Feat. Drake), which charted at number five on the Billboard Hot 100. Still a relative newcomer, he has since also worked with 21 Savage on the track, Rover 2.0.

Though he has yet to drop a studio album, he has come out with a number of mixtapes over the past two years including, Who Am I, The Purple M&M, and Grape Juice. Just this year, he also delivered a new project titled, A Few Grapes, which boasted several new tracks.

How rewarding has his rap career been so far? How much has the 21-year-old managed to pull in from his record sales so far? How is he doing for himself? From what we can gather, BlocBoy JB’s current net worth is around $200,000. Aside from his mixtapes and singles, what else has contributed to his wealth? Let’s take a look at this below.

How did BlocBoy JB Make His Money?

Born on May 19, 1996, in Memphis, Tennessee, BlocBoy JB began writing his own rhymes in his early teens, not long after moving to Raleigh. From there, he eventually met Tay Keith, whom he started to collaborate in the early 2010’s. Growing up, he was raised single-handedly by his mother, as his father was serving a 25-year long sentence in jail at the time of his birth.

As a rapper, he began to share his music on SoundCloud in 2012. A few years later, he put together his first mixtape titled, Who Am I, which gave rise to the song, No Chorus Pt. 6– a surprise hit that went on to garner two million views on YouTube. Riding on the momentum, he later followed up with two additional mixtapes that year, Grape Juice and Who Am I 2.

Continuing to follow through with his goal of one day becoming a top rapper, he dropped three mixtapes in 2017- Who Am I 3, Loco, and The Purple M&M. Some highlights from the projects include Beast Mode, Shoot, Praise The Lord, and Swim and No Complaints.

Despite the said mixtapes, it wasn’t until earlier this year that his popularity spiked. On February 9, 2018, he dropped a single titled, Look Alive which featured Canadian rapper Drake. His most successful release to date, it became his first top 10 hit after entering the Billboard Hot 100 at number 6. Outside of the US, the single also charted in Canada, Belgium, Australia, the UK, among many others.

Responsible for his huge wave of popularity, its accompanying music video has since been viewed over 92 million times on YouTube. With how successful it has been, it’s only natural that the rapper would have received a significant amount of royalties from the single.

Since then, BlocBoy JB has also released a track titled, Rover 2.0, which features 21 Savage. In addition to that, he had dropped a new mixtape dubbed, A Few Grapes in early 2018.

What else contributes to his overall income? Well, there’s also the concert performances that he puts on from time to time.

No, he is not married. From what we can tell, BlocBoy JB is currently single.

Does BlocBoy JB Have Any Children?

No, he does not have any as far as we know.

Did BlocBoy JB Go to College?

No, BlocBoy JB has not attended college. Instead, he chose to pursue a music career full-time.

What is BlocBoy JB Famous For?

BlocBoy JB recently gained widespread acclaim for his breakthrough hit, Look Alive (Feat. Drake), which has since been played over 92 million times on YouTube.

What Kind of Car Does BlocBoy JB Drive?

Unfortunately, we do not have any details on BlocBoy JB’s vehicle.

How Much Money Did BlocBoy JB Make Last Year?

Details on the rapper’s 2017 earnings are not available.

As mentioned above, the rapper had won critical acclaim for his recent single, Look Alive, which featured Canadian rapper Drake. His most successful record to date, it had charted as high as number 5 on the Billboard Hot 100.

In terms of other recent projects, he had also dropped a mixtape dubbed, A Few Grapes earlier this year.

Want to support the artist? If so, why not follow BlocBoy JB on social media? You can find him on Twitter and Instagram at @Blocboy_JB. On Facebook, there’s also his official fan page which you can visit here.