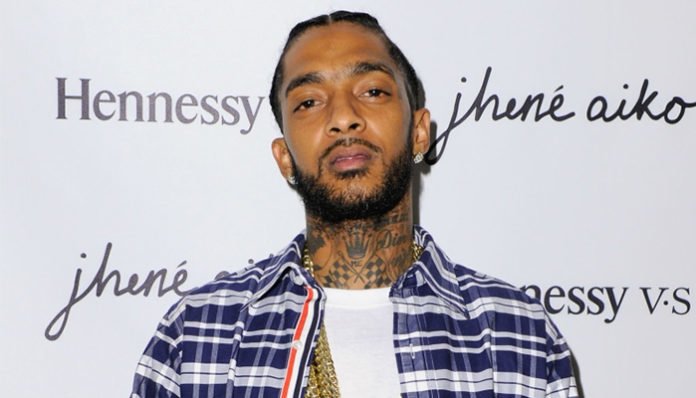 An American rapper, Nipsey Hussle has been making his own music since the mid 2000’s. His debut mixtape, Slauson Boy was issued in 2005. With that said, it wasn’t until earlier this year- with the release of his first studio album, that he started to receive mainstream attention. Titled, Victory Lap, the project had risen to number four on the Billboard 200.

Aside from his rap career, he has also appeared in a handful of films on the side. For instance, his credits include I Tried, Three Thug Mice, Malice N Wonderland, and Love Chronicles: Secrets Revealed. In 2016, he even launched The Marathon Agency with a few business partners.

With all that he’s involved with, is it safe to assume that he’s doing fairly well for himself? How rich is he? From our research, Nipsey Hussle’s current net worth is around the $4.5 million mark. Wondering where this money came from? Let’s find out.

How did Nipsey Hussle Make His Money & Wealth?

Born on August 15, 1985, in Los Angeles, California, Nipsey Hussle was raised in the neighborhood of Crenshaw in Southern LA. In 2005, he put together his first mixtape, Slauson Boy Volume 1, which he shared as a digital download. From there, he took a short break before returning with two new projects- Bullets Ain’t God No Name Vol. 1 and Vol. 2 in 2008.

Over the next few years, he released a number of mixtapes, all of which cemented his place in the music scene. Some of these projects include Crenshaw, The Marathon, The Marathon Continues, Mailbox Money, and Slauson Boy 2.

In 2012, he also teamed up with Blanco for a collaboration album titled, Raw, which was released through Guerrilla Entertainment. Following that, he put together two compilation albums- Nip Hussle the Great Vol. 1 and Vol. 2 in 2013.

Despite all that, however, it wasn’t until earlier this year, with the release of his debut studio album, Victory Lap, that he gained widespread attention. Released through Atlantic Records, it peaked at number four on the Billboard Top 200, with over 53,000 sales in the first week. A 14-track project, it featured various guest artists including Puff Daddy, Stacy Barthe, Kendrick Lamar, and Buddy, to name a few. An overall success, it has since spawned two singles, Last Time That I Checked and Rap Niggas, both of which were met with positive reviews.

As a featured artist, Hussle has also worked with numerous artists over the past decade such as Childish Gambino, Rom Eazai, YG, Jadakiss, and King Lil G, to name a few.

Considering the fact that he’s a rapper, it only makes sense that a portion of his income comes from record sales. Aside from his music career, however, he has also appeared in a few films on the side. For instance, he made his acting debut in the 2007 film, I Tried. Since then, he has also appeared in Three Thug Mice, Malice N Wonderland, Caged Animal, and Love Chronicles: Secrets Revealed.

As far as we can tell, he is not married. With that said, he has been in a relationship with Lauren London for a few years.

Does Nipsey Hussle Have Any Children?

With Lauren London, he has a child who was born in 2016. Both of them also have children from previous relationships.

Did Nipsey Hussle Go to College?

From what we know, Nipsey Hussle did not attend college.

What is Nipsey Hussle Famous For?

Nipsey Hussle recently gained widespread attention following the release of his debut album, Victory Lap in February 2018. A major hit, it reached as high as number four on the Billboard Top 200.

Nipsey Hussle currently lives with his partner and children in Los Angeles, California. Photos of his house are not available at this time.

What Kind of Vehicle Does Nipsey Hussle Drive?

Information on Nipsey Hussle’s vehicle is unavailable at this time.

How Much Money Did Nipsey Hussle Make Last Year?

Information on Nipsey Hussle’s annual earnings for 2017 is not available.

As mentioned earlier, the rapper most recently put together his debut album, Victory Lap, which was released on February 16, 2018. Met with positive reviews, it peaked within the top five on both the Billboard 200 and Top R&B Albums chart.

Want to support Nipsey Hussle online? If so, how about following him on social media? You can find him on Twitter at @NipseyHussle or on Instagram at @NipseyHussle. On Facebook, he also has an official fan page that you can check out here.