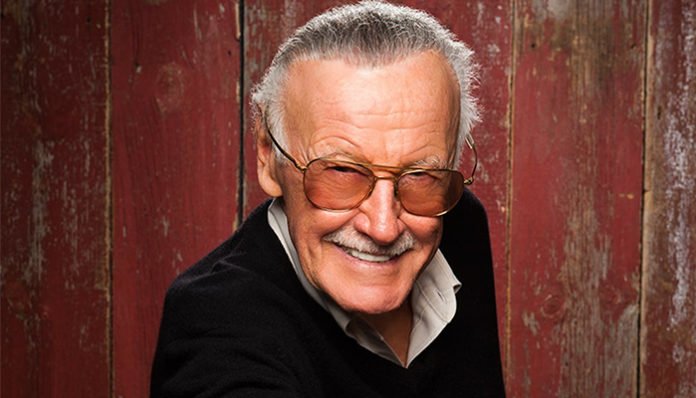 A comic book writer, Stan Lee has worked on numerous series throughout his career including Spider-Man, X-Men, Fantastic Four, and Doctor Strange, among many others. For many years, he was also the editor-in-chief of the Marvel Comics Group.

Over the years, he has made numerous appearances in various Marvel television and film projects. For instance, he has lent his voice to The Spectacular Spider-Man, X-Men, and Hulk and the Agents of S.M.A.S.H. On the big screen, he has also made cameos in Man-Thing, Fantastic Four, Iron Man, and The Incredible Hulk, among others.

How wealthy is the famous comic book writer? How much has he earned from working with Marvel over the past several decades? From what we can gather, Stan Lee’s 2018 net worth is said to be around $50 million. What are some of his standout projects? Let’s take a look below, shall we?

How did Stan Lee Make His Money & Wealth?

Born on December 28, 1922, in Manhattan, New York, Stan Lee was highly influenced by books and movies as a young child, particularly those centering around superheroes. As a teen, he enjoyed writing which led him to work several part-time jobs for local press releases and news services. With the help of his uncle, he eventually became an assistant at a comic book publisher in 1939.

With time, he was eventually promoted to writing comics, instead of filler. During the mid-1950’s, he wrote a number of stories for Atlas Comics, including those of the romance, horror, suspense, and sci-fi genres. Following the revival of the superhero archetype in the late 1950’s, he was assigned to come up with “a new superhero team” by the publisher. With that, he came up with his first group, the Fantastic Four.

Incredibly popular, the creation of X-Men, Iron Man, Hulk, Thor soon followed over the next years. Revolutionary characters, they proved to be a huge hit among readers. By the late 70’s, his work had led him to become the public face of Marvel Comics. In addition to comic book writing, he also started to develop Marvel’s movie and television projects at that time. By the early 90’s, it was said that he was bringing home over $1 million a year.

In the recent years, Lee has made numerous cameos in films such as Avengers: Age of Ultra, Guardians of the Galaxy, Iron Man 3, Thor: The Dark World, and The Amazing Spider-Man. On television, he has also made appearances the shows Mallbrats, Chakra the Invisible, Mission Marvel and Avengers Assemble.

In the past, he has also written three autobiographies- the latest title, Amazing, Fantastic, Incredible, was published in 2015.

He was married to Joan Boocock Lee for many decades. After suffering from a stroke, she died of complications in 2017, she was 95 years old.

Does Stan Lee Have Any Children?

He had two daughters with his wife- Joan Cecilia Lee and Jan Lee. Tragically, the latter died three days after her birth.

Did Stan Lee Go to College?

No, Stan Lee has not gone to college.

What is Stan Lee Famous For?

Stan Lee is best known for his work with Marvel Comics. A comic book writer, he gave rise to many of today’s popular superheroes such as X-Men, Iron Man, and Thor, among others.

Unfortunately, information on Stan Lee’s location is not available at this time.

What Kind of Vehicle Does Stan Lee Drive?

Unfortunately, we do not have any information on Stan Lee’s vehicle.

How Much Money Did Stan Lee Make Last Year?

Information on Stan Lee’s annual earnings for 2017 is not available.

Over the past year, Stan Lee has made several cameos in the films Thor: Ragnarok, Black Panther, Avengers: Infinity War, Spider-Man: Homecoming, Guardians of the Galaxy Vol. 2 and No Good Dead, among others.

Did you know that Stan Lee is active on social media? That’s right, you can find him on Twitter at @TheRealStanLee and on Instagram at @RealStanLee. On Facebook, you can also support him by liking his official fan page here.