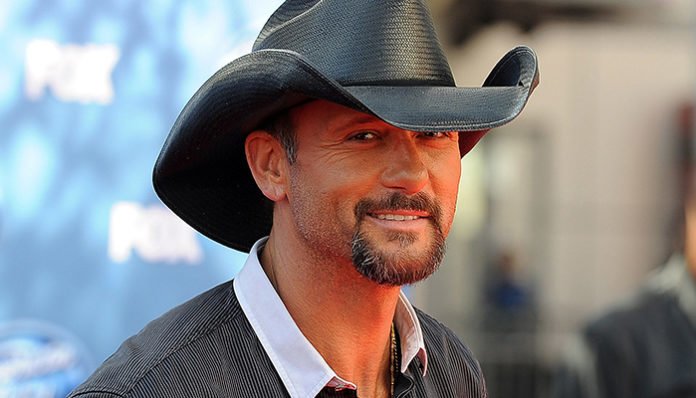 An award-winning country singer, Tim McGraw has churned out numerous hits throughout his career. Some of his most popular records to date include Don’t Take the Girl, It’s Your Love, Live Like You Were Dying, and Highway Don’t Care. His most recent album, The Rest of Our Life was released last fall.

Aside from his music career, he has also acted on several occasions. For instance, he has starred in the films Friday Night Lights, Flicka, Tomorrowland, and The Shawk, among others. In terms of television, he has appeared in shows such as Saturday Night Live and Cake Boss.

How well off is the three-time Grammy Award winner? How much has he earned from his various endeavors over the years? How much is he worth now? From our research, Tim McGraw’s current net worth is estimated to be around $85 million. What are his greatest sources of income? We’ll be focusing on this question below.

How did Tim McGraw Make His Money & Wealth?

Born on May 1, 1967, in Delhi, Louisiana, Tim McGraw was raised in the towns of Richland Parish and Start. Growing up, he had a passion for baseball. In fact, he had attended Northeast Louisiana University on an athletic scholarship following his high school graduation. Ultimately, it was after he had sustained a career-ending injury to his knee, that he began to shift his focus to music. Eventually, in his early twenties, he took up the guitar.

In 1993, he released his self-titled debut album, Tim McGraw. While it yielded him some degree of attention, it wasn’t until he dropped his second album, Not a Moment Too Soon, that he received critical acclaim. A chart topper, it spawned the hits Indian Outlaw, Down on the Farm, Not a Moment Too Soon, and Don’t Take the Girl. Today, it remains to be his most successful record, with over 6 million sales in the United States alone.

Since then, the country singer has added over a dozen albums to his catalog including the popular All I Want, A Place in the Sun, Everywhere, Live Like You Were Dying, and Set This Circus Down. Most recently, he and his wife collaborated on an alum titled, The Rest of Our Life, which hit stores in November 2017.

In support of his albums, McGraw has also headlined a number of tours over the past decade. Most recently, he had traveled for his 2015 Shotgun Rider Tour.

As a record producer, he has also worked on many albums including Jo Dee Messina’s self-titled debut album.

On top of what he’s earned as a music artist, there’s also his TV and film career. On the big screen, he has appeared in numerous titles including Friday Night Lights, The Kingdom, Flicka, Dirty Girl, Tomorrowland, and The Shack. Likewise, he’s also made a number of appearances on television in shows such as Sesame Street, Saturday Night Live, Who Do You Think You Are?, Cake Boss, and Repeat After Me.

Since 1996, he has been married to Faith Hill, a fellow country singer.

Does Tim McGraw Have Any Children?

He has three daughters with his wife.

Did Tim McGraw Go to College?

After completing his secondary education, he went to Northeast Louisiana University on a sports scholarship.

What is Tim McGraw Famous For?

Tim McGraw is famous for numerous hit songs including Don’t Take the Girl, It’s Your Love, Just to See You Smile, Live Like You Were Dying, and My Little Girl, among many others.

Tim McGraw and his family lived in a lavish $18.5 million Tennessee estate for many years before putting it up for sale in the real estate market in 2017.

What Kind of Vehicle Does Tim McGraw Drive?

He drives a Wrangler Mini.

How Much Money Did Tim McGraw Make Last Year?

As mentioned previously, the country singer recently released a joint album titled, The Rest of Our Life with his wife, Faith Hill.

As an actor, he had also co-starred in the drama film, The Shack alongside Sam Worthington and Octavia Spencer.

If you’re a fan, surely you want to know what he’s up to? If so, be sure to follow Tim McGraw on social media- you can find him on Twitter and Instagram at @TheTimMcGraw. On Facebook, you can also join over 8 million others in liking his fan page here.