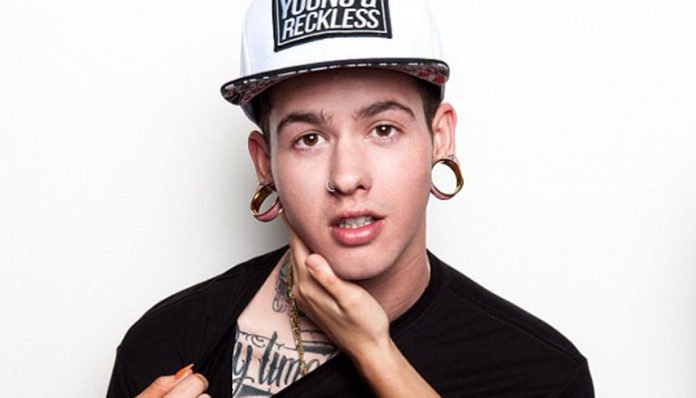 A popular hip-hop artist, T. Mills has released several hits over the years such as All I Wanna Do, and Don’t Need Much. Known for his blend of singing and rapping, his greatest musical inspirations include Bone Thugs-n-Harmony, and Kanye West, among others.

While music may be his main focus, he recently also made his acting debut in Flaked, an original Netflix comedy. Premiered in 2016, he played the recurring role of Stefan. Aside from that, he’s also appeared in the series, F Is For Family and Ridiculousness. For now, it’s unclear whether or not he’ll be participating in any other television titles.

With all that he has going for him, how successful is he? How much money has he banked since his debut? How rich is the 28-year-old? From our research, T. Mills’ current net worth is around $550,000. Where did he earn most of this from? Let’s take this opportunity to find out below.

How did T. Mills Make His Money & Wealth?

Born on April 12, 1989, in Riverside, California, T. Mills has been playing the guitar ever since he received it for his fifth birthday. By the time he was in his mid-teens, he had formed his own punk rock band- to make time for it, he stopped playing sports. Using software such as Logic Pro and Pro Tools, he eventually started to write his own songs in his room at the age of seventeen.

A few years after signing with an indie record label, Mills landed a major deal with Columbia Records. Shortly afterward, he released the mixtape, Leaving Home, which boasted ten original tracks; some highlights include Can’t Take Ur Eyes Off Me, LA It Down, Leaving Home, and Vans On.

The following year, he received a MtvU Woodie Award nomination for Best New Artist. From there, he dropped his second mixtape, Thrillionaire. Another ten-track project, it featured guest appearances from James Fauntleroy II, Audio Push, and Smoke DZA.

Later in 2014, his popularity peaked with the release of All I Wanna Do in 2014. His third project with Columbia Records, it went on to peak at number 16 on the US Rap Albums chart. Since then, Mills has released a third EP titled, While You Wait in 2016.

Aside from what earns from his record sales, the artist also tends to put on concert performances throughout the year. Naturally, this would yield him another source of income. In fact, looking at his schedule now, he has a show scheduled for this summer in Bay City, Minnesota.

Outside of rapping and singing, Mills has also acted on a few occasions. Most recently, he has been playing the recurring role of Stefan in the Netflix original comedy series, Flaked. Prior to that, he also appeared in the shows F is For Family, and Ridiculousness, the former of which is an animated cartoon.

In terms of other television programmings, he has also been invited onto The Playboy Morning Show, Backstage Diaries, and The Late Late Show with James Corden, to name a few.

As of 2017, the rapper’s dating Madelaine Petsch. As of yet, they have not made any statements about getting married.

Does T. Mills Have Any Children?

T. Mills does not have any children as far as we know.

Did T. Mills Go to College?

From what we can gather, it doesn’t look like the rapper went to college.

What is T. Mills Famous For?

A popular rapper, he is perhaps best known for his extended play, All I Wanna Do, which peaked at number 16 on the US Rap Albums chart.

From what we know, T. Mills currently lives in Riverside, California. Photos of his house are not available at this time.

What Kind of Vehicle Does T. Mills Drive?

Information on T. Mills’ vehicle is unavailable at this time.

How Much Money Did T. Mills Make Last Year?

Information on T. Mills’ annual earnings for 2017 is not available.

His most recent release, While You Wait was dropped back in 2016. The last that we had heard, he is currently working on a second studio album- though details on the project have not yet been released.

Want to support the rapper online? How about following T. Mills on social media? You can find him on Twitter at @travismills or on Instagram at @Travismills. On Facebook, he also has an official fan page that you can check out here.