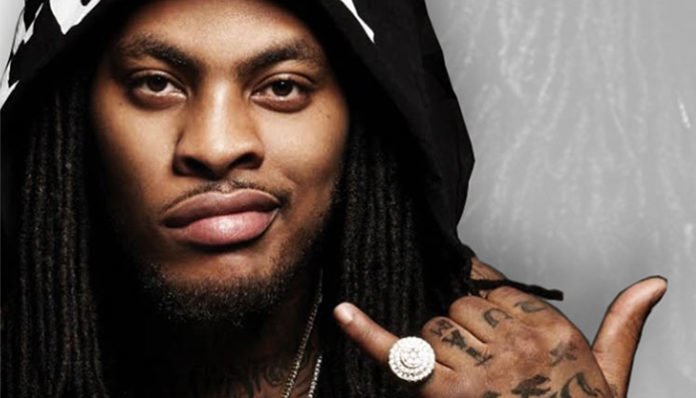 A mainstream rapper, Waka Flocka Flame has released several hit songs including No Hands, O Let’s Do It, and Hard in da Paint, all of which charted in the United States. Currently, he is working on his third studio album, Flockaveli 2, which will be coming out sometime later this year.

In addition to his hip-hop career, he has also appeared in a few TV shows and films. For instance, he has been featured as a supporting cast member in the VH1 reality series, Love & Hip Hop: Atlanta since 2016. Last year, he also appeared on the TV talk show, FishCenter Live.

Considering his popularity, is it safe to assume that he’s fairly well off? How rewarding has his career been over the years? From our research, Waka Flocka Flame’s current net worth is around $7 million. Where did this fortune come from? Let us take a look at his career below- hopefully, we’ll be able to answer this question.

How did Waka Flocka Flame Make His Money & Wealth?

Born on May 31, 1986, in South Jamaica, New York, Wacka Flocka Flame rose to fame after releasing O Let’s Do It in 2009. His breakthrough hit, it reached as high as number 62 on the Billboard Hot 100 not long after its release. Today, it remains to be one of his most popular songs to date.

A year later, he issued his debut album, Flockaveli in the fall of 2010. Primarily produced by Lex Luger, it went on to spawn the 3x platinum single, No Hands (Feat. Roscoe Dash and Wale), which rose to the top of the US Rap Songs chart. The album itself eventually also peaked at number six on the Billboard Top 200. As of 2018, more than 375,000 copies of the record has been sold domestically.

In 2012, the rapper released his second album, Triple F Life: Fans, Friends & Family. Though not as successful as his debut work per se, it did go on to reach number 10 on the Billboard 200. Some notable songs from the playlist include Round of Applause (Feat. Drake), Get Low (Feat. Tyga, Flo Rida, and Nicki Minaj), and I Don’t Really Care (Feat. Trey Songz).

Aside from his two solo albums, he also teamed up with Gucci Mane for a collaborative project titled, Ferrari Boyz in 2011. A decent success, the album went on to reach number 21 on the Billboard 200.

Obviously, a significant portion of his wealth comes from the success of the above albums. With that said, it’s not his only source of income- for instance, he also earns a considerable amount from putting on concerts, and tours throughout the year. In fact, he is currently traveling across Europe for his 2018 tour as we speak.

Aside from his rap career, Wacka Flocka Flame has also appeared in a few films and television series. For instance, he has been a supporting cast member on VH1’s Love & Hip Hop: Atlanta since 2016. In 2017, he was also featured on the TV talk show, FishCenter Live.

Since 2014, he has been married to television personality, Tammy Rivera.

Does Waka Flocka Flame Have Any Children?

No, Wacka Flocka Flame does not have any children that we know of.

No, Wacka Flocka Flame did not go to college. Instead of continuing his studies, he had chosen to pursue a music career.

What is Waka Flocka Flame Famous For?

As a rapper, he is perhaps best known for the songs No Hands, Hard in da Paint, and O Let’s Do It.

Unfortunately, we do not have any information on Waka Flocka Flame’s current location. Photos of his house are not available.

What Kind of Vehicle Does Waka Flocka Flame Drive?

Information on Waka Flocka Flame’s vehicle is unavailable at this time.

How Much Money Did Waka Flocka Flame Make Last Year?

Information on Waka Flocka Flame’s annual earnings for 2017 is not available.

Currently, he is working on a third studio album titled, Flockaveli 2. Assuming all goes according to plan, it will be released sometime in 2018. On television, he has also been appearing on Love & Hip Hop: Atlanta since 2016.

Want to support the rapper on social media? If so, be sure to follow Waka Flocka Flame online- you can find him on Twitter at @WakaFlocka or on Instagram at @WakaFlocka. On Facebook, you can also drop by his official fan page by clicking here.