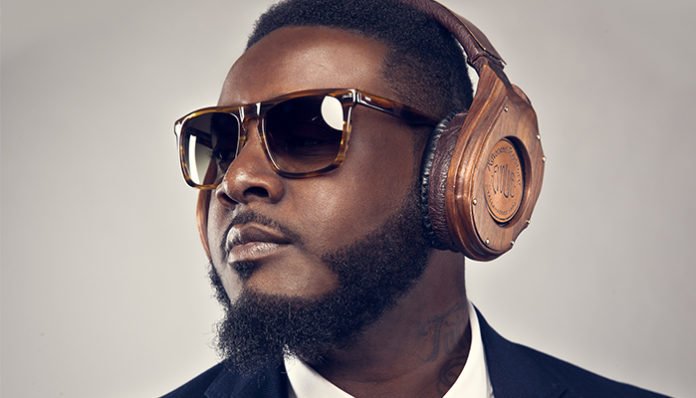 A Grammy Award-winning rapper, T-Pain is known for his hit songs, Can’t Believe It, Bartender, and I’m Sprung, among others. The founder of Nappy Boy Entertainment, he is perhaps best known for popularizing the use of Auto-Tune in the hip-hop realm.

Aside from music, he has also appeared in a number of television shows and films over the years. For instance, he has been featured in The Cleveland Show, Saturday Night Live, Comedy Bang! Bang, and Behind the Music. In 2015, the rapper also played a role in the popular action film, Furious 7. Last fall, he released his latest album, Oblivion, which charted on the Billboard Top 200.

Having said all that, how wealthy is the recording artist? Is he able to afford a lavish lifestyle? From our research, T-Pain’s current net worth is around $35 million. Where did this wealth come from? What are his biggest sources of income? Let’s try to find out, shall we?

How did T-Pain Make His Money & Wealth?

Born on September 30, 1985, in Tallahassee, Florida, T-Pain was only three years old when he first spent time at a recording studio. By the time he was ten, he had transformed his bedroom into a personal studio, complete with a four-track recorder, beat machine, and keyboard. After performing with a group called Nappy Heads in the early 2000’s, he made his solo debut in 2005 with the album, Rapper Ternt Sanga.

A successful debut, it led to the release of two RIAA certified singles, I’m Sprung and I’m ’n Luv (Wit a Stripper) (Feat. Mike Jones). With that said, it wasn’t until 2007 with the release of his second project that his popularity soared further. Titled, Epiphany, his subsequent album was made available in the summer of 2007. A chart topper, it not only peaked at number one on the Billboard 200 but had also reached the top of the US R&B Albums chart.

A year afterward, he followed up with a third album, Three Rings. Popular among fans, over 167,000 copies were sold in the first week; to date, more than 700,000 units have been sold in the United States. Some highlights from the project include Can’t Believe It (Feat. Lil Wayne), and Chopped ’n’ Screwed, the first of which went two times platinum in the US.

Since then, the artist has dropped two additional albums, Revolver and Oblivion. While both charted on the Billboard Top 200 however, they failed to surpass the success of his previous efforts.

Naturally, a significant portion of his wealth stems from the success of the previously mentioned records. With that said, he has another major source of income- concert tours. That’s right, he often travels across the country to put on performances for his fans throughout the year.

Like most popular rappers, T-Pain has also appeared in a number of TV shows such as The Cleveland Show, Saturday Night Live, Aqua Teen Hunger Force, Celebrities Undercover, and Wild ’n Out. As far as movies go, he has also taken part in the titles, Lottery Ticket, The Boss, and Furious 7.

For over two decades, the rapper has been married to his wife, Amber Najm.

Does T-Pain Have Any Children?

He has three children with his wife- two sons named Kaydnz and Muziq, and a daughter named Lyriq.

Did T-Pain Go to College?

No, from what we know, T-Pain has not attended college. Instead of that, he had chosen to focus his attention on music.

What is T-Pain Famous For?

An award-winning rapper, T-Pain is perhaps best known for his hit songs I’m ‘in Luv (Wit a Stripper), I’m Sprung, 5 O’Clock, and Bartender.

Where Does T-Pain Live now? Photos of T-Pain’s House

T-Pain and his family currently live in Florida. Photos of the rapper’s house are not available.

What Kind of Vehicle Does T-Pain Drive?

Information on T-Pain’s vehicle is unavailable at this time.

How Much Money Did T-Pain Make Last Year?

Information on T-Pain’s annual earnings for 2017 is not available.

As mentioned earlier, T-Pain recently dropped his fifth studio album, Oblivion in November 2017. His first solo project in six years, it peaked at number 155 on the Billboard 200. As a featured artist, he had also contributed to the songs Dreams, Lit, and Senza Pagare last year.

If you’re a fan, why not follow T-Pain on social media? You can find him on a few outlets including Twitter at @TPain and Instagram at @TPain. On Facebook, he also has a popular fan page which you can check out here.