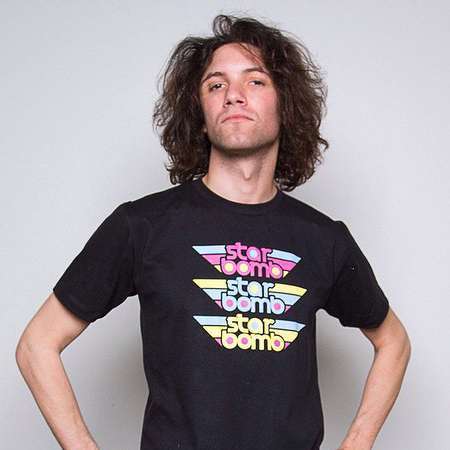 Dan Avidan is one of many multi-talented internet personalities who has combined their many talents into one. Also known by his alter-ego/stage handle Danny Sexbang, Dan Avidan is a comedian, musician, and internet gaming personality. He is one half of the comedy duo Ninja Sex Party with his partner-in-crime Brian Wecht. A longtime musician, he combined his musical skills with his passion for gaming after joining Youtube channel the Game Grumps. Avidan and Wecht are also in a video game parody group with Arin Hanson, one of the founders of the Game Grumps.

A multi-talented musician, writer, and comedian, Dan Avidan is currently one of the most popular internet personalities amongst young gamers along with his co-host Arin “Egoraptor” Hanson. Avidan’s projects span multiple genres and disciplines. His work typically focuses on gaming, but much of it involves comedic parodies. Avidan’s two parody bands, Ninja Sex Party and Starbomb have not only sold an impressive amount of music but generated new fans for the Game Grumps as well.

How Did Dan Avidan Earn his Money and Wealth?

Dan Avidan was born on March 14th, 1979 in Springfield New Jersey to parents Avigdor Avidan and Debra Schwartz. He has Jewish heritage. He attended Dayton High School in New Jersey. Avidan expressed an interest in video games and music from an early age and spent much of his youth working on his music. Although he would study multiple things in college, music was his main passion.

It took Dan Avidan a long time to establish himself in his field. After several years of college, he joined the indie rock band The Northern Hues as their main singer/songwriter. Unfortunately, the group disbanded in 2005 after releasing just one EP. Avidan relocated to Brooklyn the next year to form Skyhill the year. Skyhill was much more successful than Avidan’s previous band – the band released one full-length album and embarked on a brief tour across New York. However, the group parted ways in 2008 due to creative differences.

After his two previous bands disbanded, Avidan sought out a skilled producer to create something that would generate enough success to sustain himself. While studying improv and storytelling at Upright Citizens Brigade Theatre in Brooklyn, Avidan met Brian Wecht. Both performers were inspired by acts like The Lonely Island and Flight of the Conchords, a mutual interest which would serve as the foundation for their next project.

Knowing that Wecht was then serving as the musical director of another comedy troupe, Avidan approached him with the idea of Ninja Sex Party. Avidan had already planned several aspects of the group, but Brian Wecht was key in fleshing it out. Wecht helped to polish up songs, costumes, and characters Avidan had envisioned.

Despite its wacky premise, Ninja Sex Party was happily embraced by the gaming community. The band’s first three albums peaked at number one on the Billboard Comedy Albums chart. Their latter two albums Under The Covers I and II did not peak on Billboard but were more internationally successful.

Dan Avidan became acquainted with many famous and successful people while touring with Ninja Sex Party, including Game Grumps co-founder Arin Hanson. After Jon Jafari (aka JonTron) departed in 2013 to pursue his own career, Hanson chooses Avidan to take his place. The choice was well-received by the community. Hanson and Avidan also created the band Starbomb with Brian Wecht, a gaming-based parody band similar to Ninja Sex Party.

Outside of the Game Grumps and his music, Dan Avidan has contributed his talent to many projects. He has served as a guest on the channels of several other YouTube stars, co-written multiple comedic series, and even has his own football podcast. He is a major contributor to Mighty Magic words, a popular Cartoon Network series created by Kyle Carrozza.