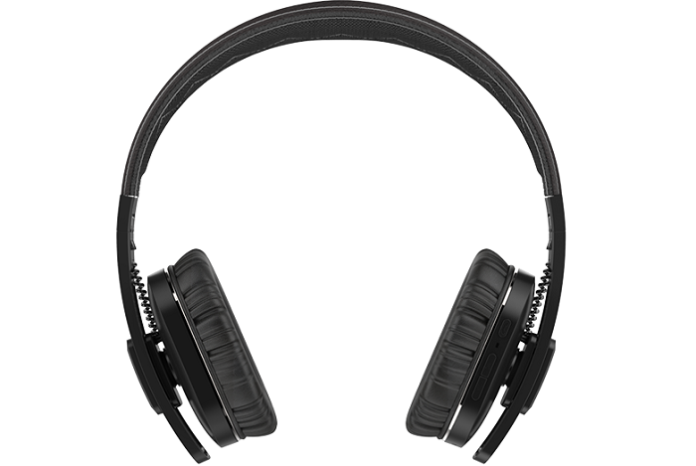 I am a big fan of inexpensive electronics, and there is a lot of that kind of thing on the market right now due to the Chinese export market. I have been lucky enough to get a number of items over the last several months, and not once have I been disappointed. Well, sometimes the phones are a little lackluster, but that’s a carrier issue, not a quality one. These wonderfully inexpensive wireless hybrid headphones from Dodocool are no exception. 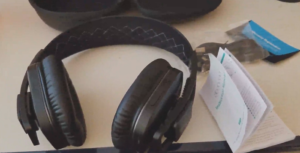 Dodocool makes a huge variety of low-cost electronic devices, from battery packs to USB hubs. I have reviewed a number of them over the years, and by and large, they make fine stuff. I was pleased when these landed on my doorstep, as I listen to a lot of music. I would not call myself an audiophile, but I use my headphones on a daily basis, when out and about. The first impression of these was good, a simple set of headphones, a touch on the large size, but then that just means a better speaker on the inside. They are a little heavier than I expected though, sitting at a little over a pound, but wearing them is very comfortable. They went with a plush foam top, and the ear part sits nicely. There is a lot of leeway in terms of fit, the extendable sections are robust, and hanging them around your neck when you need to talk shouldn’t be a problem for most. In the box, we get the headphones, a manual, the charging cable, micro USB, AUX-in cable, and a foam lined carrier bag. The bag is a nice touch, even if I can’t see myself using it. The headphones are sturdy, fit flush, and are more than up to a bit of a beating, though I don’t recommend you go at it with a baseball bat

I would have liked to see a few more accouterments with the build, but considering the price I am unconcerned. The base price right now is $79.99, and for a set of wireless headphones that is competitive, especially when we consider the quality on offer here. There are a number of discounts available for them right now though, and I am sure I can rustle up something for the bottom of the page. The warranty is the Dodocool standard, which is to say it is okay. 1 year of limited coverage is nothing to write home about, and for the most part that does not cover breakdown due to normal use. I have in the past been able to press that point with some firms, but I feel that in the unlikely event of a breakdown you sort it out via Amazon, they have some of the best consumer protection policies on the market, and it’s what I do when I have problems. I buy a lot of Chinese electronics, and Amazon has saved my bacon more than once. 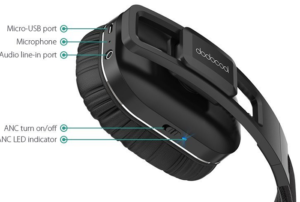 I have been using a cheap pair of wireless headphones for a while now, though I was sure to verify that the quality of the bass was high. Few things get on my nerves as much as tinny audio. The sound quality on offer by the Dodocool Hybrid Headphones is fantastic. The dual 40mm large-aperture driver units and CSR chip do their work well, offering low latency and a superior audio quality. I tried it out with a variety of genres, from old school rock and roll to modern hip-hop, and with a few equalizer tweaks in between the clarity was fantastic. The noise canceling is not bad, though I would be lying if I said it blocked out the entirety of the world, but they do a fine job of filtering out the majority. Once the music is playing I guarantee you won’t hear anything but. The phones use ANC technology, to provide a real-time counter wave to incoming sound. It’s very clever, essentially playing a sound that is the opposite of the incoming sound, canceling it out. It only works on low-frequency noises, like traffic, or the hum of a plane, but it’s still useful, and a fascinating piece of tech. 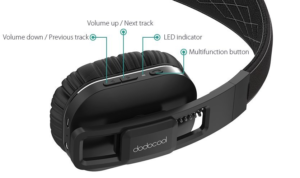 These are wireless headphones, so the speed of connectivity is important. Set up for me took only a minute or so with my phone, though I failed to connect them to my computer after a long time trying. But then, this isn’t the first time I have failed to connect wireless headphones to my computer, probably a problem with my Bluetooth device. Battery life is set to 14 hours, but I haven’t needed to recharge them yet. The best part from my perspective is the AUX-out port. I know, I know, how is that the best part of these wireless headphones, but when you forget to charge them, which is likely to happen, you can simply plug them in instead, really increases the utility to my mind. There is little else in terms of bells and whistles though, and while some might think that a bad thing, something versatile and simple is perfect for me.

Overall there is a lot to like about Dodocool’s wireless hybrid headphones. They look fine, not my favorite design, but they are both sturdy and well made. The package comes with just enough to get the most out of these headphones. The price is excellent, and I am certain it can be made more so with a little discount. I have taken a look at the market right now and while there are a few products that seem to match the quality on offer here, I’ve yet to try them out. The warranty is lackluster, but we knew that going in. Using the headphones is simple, the audio quality is excellent, and the noise canceling solution is implemented well. When we add in the long battery life, and the backup AUX-out port we have a versatile set of headphones. If you are in the market for a new pair then you should consider these.